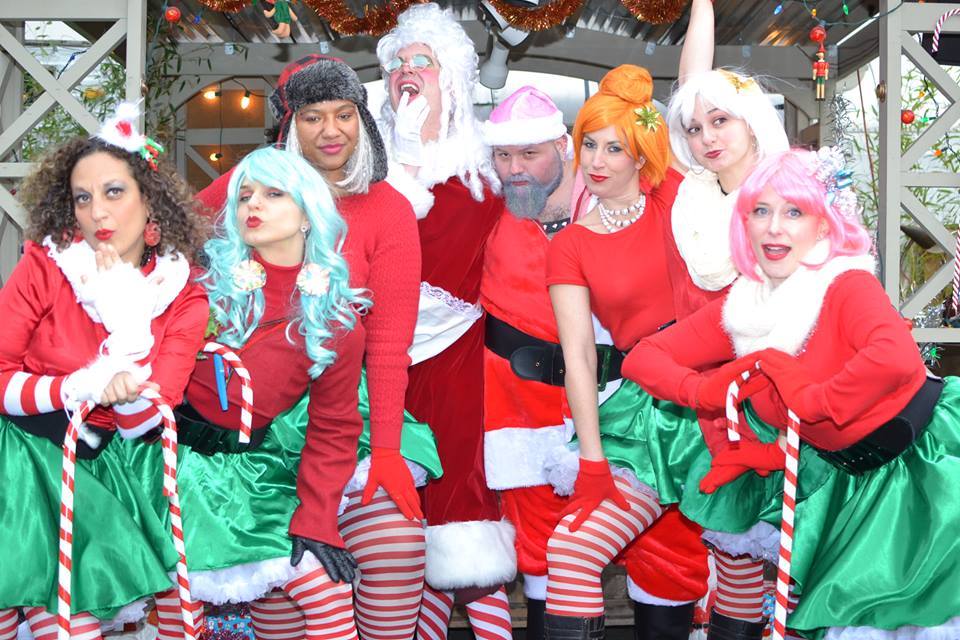 A photo from the Georgetown Trailer Park Mall Bizarre Bazaar.

Every weekend, Georgetown Trailer Park Mall can be found in an unassuming parking lot off Airport Way, a collective of little trailers, Airstreams — and trailers even cuter than Airstreams — selling treasures from local artists and collectors. In addition to the usual suspects (The Shipyard Collective and Royal Mansion Gallery, sellers of everything from jewelry to sculptures), there are upwards of 30 other vendors there. The famous cakemaker Deep Sea Sugar and Salt will be there too. Try the PNW Cake (dark chocolate cake soaked in a local stout and Douglas Fir syrup with semi-sweet Douglas Fir ganache), or the equally tantalizing London Fog (Earl Grey cake, honey soak, bergamot mascarpone filling and Earl Grey cream cheese frosting).

For the latest edition of Puget Soundtrack, in which local musicians create a score for the film of their choice, experimental musician Corey J. Brewer takes on Stanley Kubrick’s 1980 masterpiece The Shining. This isn’t just any showing of The Shining though — it’s the John Fell Ryan and Akiva Saunders Forward & Backward revamp. Brewer says, “My approach to the score is to lean into these premonitions of a dreadful fate, illuminate subtext and amplify the nightmares echoing backward down the long halls of the Overlook Hotel. New composition will be interwoven with occasional remixes of the classical pieces used in the original soundtrack.” This event is just one example of many of the vital roles Northwest Film Forum plays in Seattle, as discussed by director Courtney Sheehan in her talk about the changing role of the movie theater at the latest TEDx conference.

Local singer-songwriter Sera Cahoone returns to St. Mark’s Cathedral as a part of the CATHEDRALS series, this time with Alex Guy (also known as Led to Sea), Shenandoah Davis and Dean Johnson. Each of these performers is formidable in their own right — folk performers with the genre’s hallmark tender emotion, driven by strong, clear voices and noteworthy musicality. Together, at this special one-night-only holiday show, they are sure to make magic. The acoustics at St. Mark’s certainly don’t hurt either.

Not since Moonlight have I been so taken with — and felt compelled to heartily recommend — a movie. Three Billboards Outside Ebbing, Missouri is the latest film from Irish playwright-turned-filmmaker Martin McDonagh. It’s dark, funny and suspenseful with outstanding character development and dialogue, rounded out by an excellent soundtrack (score by Carter Burwell, frequent Coen brothers collaborator). Not to mention dazzling performances from a strong cast, including Frances McDormand, Woody Harrelson and Sam Rockwell. It’s easily the best movie I’ve seen this year. Go, and then go again.

If you go: Three Billboards Outside Ebbing, Missouri, all around town (Prices vary)

Jaron Lanier: Dawn of the New Everything

Jaron Lanier, interdisciplinary scientist at Microsoft and father of the term “virtual reality,” is everything my grandmother warned me about — the person that not only embraces the coming changes in technology, but tells us all why they can be positive. Lanier’s specific focus, of course, is VR — specifically the ways it can change our understanding of what it means to be human. A part of Town Hall’s Science series, Lanier will be talking about his new book, "Dawn of the New Everything: Encounters with Reality and Virtual Reality."