An undocumented nurse has a message for Donald Trump 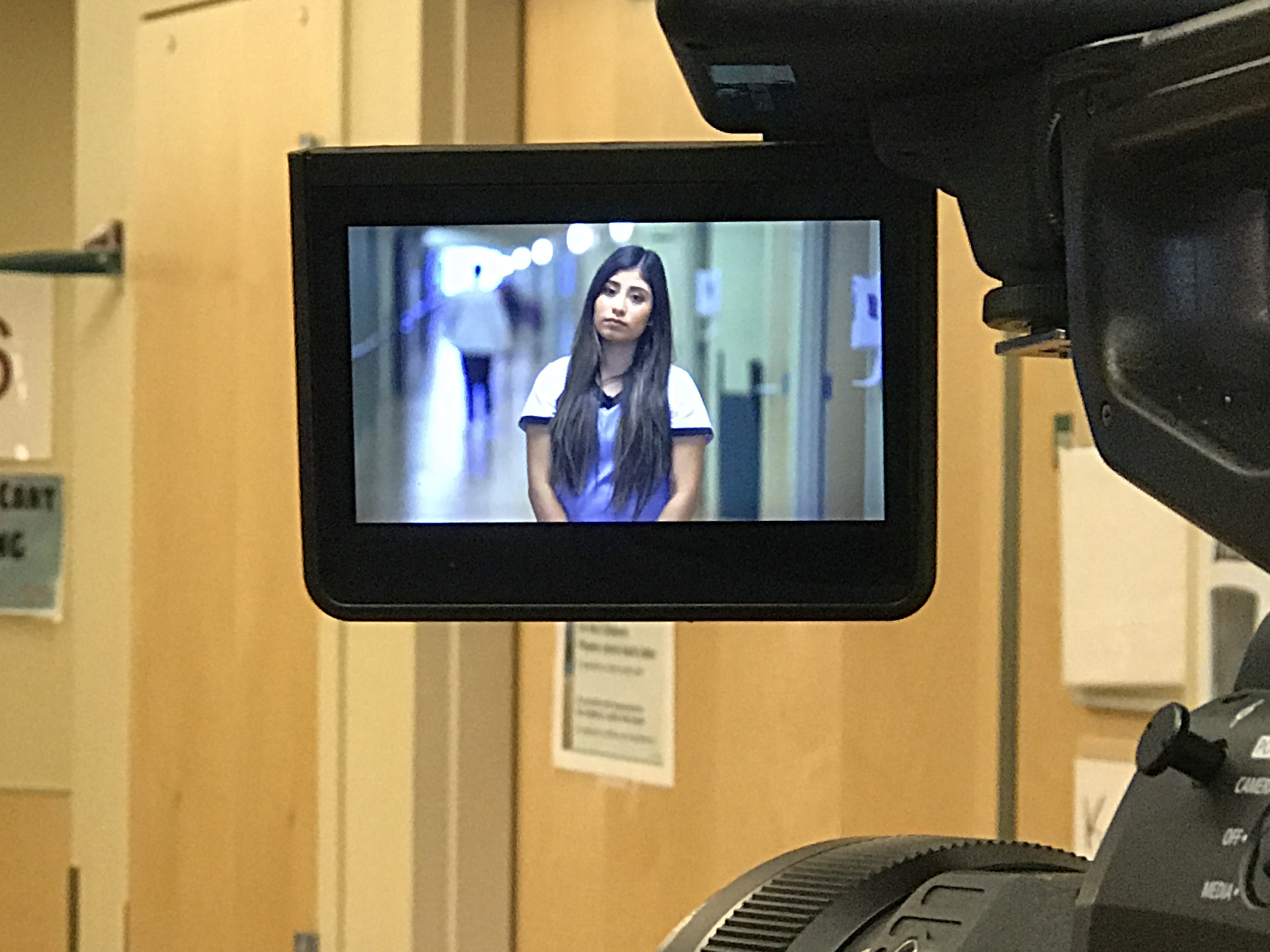 Jessica Esparza is filmed in the hospital where she works as a nurse.

Twenty-four-year-old Jessica Esparza says it wasn’t easy to come to the United States. She was bullied because she spoke broken English, and she had to adjust to an entirely new culture.

Born in Durango, Mexico, Esparza’s mother moved her and a younger sister to Quincy, Washington in 2005 to be closer to her father, who worked as a farm laborer.

Despite the culture shock and language barrier, Esparza excelled in the classroom. In eighth grade she was given a summer scholarship to the NASA Space Academy in Alabama.

While she dreamed of becoming a nurse, her undocumented status made it difficult because she couldn’t obtain federal financial aid to attend the University of Washington. With the odds stacked against her, she enrolled at Big Bend Community College in Moses Lake and was accepted into the school’s nursing program.

In 2015, she graduated, and because of Deferred Action for Childhood Arrivals, or DACA, she was able to become a registered nurse in Wenatchee, Washington.

Finally, she had stability. She wouldn’t be in constant fear of deportation.

Cue Sept. 5, when the Trump Administration announced that it would rescind DACA, and gave Congress six months to come up with a replacement for the program.

“It was frustrating to think that for the last two years, I've been contributing to my community, paying taxes, being the best citizen that I can be,” Esparza said. “It's heartbreaking to think that I might lose my job or that my family might be separated again.”

DACA provides protection against deportation for more than 800,000 undocumented immigrants brought to the U.S. as children by their parents. In Washington state, there are about 17,000 DACA recipients.

After Trump’s announcement, Esparza felt a need to speak out for herself and on behalf of all DACA recipients. So she wrote a letter to the President and posted it on Facebook:

“Dear Donald Trump," she began. “Taking DACA away has been upsetting, frustrating and heartbreaking to say the least. But with or without DACA, I will continue to be the best nurse and person that I can be today.”

The rest of the letter is full of power, passion and hope that she will have the opportunity to continue to serve her community. She still dreams that one day she will have the chance to become an American citizen.

The letter was part of our inspiration to tell Esparza’s story, once again. Since 2013, KCTS 9 has followed her journey. First in a segment called “I’m a Dreamer,” which was part of the KCTS 9 documentary “Latinos: The Changing Face of Washington.” Then again in a 2015 piece, “Dream Come True,” which recounted her story of becoming a nurse.

Will “Dear Donald Trump” be the final story? We will see. As politicians duke it out on the national stage and try to come to a solution to replace DACA, Esparza’s future is unclear.

The clock is ticking, and Congress has until March to come up with an answer. In the meantime, Esparza and others are left to wonder if they will get the opportunity to stay out of the shadows.