Olympia, climate and the American pika 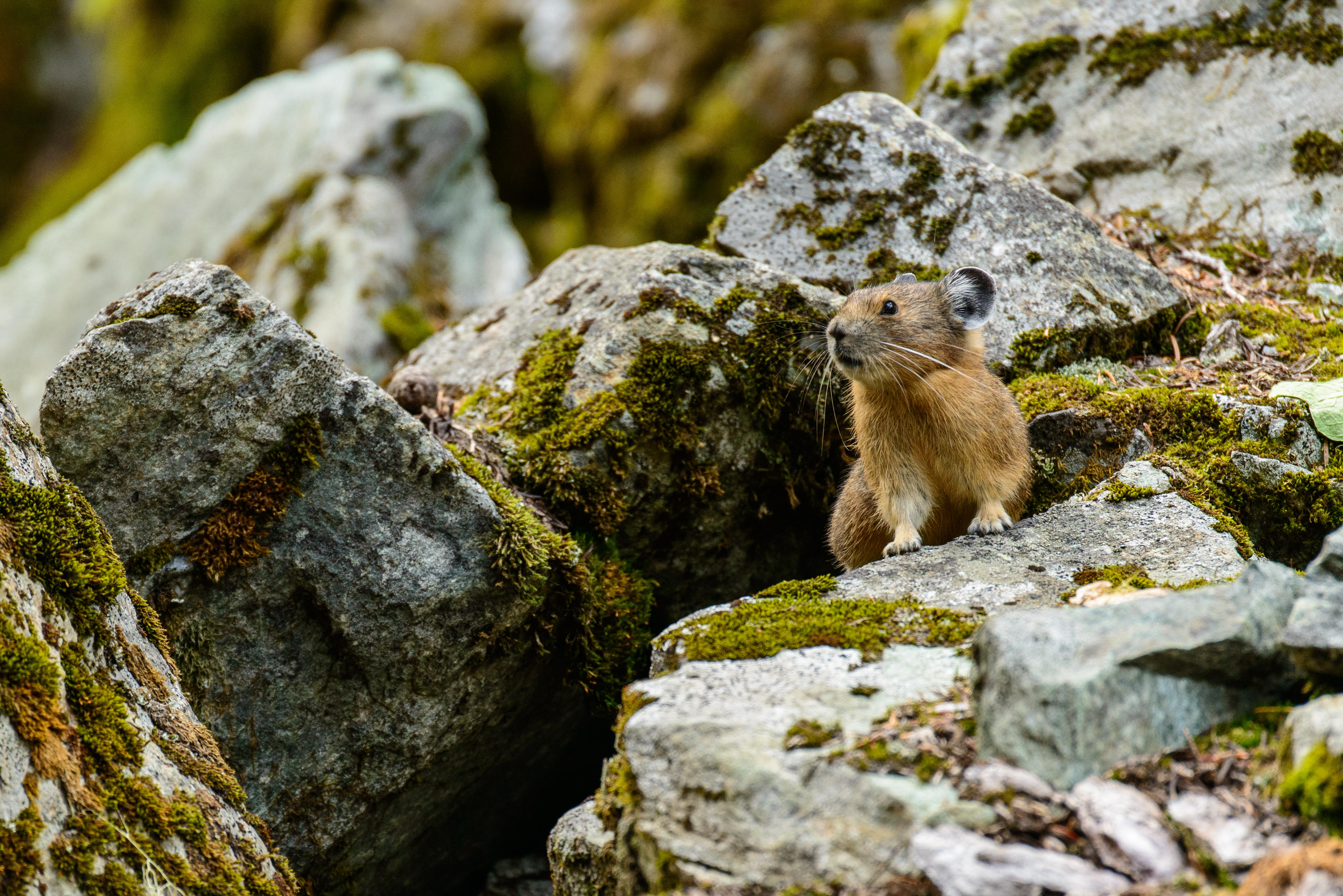 Pika popped out of its burrow under a boulder and gave its alarm call as I approached. It then froze for several minutes waiting to see if I was a threat.

The high-pitched squeak came from the boulder field up the hill. Rocks the size of my kitchen stove covered the slope for more than a hundred feet up and across. Conifers surrounded the opening, a perfect place for a pika colony. I slid down between some rocks so that only my head stuck out.

Pikas are small mammals, relatives of rabbits, and about the size of a 2-pound sack of flour, although they weigh less than a third of a pound. They occupy subalpine and alpine areas throughout Washington’s Cascades. After about 10 minutes, I spied a pika peeking over the top of a rock on the far side of the talus field. He carried a large bunch of ferns in his mouth. The little guy began to spread the vegetation across the surface of a boulder. The midday sun beamed down making this an ideal drying oven.

Pikas don’t hibernate like marmots so they need to harvest and dry sufficient food for the long winter. In fact, they need to store about 60 pounds of cured grasses, ferns and other vegetation. An extra large duffle bag might just about hold a winter’s supply.

The pika perused his drying leaves and then in a blink disappeared behind the boulder. I had wondered how this population might be doing. Pikas need a thick snow cover to provide insulation in their winter homes from extreme cold snaps and are vulnerable to extended periods of high temperatures in summer. The U.S. Fish and Wildlife Service decided not to list the American pika under the Endangered Species Act even though their analysis concluded that many populations were under threat from fluctuating temperatures.

Now with climate change, the average snow cover has been decreasing. So in a severe cold snap, pikas might freeze. They also can die after relatively brief exposure to temperatures above 78 degrees. The last 20 years in Washington have seen the hottest summers in tens of millennia. The service’s logic was that summer temperatures in the boulder fields where pikas live would be cooler, and pikas could adapt by being inactive during hot periods, staying under rocks, hiding in the coolest part of their homes.

The problem with this reasoning, however, is that pikas have a relatively short summer at these elevations to cut, dry and store their stash in their underground root cellars. In essence, these diurnal mammals must do this work with a pair of tweezers (their mouths and teeth). The best time for drying is in the middle of the day and if these animals lose much of the prime drying time during summer heat spells, then more often an individual might end up with an insufficient stockpile to survive the winter.

Suddenly, another pika popped out on a rock only a dozen yards from me and began to look around. Cinnamon-brown fur covered his body, and white fur on his legs and feet made him look like he was wearing knee boots. His gray, rounded ears contrasted with the body fur and his whiskers stuck out 4 inches.

Fortunately, the changing temperature issues affecting pika survival can be solved. Burning fossil fuels for generating electricity, driving motor vehicles, heating, and manufacturing puts more carbon pollution into the atmosphere than our vegetation can capture and turn back into plant material. Over the last 20 years, the average summer temperature has steadily increased and winter snow packs have decreased. Consequently, some pika populations at lower elevations have disappeared in the west.

The solutions are clear. We need to cut carbon emissions by improving our energy efficiencies, by moving toward clean transportation options, and by building more wind and solar projects.

Now that the Washington’s 2018 Legislature’s session has begun, new climate bills are being considered in Olympia. The most promising bill is Senate Bill 6203, which would reduce carbon pollution by moving Washington toward a clean-energy economy. This bill would put a carbon tax on carbon pollution emitted from the use of fossil fuels and would invest the revenue in the transition to clean energy and the social and ecological adaptation to climate change. Revenues would also support low-income households and workers directly affected by the transition to clean energy, helping them adapt to the new economy. I strongly support this bill and hope that a sister bill will be submitted in the House.

House Bill 2338 would reduce greenhouse gas emissions associated with transportation fuels by supporting investments in low carbon biofuels and electric vehicles. This clea- fuels initiative would reduce transportation sector pollution by 10 percent by 2028. We need a Senate version of this bill and need to encourage the Legislature to pass both.

In contrast, House Bill 2283 would roll back Washington’s commitment to renewable energy. Bill 2283 would weaken compliance requirements for Initiative 937 and if either a “tax, fee, price on carbon, or cap and trade on carbon” is passed by the Legislature, it would abolish I-937. The initiative requires that utilities in Washington obtain 15 percent of their electricity from renewables by 2020, which is a good thing. The bill, which should be rejected by everyone in Washington, also would allow nuclear-generated electricity to qualify for tax breaks.

If both the Senate and House pass legislation that would move us toward a clean energy economy (SB 6203) and a reduction in carbon pollution from transportation (HB 2338), then Washington would truly be a model on climate for the United States.

Next summer, hike into the subalpine and alpine areas of the Cascades so you can watch and listen for the pika. Its survival remains linked to our efforts to reduce carbon pollution.