A gym banned a white supremacist, but Seattle law is on his side 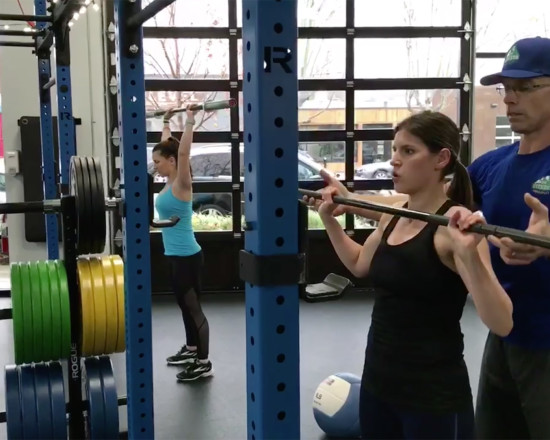 Last week, white supremacist Greg Johnson was banned from his gym in Fremont. He’s spent years spewing vitriol about Jews and the imagined inferiority of other races online, in print and at conferences he helped organize. The Stranger reported that the owners of NW Fitness Project banned him when they discovered who he was and what he stood for. Partly, they say, from concern that his presence would adversely affect other members, but more generally because “the violent ethnic cleansing, anti-Semitism and racist ideology that he espouses and advocates are anti-ethical to our fundamental beliefs.”

Though gym co-owner Kyle Davis acknowledges that Johnson was never "outwardly disruptive" during his time training at the gym, Kyle explains that "the explosively controversial nature and extremity of his beliefs and the scope of his public platform for them, were determined to be disruptive and decrease the safety and security of the rest of the community in the gym."

No doubt most of Seattle would cheer their decision, and rightly so. Passivity before intolerance is no virtue, and Greg Johnson’s ideology of hate would not give others the same consideration if left unchallenged. Unfortunately, NW Fitness Project may have illegally discriminated against him when they revoked his gym membership, at least according to an ill-thought Seattle law.

Besides the traditionally protected classes of race, sex and disability, Seattle has also included special dispensation for political ideology. According to city law, it is illegal to “adversely affect or differentiate between or among individuals” because of “any belief” they might hold “relating to the purpose, conduct, organization, function, or basis of government and related institutions and activities.”

This is a remarkably broad categorization that touches nearly every aspect of public life in American society. As such, it governs more daily interactions than many might realize.

At the mundane level, last year a rash of apartment listings warning that Trump supporters need not apply prompted Elliott Bronstein of the Seattle Office for Civil Rights to caution that, “if you are a landlord or conducting a rent search, trying to find a renter for a room, then, under local fair housing law, you cannot discriminate on political status.”

But, however distasteful some Seattleites might feel it is to rent to Trump supporters, their politics pale in comparison to the far more extreme positions that Seattle law prohibits discrimination against.

Nearly a decade ago, law professor Eugene Volokh cited Seattle’s law in support of a hypothetical in which a photographer might be punished for refusing to document a Nazi’s wedding. Regarding this latest example, he explains that although people can be rightly banned from a public accommodation if they’re acting in a disruptive manner, “if a gym owner ejects me simply because my ideas and beliefs are offensive to others in the club — even though I say nothing on club property about them — that’s categorically forbidden.”

Nick Licata, a councilmember at the time Seattle’s public accommodations law passed, agrees. He says his concern at the time was primarily countering housing inequalities, particularly those that affected people who rely on Section 8 support.

“In a democracy, it’s really critical that we don’t have a body defining what extreme thoughts are other than in cases where there is an immediate danger to an individual,” Licata says. Protections against discrimination on the basis of political ideology were therefore included partly as a response to the idea that “someone might consider something extreme which someone else considers not extreme.”

But by speaking out in the way it did, the NW Fitness Project may have violated the law. The reason is that in places of public accommodation, an individual business owner’s right to express him or herself intersects with the public’s right to be served without discrimination.

Ken White, a prominent attorney who specializes in First Amendment issues, explains that in these matters there is “an inherent tension between non-discrimination and free association and speech.” The role of Seattle's legislation was meant to define the boundaries between the two.

Now, whether NW Fitness Project actually faces consequences depends on the exact circumstances of Greg Johnson’s removal, and whether he or the city’s Office for Civil Rights follows through with a complaint. But, the mere possibility that someone might be punished for refusing to accept hateful bigotry as a normal part of life flies in the face of common sense, and subverts the true purpose of anti-discrimination laws.

The problem arises from the fact that, no matter how well-intentioned a law is, it will fail if it does not account for the possibility of bad faith.

He says there’s no “neutral or non-ridiculous way to write the law that protects only groups” that one is sympathetic to. “Ban discrimination based on ideology, or don’t,” he says, because “a law that tries to ban discrimination against ideologies you like is embarrassing nonsense and an empty exercise.”

It remains to be seen whether Seattle’s law is an empty exercise. If NW Fitness Project is indeed punished for discriminating, no matter how righteous their discrimination may be, the City of Seattle will have proven itself to be sober and even-handed in the application of law. On the other hand, if they choose to enforce or ignore the law based on the whims of public sympathy, then the exceptions will soon render the rule meaningless.

Rather than enforcing law for the sake of enforcement alone or accepting arbitrariness, Seattle should reform the law to better serve justice. While the city's anti-discrimination laws are fit to handle ideal scenarios, it is more important to consider the ways in which the law might be twisted or abused. What might the consequences be if one’s own worst enemy were given the power to administer it? In the case of prohibiting discrimination against political ideologies, the provisions are so vaguely written that they can be corrupted by those who carry ill intent, regardless of what the original drafters hoped for.

Ultimately, this law is proof that good intentions do not necessarily lead to good legislation. People are not born to their political beliefs in the same manner that they are born into their race, gender or sexuality. While one can never shed their skin or love, political beliefs can change with the seasons.

That a business could be punished for properly rebuking bigotry shows that Seattle needs to rethink its public accommodation legislation. The goal should be to protect only those characteristics that are inherent to a person, rather than chosen behavior like a person’s hateful politics.

This story has been updated to include gym co-owner Kyle Davis' response.