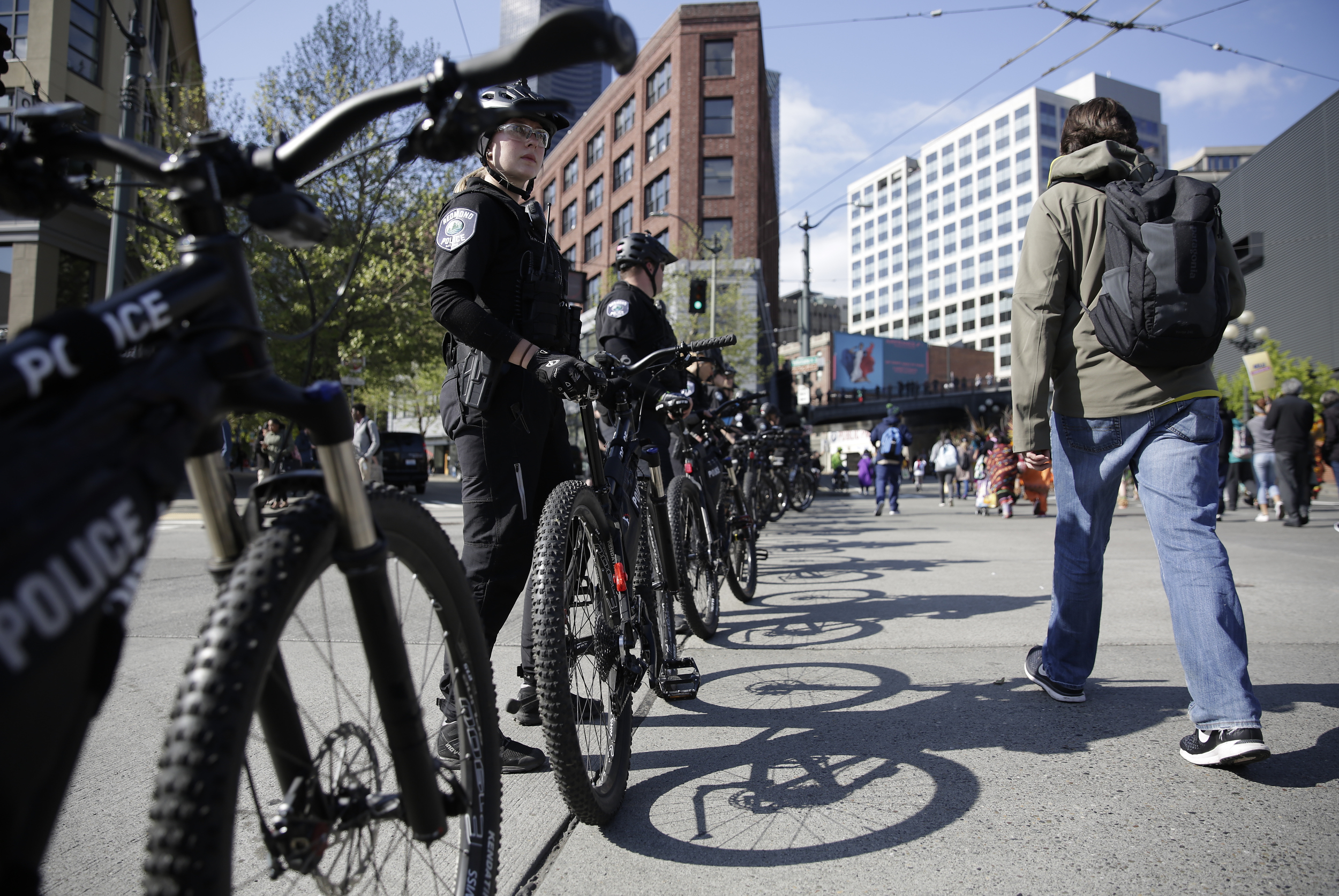 Bicycle officers from multiple departments monitor the annual May Day March for Workers and Immigrant Rights as it progresses along 4th Avenue in Seattle, May 1, 2018. (Jason Redmond for Crosscut)

In late 2015, Brendan Dunn was pulled over by a New York State trooper for driving with expired registration. The officer handed him a ticket. Then he asked whether Dunn had ever lived in Washington State.

He had. But Dunn wondered what relevance his prior residence had to the traffic stop. His Oldsmobile had New York plates, after all. He asked the officer, but could not get a clear answer. As he and a friend drove away, it dawned on Dunn that the officer had likely seen an alert about him while running his license. A public records request from his lawyer confirmed his suspicion.

That wasn’t supposed to happen. In a settlement agreement resulting from a 2008 wrongful arrest lawsuit, the Seattle Police Department had agreed to remove an officer safety advisory that had been placed on Dunn’s name. Now Dunn is back in court, suing the department for its failure to follow through.

The source of the advisory, also known as a flag, was an allegation that Dunn choked a Seattle police officer named Matthew Hyra and attempted to unholster his gun during an anti-war rally more than a decade ago. Dunn was never convicted of any crime related to the incident and King County prosecutors dropped the charge of assault on a police officer against the 33-year-old in 2007. Dunn continues to deny the allegation today. “It’s completely fabricated and completely made up,” he said in a phone interview last week.

Hyra, now a sergeant, issued the flag on Dunn. According to SPD Chief Operating Officer Brian Maxey, the flag would have been transmitted to state and national databases accessible to most law enforcement. That means police officers across the country searching Dunn’s name would have been presented with the following message:

Maxey said it’s unclear why the settlement term wasn’t honored. “The ball got dropped somewhere,” he said. “Whether it was with the lawyers or with the department, I can’t tell you.”

Dunn filed another federal lawsuit in February against the City of Seattle over its failure to remove the flag in a timely manner. He claimed breach of contract, negligence and civil rights violations. Dunn is seeking unspecified damages and is asking that officers receive additional training.

In a motion to dismiss Dunn’s complaint, the city attorney’s office argued that the statute of limitations has passed on his breach of contract claim. On top of that, the city argues that it should not be liable for actions of police officers in other jurisdictions, referring to Dunn’s 2015 New York traffic stop. The case is still in the pretrial phase.

The run-in that would dog Dunn for a decade stemmed from the young activist’s participation in an anti-war rally in the fall of 2006. At the time, he was a student at the Evergreen State College. Dunn identified with a strain of anarchism called anarcho-syndicalism, which advocates for radical change through labor organizing and general strikes.

Dunn drove with friends to Seattle to attend a rally against the Iraq War at Cal Anderson Park. He sat on a hill eating lunch among other anarchists, including Jacob Erwin and Ryan Tompkins. An anarcho-syndicalist flag attached to a bent metal pole rested on Erwin’s shoulder.

Officer Matthew Hyra approached the group and confiscated the flag from Erwin. As the officer walked away, a crowd formed around him and demanded he return the flag. At one point, Dunn shouted, “Who wants to witness suppression of free speech?” Another officer at the scene, Steven Bale, called for backup.

From there, the stories diverge dramatically. According to police reports and depositions, Hyra claimed Dunn hopped on his back and attempted to choke him. One of the backup officers, John Skommesa, said he grabbed the anarchist by the shirt, pushed him to the ground and arrested him after allegedly seeing Dunn holding onto Hyra’s jacket.

Hyra did not respond to an emailed request for comment. He currently works as a detective for the Office of Police Accountability, SPD’s internal unit for investigating complaints against officers.

Dunn said he kept a distance from Hyra throughout the incident, claiming Skommesa tackled him to the ground without provocation. He said Hyra questioned him about his involvement with anarchism at the East Precinct, calling the flag a violent symbol.

Police also arrested Erwin and Tompkins during the incident. A Seattle judge would later dismiss charges of resisting arrest against them, saying, “Officers acted unlawfully when they approached Mr. Erwin.”

Dunn, Erwin and Tompkins sued the Seattle Police Department and the officers who arrested them, alleging the cops violated their civil rights. The trio settled with the department in 2009 for $31,000.

Part of the settlement agreement also required the department to remove the advisory attached to Dunn’s name within fifteen days. Dunn told Crosscut that he believes police treated him differently during the nine years when Seattle failed to fulfill that requirement.

He points to that time when he was pulled over while driving to work in Rotterdam, New York. The police officer “seemed very argumentative and angry.” And there were those times he said he was detained at the border going into Canada.

“I figured out all of this was happening, in my mind, because of what flashed in front of police on their screen.” 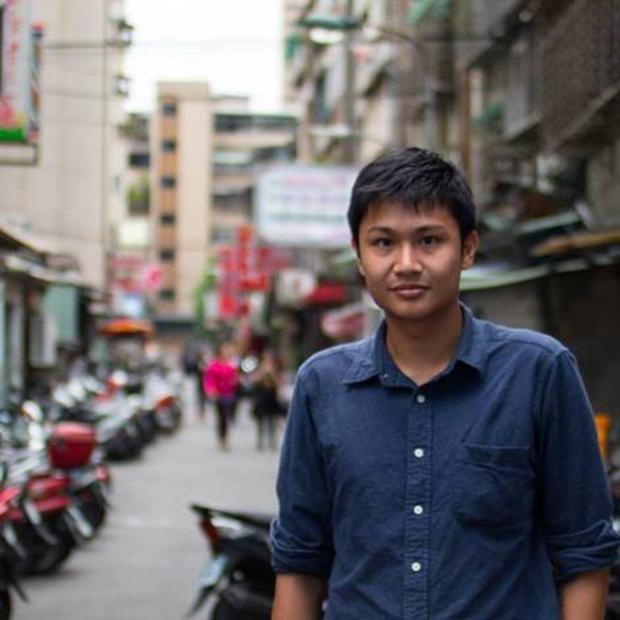 Steven Hsieh is an independent journalist based in Seattle. His work has been featured in The Stranger, the Santa Fe Reporter, RollingStone.com, Pacific Standard, The Nation and other outlets.