Sea-Tac, activists team up on rights of transgender travelers 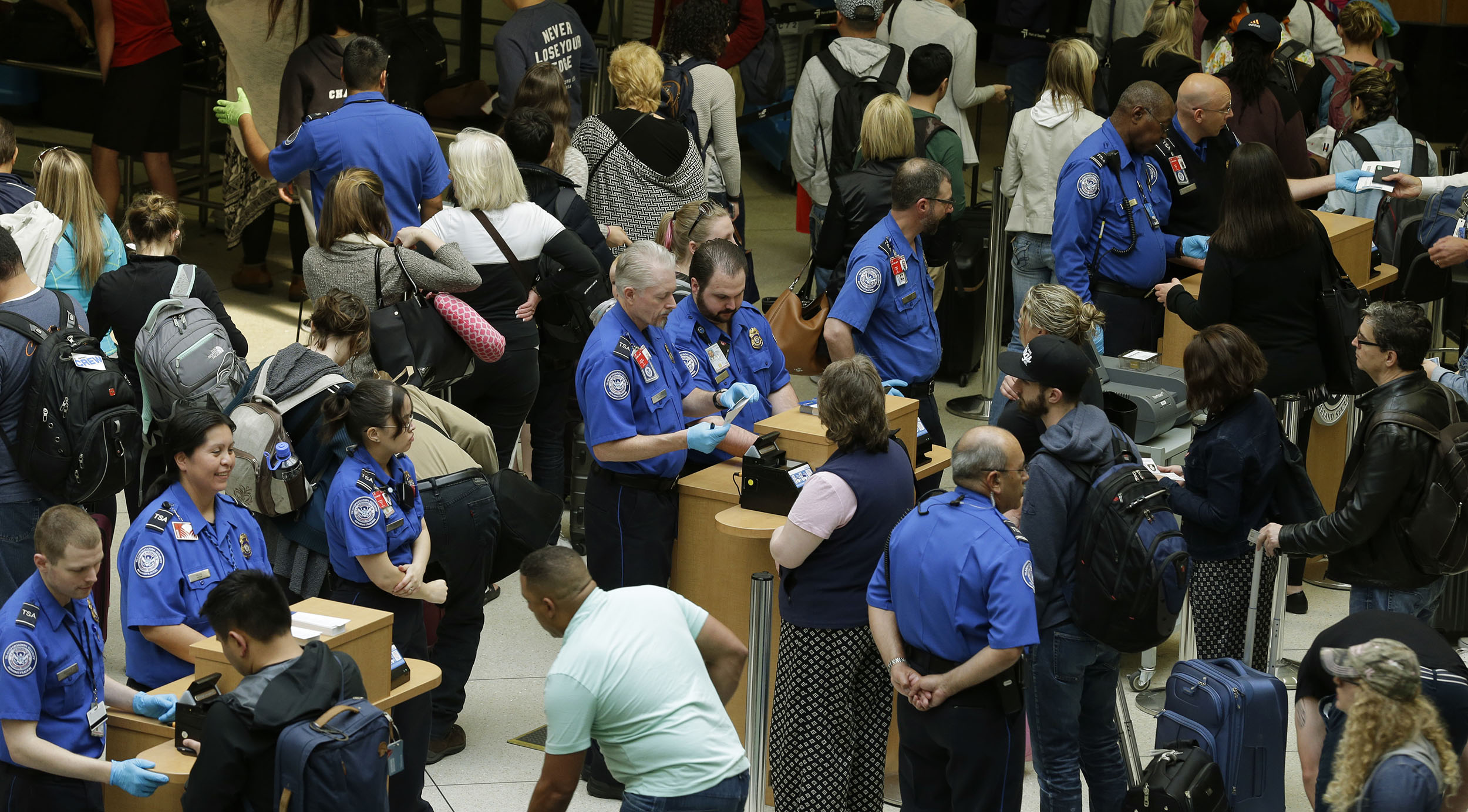 After the Port of Seattle began adding gender-neutral bathroom signs at Sea-Tac, Port administrators called a meeting in February to talk to Seattle activists about the rights of transgender travelers. Upcoming renovations at the airport meant possible changes to bathrooms, so the Port wanted to keep activists in the loop. They asked if the representatives had anything else they wanted to add.

They had a lot. One, in particular, bubbled to the top: the Transportation Security Administration (TSA).

“I hadn’t previously heard of the TSA issues,” says Courtney Gregoire, the Port of Seattle Commission president. In the meeting, she heard that transgender travelers almost always find themselves selected for additional screening processes and pat-downs.

Since the February talks, the Port of Seattle has worked in conjunction with organizations like the Gender Justice League, the Ingersoll Gender Center and Pride Foundation to bring these issues to the attention of TSA and lawmakers. The port commission passed a motion on May 22 calling for a gender-inclusive restroom plan at Sea-Tac International Airport by Sept. 30 and the port updated its information page for transgender travelers.

Gregoire says that the port, along with other activist organizations, also reached out to local TSA officials and Pramila Jayapal, the United States representative for Washington's 7th Congressional District.

The comments sent to Jayapal’s office sparked even more activity. On July 11, Jayapal and U.S. Rep. Joe Kennedy III of Massachusetts sent a letter to TSA asking for changes in how complaints are responded to and further transparency regarding future plans.

“Some travelers reported that TSA agents instructed them to remove clothing to the point where they are nearly naked,” Jayapal and Kennedy wrote. “Others have reported being groped and publicly humiliated.”

While Jayapal says she had been aware of concerns from transgender travelers for some years now, a roundtable between her office and members of the LGBTQ community last November moved her to formally address the issue. She soon began thinking about formal steps, such as writing the letter with Kennedy.

“We’ve even had some people who’ve told us they don’t fly anymore because of this,” Jayapal says.

As Jayapal and Kennedy’s letter suggests, TSA does have options for travelers who want to avoid the regular screening process for transgender travelers available (detailed on their website) and have referenced plans to update their body scanners in order to avoid binary screenings in the future. However, as the two also pointed out in the letter, TSA hasn’t announced timelines for these changes or detailed how they would be implemented. And even when transgender travelers have a bad experience and know where to send their complaint, activists like Ingersoll Gender Center Executive Director Karter Booher say TSA often fails to respond.

“It’s not always been clear, not only how these things are reported but what does resolution look like for the TSA?” Booher says. “What do they deem a successfully solved case?”

TSA pat-downs and screenings have long been a concern for the transgender community. Gunner Scott, the director of programs at Pride Foundation and a trans activist for the past 20 years, says that he saw more complaints from transgender travelers following increased security measures after 9/11. Further issues came about with the introduction of full-body scanners around 2010 since the machines require TSA employees to press a button indicating either a male or female body type before a person walks through security in order to check for hidden objects or other abnormalities. Scott says this process has repeatedly caused issues for transgender travelers who often get pulled aside after the full-body scan records some part of their bodies as a perceived “abnormality.”

While changes are promised, he and other transgender travelers often don’t know exactly what to expect.

“As somebody who travels themselves, I’ve experienced some pretty invasive, what I would call, borderline sexual harassment from TSA,” Scott says.

Scott says he has filed two complaints in the past following uncomfortable encounters — in one incident he was brought into a room with three TSA employees and asked to take off his shirt — and only received a response from one, many months after the incident.

“I feel like I didn’t get a resolution,” he says. “Of the two complaints I’ve filed, one of them, I didn’t get any follow-up, and the other one six months later.”

Even then, the response consisted of only an apology for his discomfort and didn’t instigate further action or change, he says.

Booher of the Ingersoll Gender Center says that Scott’s experience is a common one and that such cases raise questions about what TSA calls a resolution in such situations.

“What is the value of asking our community members to report this and retraumatize themselves if nothing is really changing or if there isn’t intent to do better or do differently?” Booher says.

Beyond the trauma of such encounters, Booher says that it also often causes a “public outing” for the transgender person in the airport, pinning them as a target for possible abuse from others in the area.

Both Scott and Booher said that they’re hoping for more widespread attention to the issue following the letter to TSA.

TSA has not yet responded but said in a statement that they’re “in receipt of the letter and will respond directly to Representatives Jayapal and Kennedy.”

Jayapal says that the TSA has shown interest in taking steps to change their processes, a development that has raised her hopes. The work now mostly involves ensuring that TSA moves forward quickly with technology updates, such as with the body scanners, while ensuring transparency in the process.

“There really is no reason to be staying with this technology when you could have gender-neutral technology that doesn’t put people through these humiliations,” she says. “There are many ways we could try to make sure that we keep our nation’s security and screening needs but that we also fundamentally respect the civil rights of everybody.”