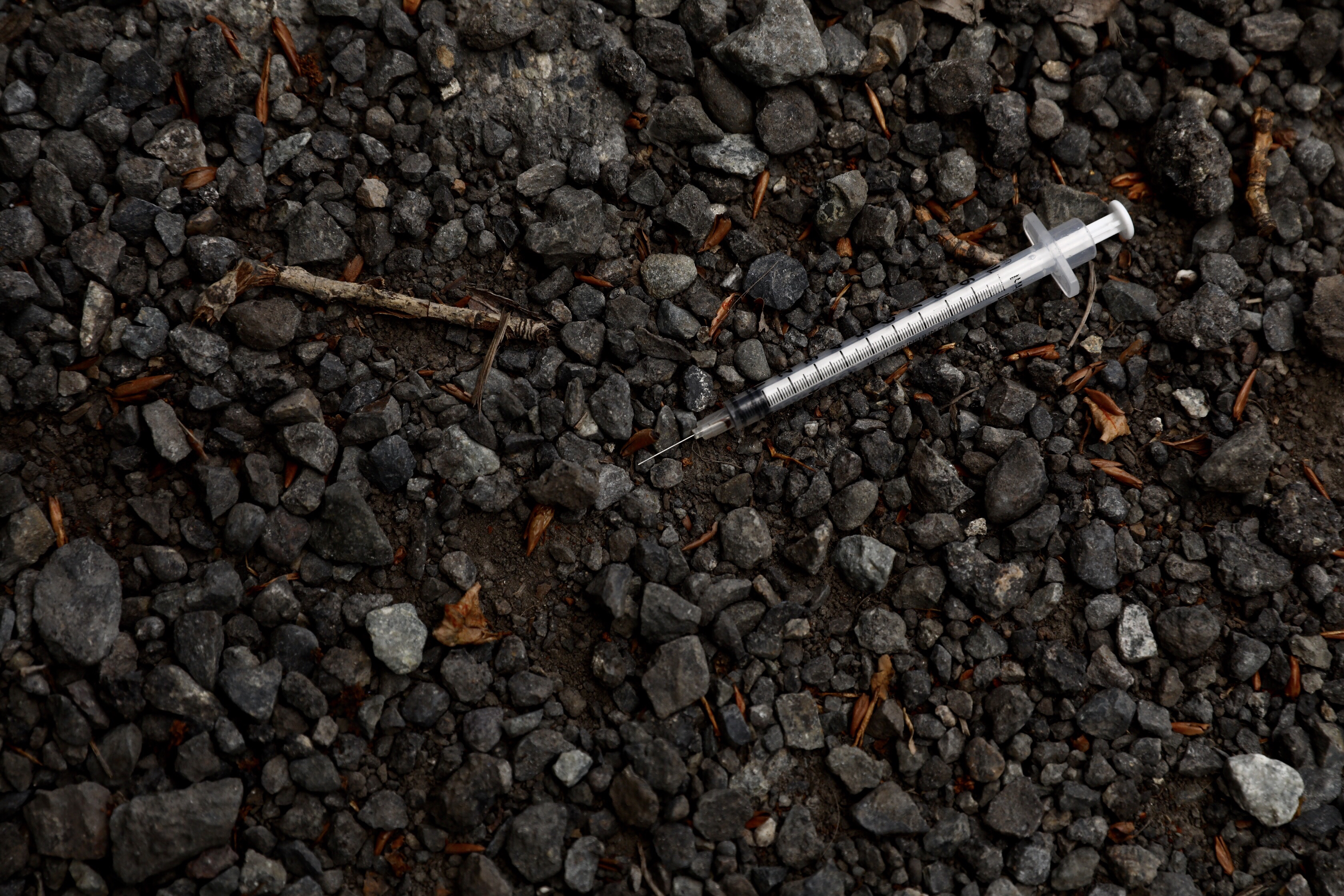 A needle found on the ground in a parking lot in Seattle's SoDo neighborhood, June 4, 2018. (Photo by Matt M. McKnight/Crosscut)

A program known nationwide for successfully breaking the cycle of arrest and incarceration for low-level drug dealers, addicts and prostitutes is expanding beyond Seattle for the first time, King County officials announced at a press conference in Burien on Tuesday.

King County Executive Dow Constantine announced he is proposing $3.1 million so that the Law Enforcement Assisted Diversion, or LEAD, program, can move into three south King County cities, beginning next year with Burien, a suburb located about 10 miles south of Seattle.

“It’s time we started to act like we believe those things.”

Satterberg said he had such strong faith in the LEAD program that he would no longer refer cases that involve less than 1 gram of drugs to court — about 1,000 cases a year.

If the 2019-2020 budget is approved, about 100 Burien residents will be eligible to receive help through the LEAD program next year, including housing, healthcare, job training, treatment and mental health support. Case managers in the LEAD program are instructed to individually tailor services for drug offenders and to expect relapses or other setbacks.

Officials say additional funding will come from the County’s Mental Illness and Drug Dependency fund. The $3.1 million proposed for the expansion adds to the already $4 million budgeted for the program in Seattle.

Before it can officially launch, however, King County must approve the budget that will be introduced later this month. The Burien City Council also has yet to meet about the introduction of the program.

But Burien Mayor Jimmy Matta, for his part, spoke personally about his high hopes for the program.

“My father, God bless his soul, died of a drug overdose in Burien, Washington, and I wish the program would have been there for him to have the help he needed,” Matta said.

Should it launch, Matta said the city’s recent spate of gang violence will present unique challenges for the program. In March, two young girls were killed at a Burien apartment complex in a shooting King County Sheriff’s detectives said was gang related.

Discussion surrounding the LEAD program grew out of court battles in the early 2000s between The Public Defender Association and the Seattle Police Department, which was accused of sending a disproportionately high number of African American drug offenders to prison.

Funded by private donors at $950,000 a year, the program launched in 2011 as a four-year experiment in Seattle’s Belltown neighborhood.

In 2015, a University of Washington study found that LEAD significantly reduced recidivism, with people in the program 58 percent less likely to be arrested. In fact, the program was considered such a success that other cities started using it in their own communities, including Los Angeles, San Francisco, Brooklyn, New Orleans, Houston, among others.

Johnny Bousquet, a 41-year-old former drug addict, testified to how the program had helped him begin to piece his life back together.

“Instead of being in and out of jail, I’m in and out of appointments,” said Bousquet, who says he has been sober for seven months.

“I used to be somebody before I was a drug addict and because of them, I’m somebody again,” he said, referring to his LEAD case managers.