This legislative session is make or break for saving orcas 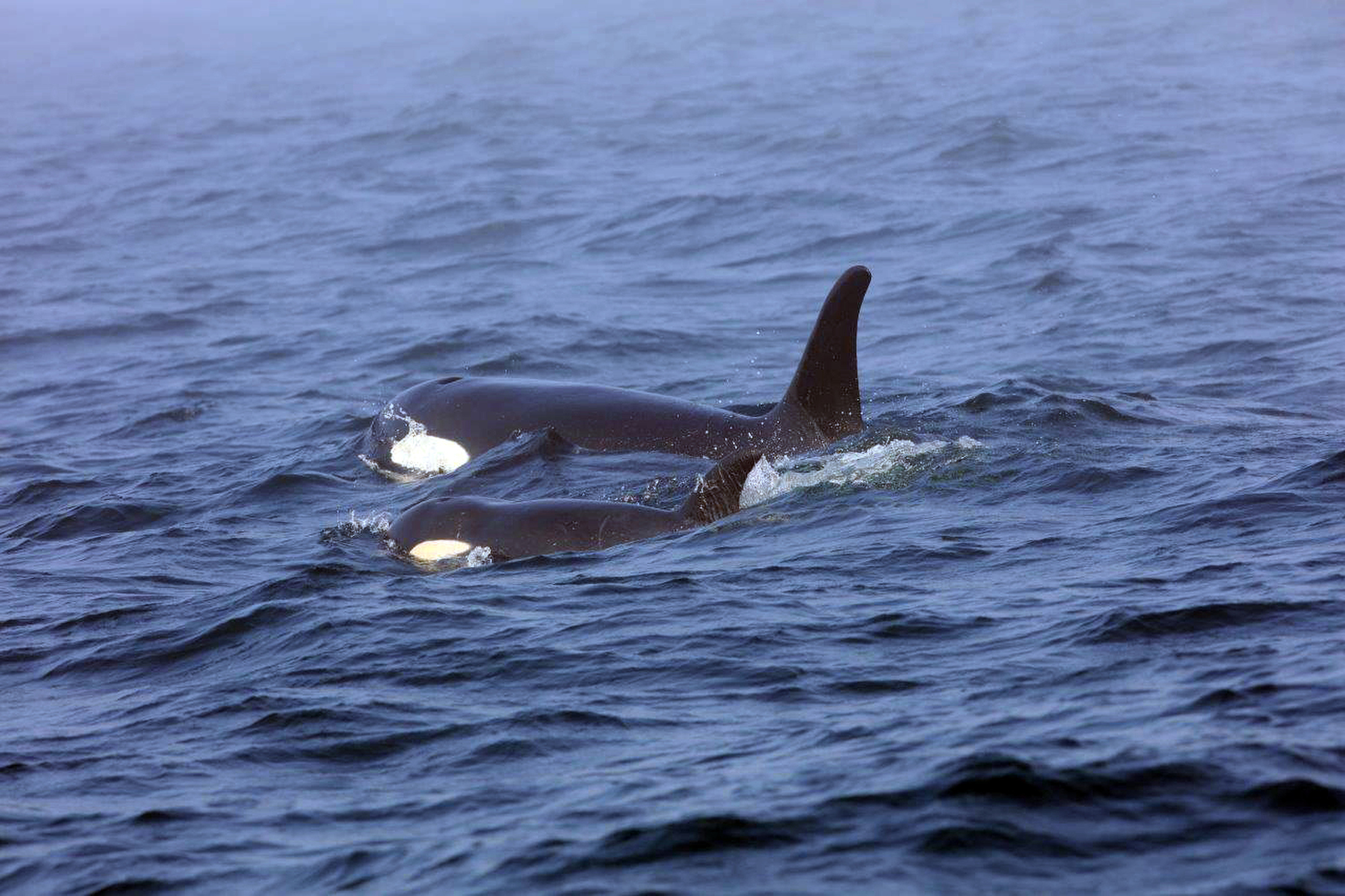 It's time for state government to put up or shut up about saving Puget Sound orcas.

If history is any guide, it will probably do neither.

But, hey, it's a new year and maybe, just maybe, things have changed.

Sad images of the orca Tahlequah carrying her dead baby around the Sound last summer focused international attention on the animals' plight and provided a sense of political urgency.

Whether that focus lasts and that sense of urgency leads to useful action remains to be seen.

We'll soon know how the state Legislature responds to Gov. Jay Inslee's proposal to budget $1.1 billion for orcas, to the modest orca goals pushed by a coalition of 20-plus environmental organizations’ (one of the coalition's four priorities for the new Legislature is labeled “Orca Emergency Response"), and to the recommendations of Inslee's Southern Resident Killer Whale Recovery Task Force. His task force’s recommendations both include and fail to mention things government could have started doing long before. (The task force report mentioned that we should “apply and enforce laws that protect habitat.” Do you think?)

“It has become clear,” says Mindy Roberts, Puget Sound Program director for the Washington Environmental Council, “that many of these [recommended] actions could be done with existing authority. But we have not been doing them.” She says that “salmon recovery and pollution control have stood in very long lines” for money. But orcas don't have time to wait in line any longer. “This has to happen now.”

After Tahlequah made the orcas’ lack of food common knowledge, Seattle chef Renee Erickson and colleagues said they would stop serving Northwest-caught chinook salmon in their restaurants, and PCC Community Markets stopped selling it in stores. Some conscientious consumers stopped buying it, too.

But absent a mass boycott, the question is not whether a relatively few people will stop eating it, but whether other people will stop catching it. So far, there are no volunteers. And, of course, there’s not a lot of pressure. Tribes, Canada, Oregon and Alaska all have something to say about fishing regulation, but neither the governor nor the environmental coalition is pushing for it. (The environmental community mostly tries to avoid antagonizing non-Indian fishing interests, and does even more to avoid antagonizing the tribes.)

The task force suggested pumping up hatchery production of chinook to feed the orcas, while not returning to the bad old days of hatchery production that reduced the survival of wild fish. That may or may not work. Problem is, it may be taken as carte blanche to return to those bad old days. Let’s remember that one of the “4 H's” threatening the recovery of wild salmon is hatcheries. Besides, without specifying the timing of runs or the sizes of fish, more hatchery production may not help the orcas. And without a limit on fishing, it may simply provide a bonanza for some human fishers.

The governor’s orca budget proposal includes nearly $300 million — more than one-fourth of the total — to replace road culverts that block spawning streams and remove other barriers (federal courts have already ordered the state to replace the culverts). The budget also proposes more than $375 million for habitat restoration (which everyone favors), which presumably covers not-yet-funded projects already on the books. And there is more than $140 million – roughly what Seattle will spend by itself this year on drainage projects — to deal with stormwater.

Unspoken but crucial — as the environmental group Forterra, for one, has long recognized — is that if people keep moving out of population centers, the spread of pavement, disruption of natural water flows and the ability to reduce the amount of toxic material washed into the Sound by stormwater will reach the point of no return. If people can't afford to live in the cities, they will destroy what's left of the natural environment throughout the Puget Sound basin. This is way too large a bite for the Legislature to take right now, but like climate change, it can overwhelm all the positive steps taken to deal with more discrete and manageable problems. Talking back in 2012 about the health of Puget Sound, Bill Ruckelshaus, first head of the Environmental Protection Agency and also first chair of the Puget Sound Partnership, said, “It’s all land use.”

The orcas’ fat is already laced with toxic chemicals. When the animals don’t get enough to eat, they mobilize the fat and metabolize the toxics. The chemicals all start out on land.

Like the task force, the coalition wants the state to “identify chemicals of emerging concern (CECs) that pose the greatest threat to orcas and their prey.” How about chlorpyrifos, which NOAA has already said jeopardizes the recovery of southern resident killer whales? The agency says that the pesticide, widely applied to Washington apples and other crops, jeopardizes the recovery of orcas by threatening their main food source, chinook salmon. Chlorpyrifos also isn't good for farm workers or for young children who are exposed in utero or later. A divided panel of the 9th U.S. Circuit of Appeals has already ordered the EPA to follow the advice of its own scientists and ban the pesticide. The Trump administration wants the 9th Circuit to rehear the case en banc and, if the wicked 9th won't change its mind, will presumably appeal its decision all the way to the Supreme Court. States, however, can ban chlorpyrifos on their own. Hawaii already has. Why not Washington?

Inslee would also spend three-quarters of a million dollars — a relative drop in the bucket financially, but a potential tsunami politically — on a study of how to handle the economic transition if the federal government were to breach the four lower Snake River dams. Some scientists have long argued that unless government breaches those dams to increase the number of chinook that spawn in tributaries above them, the orcas are probably toast. In a letter to the recovery task force, many of them urged the group to recommend breaching. It didn’t.

Revenues from Inslee’s proposed capital gains tax will just about cover his projected orca expenditures – if it passes the Legislature, survives the inevitable court challenge and isn’t diminished by the recession that economists are generally expecting.

The task force said some proposed actions should be funded for at least 10 years, but no one has proposed a dedicated funding source that can outlast the vicissitudes of political pressures and fashions. Nothing on the table would be guaranteed beyond the next biennium. You can’t get there from here.

Some people — rationally — fear we can’t save the orcas no matter what we do. The population is too far gone. The Environmental Council’s Roberts disagrees. “I don't think it would be wise to give up hope right now,” she says. “This is absolutely the moment to seize. When is there ever going to be a better time?”