Why Seattle should be wary of self-driving cars 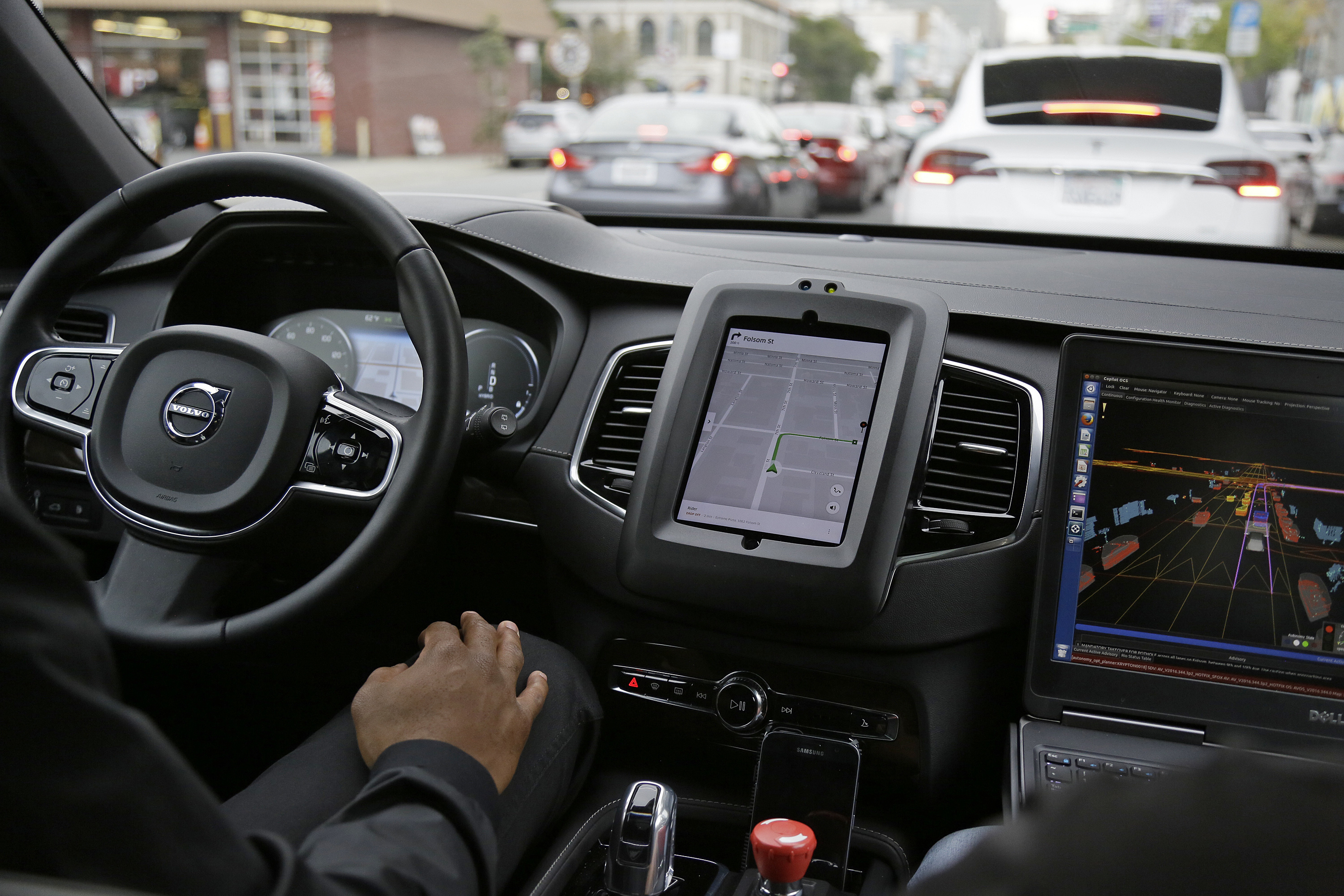 In this Dec. 13, 2016, photo, an Uber driverless car waits in traffic during a test drive in San Francisco. Uber suspended all of its self-driving testing March 19, 2018, after what is believed to be the first fatal pedestrian crash involving the vehicles. Uber's testing was halted after police in a Phoenix suburb said one of its self-driving vehicles struck and killed a pedestrian. (Photo by Eric Risberg/AP)

Self-driving cars will not magically end traffic jams, end the need for mass transit, or usher in a panacea of walkable, healthy and vibrant American cities. The self-driving — autonomous — vehicles will still be cars, and cars have enormous, inextricable limitations. Here in Seattle, with our transportation issues and high expectations of technology, it is crucial we understand this.

To be realistic, it’s vital to clear our minds of some of the hype that has turned into myths about autonomous vehicles (AVs).

Myth 1: AVs will end traffic jams because the cars will be shared more, and their paths optimized.

Traffic is a product of supply and demand. If roads get larger or less jammed, driving becomes more attractive because it is easier, and people drive more. This is called induced traffic or traffic generation. The opposite is also true with reduction of roadway. When San Francisco removed the elevated freeways on the Embarcadero, that traffic use just disappeared from the city.

If self-driving cars make roads, in effect, “larger” by optimization and sharing, it will just induce more traffic until it reaches congestion. Researching with the state Department of Transportation's data portal showed that Seattle’s Alaskan Way Viaduct carried on average 50,000 daily car trips in 2017. The closure of the viaduct, the three weeks without access to Highway 99 through the city and the limitations on the capacity of the tunnel that is scheduled to open next month will all provide amazing opportunities to observe the aforementioned phenomena.

Myth 2: Autonomous vehicles will be commonplace in a few years.

In 2018, an Uber AV going 40 miles per hour struck and killed a pedestrian, and Uber immediately suspended its entire AV program. In 2016, despite 40,000 Americans (537 of them in Washington) being killed by human drivers, uproar over that was quite limited. Thus, the safety standard expected of computer-driven cars by the public is currently 40,000 times stricter than for human-driven vehicles. Allowing AVs is essentially asking a zero-tolerance public to allow the operation by computers of known lethal (unintentional) weapons in a roadway system that currently cannot stop 109 motor vehicle fatalities per day. This will take a while to change. The smartphone was adopted quickly, but it wasn’t a device that prior to rollout was already a leading cause of death for Americans.

Myth 3: AVs will usher in a panacea of walkable, healthy and vibrant cities, and end — or dramatically reduce — the need for mass transit.

Physically, the standard size of a parallel parking space for a car in the United States is 7 feet wide by 20 feet long by 8 feet high, or 1,120 cubic feet. A human needs about 3 by 3 by 5 feet to park generously in a La-Z-Boy, or 45 cubic feet. So cars have a cubic footprint 25 times larger than people.

A 2011 Urbanist article showed that land areas in American cities typically are more than 40 percent car-dominated by rights-of-way and off-street parking. Urban vibrancy means overlapping benefits. In today’s car world, you can’t very well be eating something delicious while people-watching near a garden. There is no space for the garden because a parking lot was needed, and there are no people walking because they all had to drive.

Mass transit and its benefits of spatial efficiency, urban vibrancy and cost affordability will remain more vital than ever as more people move to cities. And maybe AVs become smaller? Well, there has been no substantial American demand for smaller cars over the past 50 years. In 1973 the Honda Civic was 59.3 inches wide by 139.6 inches long; the 2019 model is 70.8 by 182.3. OK, but what if AVs reduce the number of parking lots? In decades to come, AV features will become common in human-driven vehicles, but driverless AVs will remain rare. Thus, count on parking lots.

In terms of health, the physical size of the car literally spreads communities apart, erasing walkability. And walkability, specifically 30 minutes of life-integrated walking, is identified now as perhaps the single best preventive medicine for humans. Cars keep us sedentary, entice us not to walk and do not allow neighborhood walkability. This makes us live less healthy lives and die sooner.

Americans are biased in support of cars, though, and car companies have a big stake in this. In 2016, the U.S. automotive industry spent massive amounts on marketing, including $35 billion on incentives alone, roughly 10 percent of sales revenue. U.S. car ownership has been on the rise steadily, and AVs are the next product to be aggressively sold.

AVs are coming, and they will be the next generation of mainstream cars to potentially dominate our land, health, mobility and budgets. AVs, as cars, will continue the 100-year legacy of sedentary living, destruction of wild lands for sprawling roads and homes, and the neutering of place vibrancy. More challenging and rewarding than AVs would be bringing American mobility into the 21st century with proven solutions already long underway in Asia and Europe. Better yet, America could lead the next-generation mobility economy by sending a clear signal to its automotive sector that it is time to drastically metamorphize.

Don’t drink the AV snake oil; it’s a niche distraction — however attractive it may seem in our current situation — from the real challenges before Seattle and the rest of the Puget Sound metropolitan region. 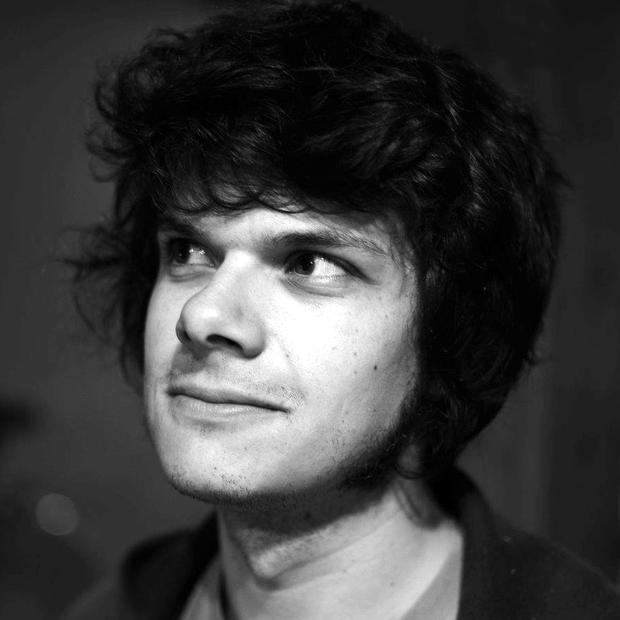 George R. Lee has a BA in Environmental Studies from Vassar College, an MLA in Urban Ecological Design, and has spent years working as a landscape architect and public artist.