Opportunity Zones are meant to spur investment, but some worry it's a tax giveaway for the wealthy. 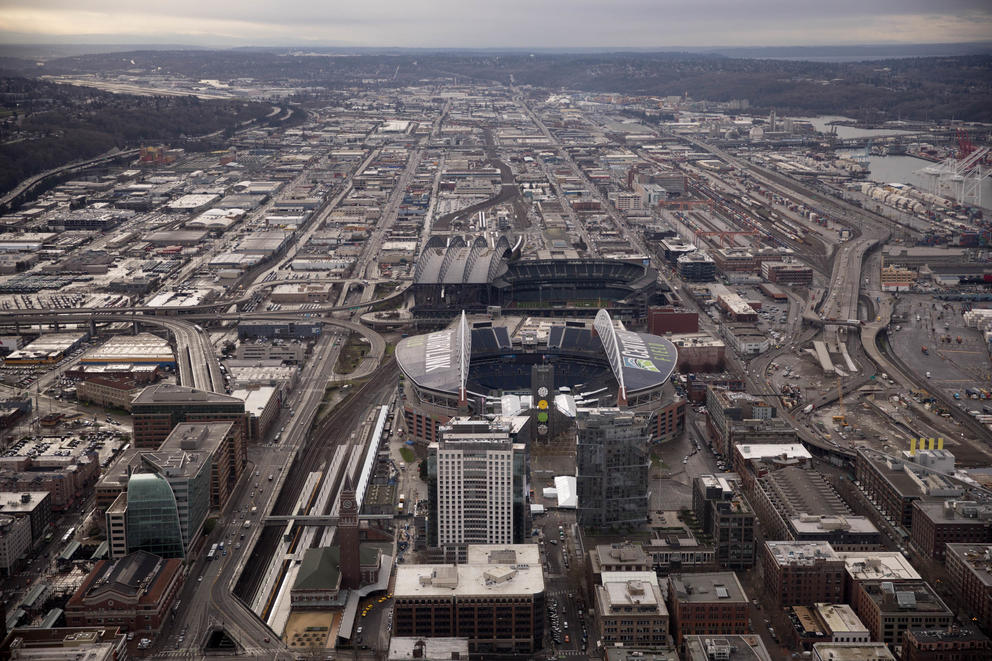 Seattle's SoDo district, as seen from the Municipal Tower on Jan. 19, 2018. (Photo by Matt McKnight/Crosscut)

Seattle Mayor Jenny Durkan is worried that middle-income Seattleites can no longer afford to live in the city. With the median home sales price still tipping $700,000 and median rent for a two-bedroom unit sitting about $2,600 a month, it's an understandable concern and one shared by elected officials and business leaders throughout the region.

Last month, Microsoft launched a $500 million loan program that includes middle-income housing, and Seattle CEO-group Challenge Seattle's released a report on the region's lack of middle-income housing options. Durkan joined in with her own attempt to address the issue, launching an Affordable Middle-Income Housing Advisory Council.

“Whether it’s teachers or firefighters, nurses or people working in our small businesses, they can’t afford to live in Seattle anymore,” said Durkan at the advisory council’s Jan. 28 kickoff meeting. “We’re very much in peril of not being that city we all love.”

The advisory council’s goal is to find “investment strategies and related tools” to give the private market incentives to invest in homes that Seattle’s middle-income earners can afford. The group is still a long way from figuring out that puzzle. But Durkan already has pointed to a new and controversial federal tax incentive called Opportunity Zones as one potential path forward.

Some, like Durkan, see the program as a way to get private investors to complement the work that city and state governments are doing around the housing crisis. But others worry that it is just a tax giveaway to the wealthy, one that, at best, will do little for the communities within Opportunity Zones and, at worst, could bring a flood of investment that accelerates gentrification and displacement.

The program works like this: When individual investors, corporations, trusts or estates sell off stock, real estate, or even high-end artwork, they’re left with capital gains for which they must pay taxes. They can defer payment and get a tax break if they reinvest those profits through Qualified Opportunity Funds, which are the investment vehicles designated by the Internal Revenue Service that funnel money into Opportunity Zones. Funds are organized as corporations or legal partnerships and, so far, are typically run by real estate investment groups and developers.

Opportunity Funds can then invest money in real estate construction or small businesses within Opportunity Zones, which are census tracts with a poverty rate of at least 20 percent of the population and a median household income of no more than 80 percent the area median. Slightly more well-off communities can be designated as Opportunity Zones if their border bumps up against a qualified tract. Cities and states designated their own Opportunity Zones using those parameters. Up to 25 percent of qualifying census tracts in each state were allowed to be named as Opportunity Zones. Seattle’s zones are clustered in the Central District, Pioneer Square, Chinatown-International District, SoDo and in the Rainier Valley.

In theory, communities benefit from the development and investors benefit from the tax breaks, which increase the longer they keep their money in the fund. After five years, investors get a 10 percent reduction in their capital gains tax. After seven years, it’s a 15 percent tax break. If they keep the money in the Opportunity Fund for 10 years, they get the 15 percent tax break and pay zero capital gains tax on the profits made on their Opportunity Zone investment.

Let’s say Jane Smith takes the $1 million profit from selling her favorite Renoir painting and reinvests it into an Opportunity Fund that, in turn, invests in a hotel development in Chinatown-International District. Over 10 years, that investment doubles in value. When Jane cashes out with her $2 million, she would pay taxes only on $850,000 of it.

The Opportunity Zones program is still in something of a Wild West phase. The IRS just released guidelines in October. Beyond establishing the broad type of investments allowed — real estate, small business — they provide little direction for how Opportunity Funds should spend their money and no incentive for spending it on anything other than high-return investments. Despite the uncertainty (or perhaps because of it), Opportunity Funds are springing up across the country and investors are pouring in money. There are already at least 76 Opportunity Funds with more than $16 billion in funding ready to invest.

It’s worth noting that Opportunity Funds don’t actually provide lower-interest loans for projects the way that an affordable housing loan from a government source or community development finance institution might. Those lower interest rates allow the developer to offer tenants lower rents or a lower sales price. The Opportunity Zone program has no such cost break built in for projects receiving investment from the funds.

But, Lambe explained, because there are lots of Opportunity Funds that want to invest and a somewhat narrow range of places to do so, developers could use the demand to negotiate better terms.

“There’s nothing magical about this source that really unlocks workforce housing per se,” he said. “It’s just a new supply of capital available for a limited number of projects that can take it on.”

Lambe said it’s likely only mission-driven funds like his organization's and a handful of others will invest in projects that don’t maximize return on investment.

But cities seeking to address a housing shortage do have options to make middle-income housing a more attractive investment than high-end projects in these Opportunity Zones. For example, Lambe said, Seattle could offer expedited permitting, waive development fees or issue density bonuses for middle-income housing projects that would make them more valuable and attractive to an Opportunity Fund.

Christopher Brown, a director at the national community advocacy nonprofit PolicyLink, wants to see cities do exactly that. “Leverage your zoning and permitting power to ensure that these investments are actually going to go in the right direction,” he said. “They should be tied to investors’ ability to demonstrate how those overarching goals [of serving low-income communities] will be met. How will this project alleviate poverty? How many good jobs will be created for local residents?”

Brown said ensuring that Opportunity Fund investment actually benefits low-income residents of Opportunity Zones will hinge on having existing community members at the table throughout the planning process. “Residents should be driving priorities for investments that come to their backyard. … We’ve seen too often when investment shows up, local folks don’t benefit. And then they get pushed out. That is the biggest risk here for these urban centers.”

Durkan said she’s already thinking about how to use incentives and work with communities to direct investment. The mayor was not available for an interview, but at a Feb. 20 press conference she said of Opportunity Zones, “We are going to be working closely with neighborhood and community groups to identify what are those projects we could get redeveloped that could help the community and not lead to further gentrification.”

She continued, “We don’t want big funds coming in, buying up lands and flipping them and adding to the problem. We are beginning the process to put together a portfolio of projects to show funds and offer them incentives like accelerated permitting.”

Though it’s possible that Opportunity Zones could lead, in some circumstances, to the creation of housing for middle-income Seattleites, there’s still the underlying question of whether the zones will accomplish the stated goal of alleviating poverty in an area without displacing the poorer residents.

Timothy Weaver, assistant professor of political science at State University of New York in  Albany, thinks the answer is no.

“Opportunity Zones are not going to reduce poverty or help poor people in those areas,” he said. “Instead, they’re likely to provide massive subsidy for development that would happen anyway. Or they will accelerate gentrification, which will likely increase problems for poor people rather than help solve them.”

“My general finding with Empowerment Zones in Philadelphia was that if they have much effect at all, it’s very modest,” Weaver said. “Some of the good things they managed to fund were fairly cosmetic. For example, they directed money towards improving streetscapes. … They did not really move the dial with respect to poverty, unemployment, income.”

It’s unclear when Seattle’s Opportunity Zones might start seeing investment. But Opportunity Funds are starting to spend. Just across the water, Bremerton is building one of the nation’s first Opportunity Zone projects — an upscale hotel and apartment complex on the waterfront.

Despite facing an uncertain future, keepers are finding new ways to connect to animals and the public. 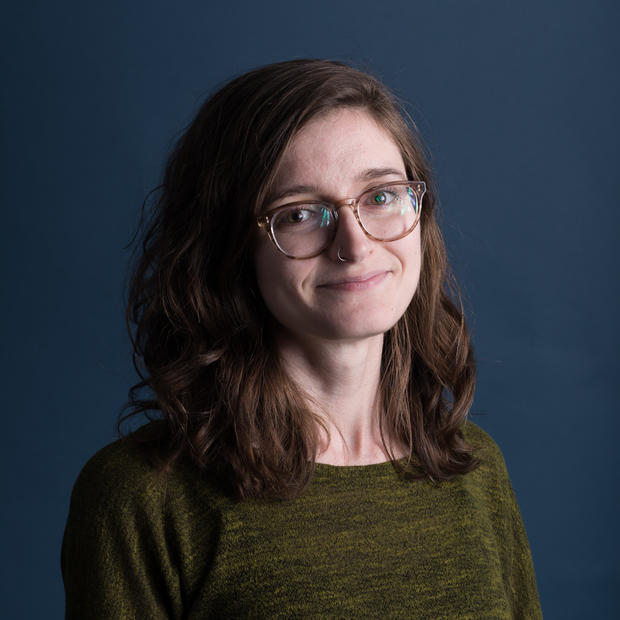 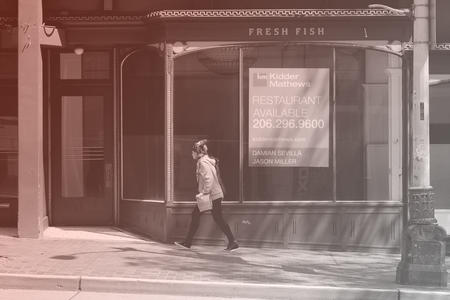