While the newlyweds reunited on a Saturday morning in Tacoma for their wedding, they now face uncertainty of what's to come. 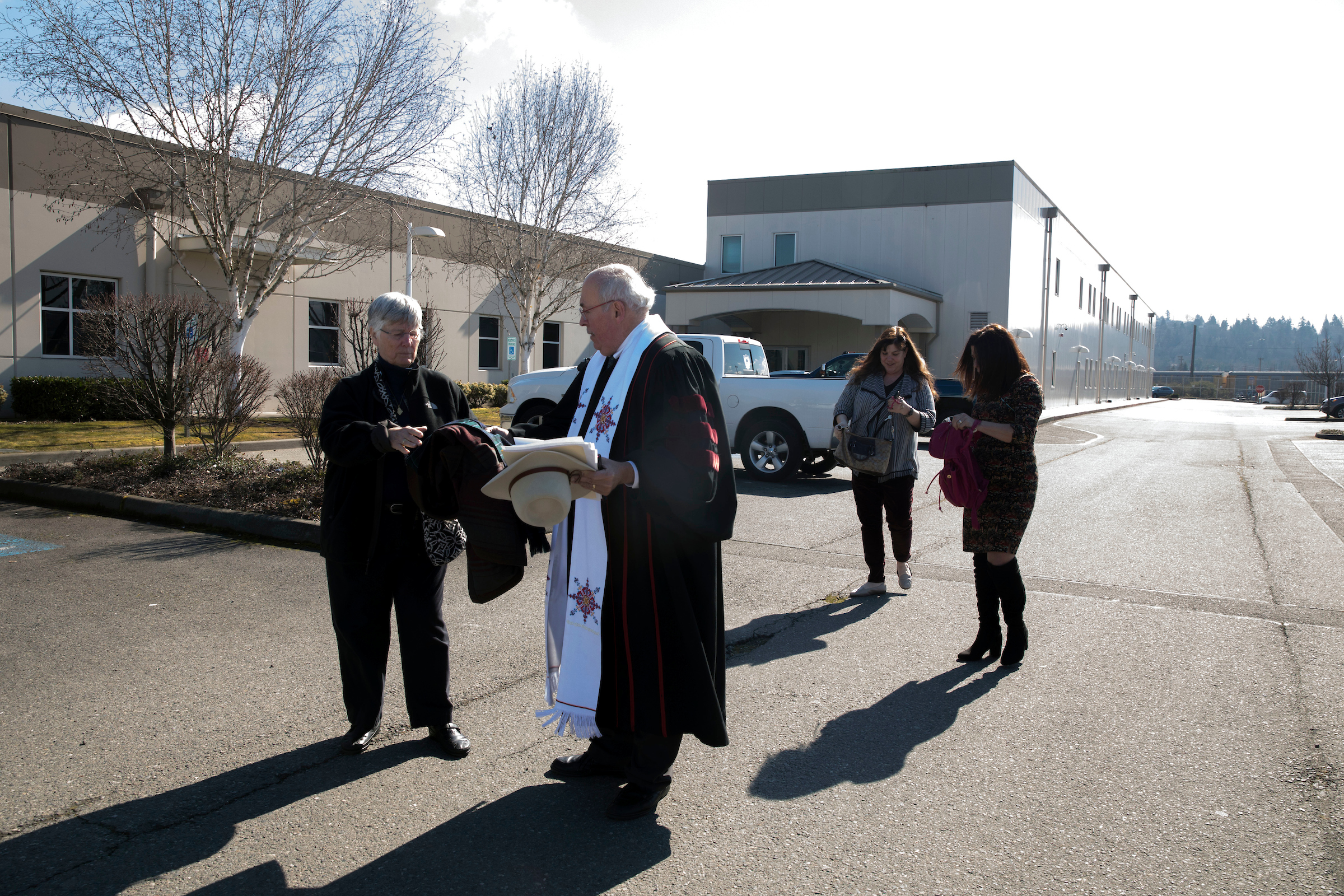 The Northwest Detention Center in Tacoma is known as a kind of purgatory. Undocumented immigrants from all over the world are held there, as they wait to hear whether they will be allowed to remain in the United States. But a few weeks ago, something unusually sunny happened at the detention center — a wedding.

Carrying a black robe and white stole, Pastor Ronald Patterson approached the detention center’s doors for a Saturday morning appointment. Patterson, who lives nearby, has helped other couples get married there, though not that often, he said.

“Here’s someone who served his country,” Patterson began to say about the groom, Sudheer Rao Moturi, before trailing off. He was referring to Moturi’s work as a wildland firefighter.

The bride, dressed in tall, black boots with her hair straightened, followed close behind. A mother of three who works with special needs students, Susan Friedman had left her home in Eugene, Oregon, in the predawn hours to make the nearly five hour drive to Tacoma. The ceremony was expected to start at 11 a.m. Friedman, 39, had not seen her soon-to-be husband in six months, she said. The couple would have only an hour to greet one another and exchange vows.

Patterson’s wife, Charnley Marsden, and Deborah Cruz, a volunteer coordinator with the nonprofit Advocates for Immigrants in Detention Northwest (AIDNW), served as the couple’s two witnesses.

After entering the facility, the party introduced themselves to two guards and began the process of checking themselves in.

“Holy smokes, I don’t know which way it goes,” one guard said, referring to the opening in the pastor’s robe, after Patterson had handed it to him.

Other items the guards inspected: a Bible and several rings for the groom to choose from. Friedman had been unsure of which ring size to buy for her soon-to-be husband. The guards, however, made it clear Moturi would not be allowed to keep any kind of wedding band until he attained the appropriate clearance.

After the wave of a handheld metal detector, the group was ushered back into a courtroom. Moments later, Moturi was brought in, handcuffed. The ceremony was brief. The couple exchanged vows and then rings. The ring Moturi ended up choosing turned out to be too big — he had lost so much weight since Friedman had last seen him. The couple was allowed one kiss, then the ceremony ended. Moturi handed the ring back to his now-wife and the newlyweds parted again.

“It just breaks my heart because I know he’s so frustrated,” Friedman said outside the detention center immediately following the wedding. “It’s hard to see someone you love like that.”

The couple met online in 2015 and for about a year had lived a free and relatively normal life together, though Moturi, 39, has admittedly struggled with substance abuse issues and consequently has run into trouble with the law. 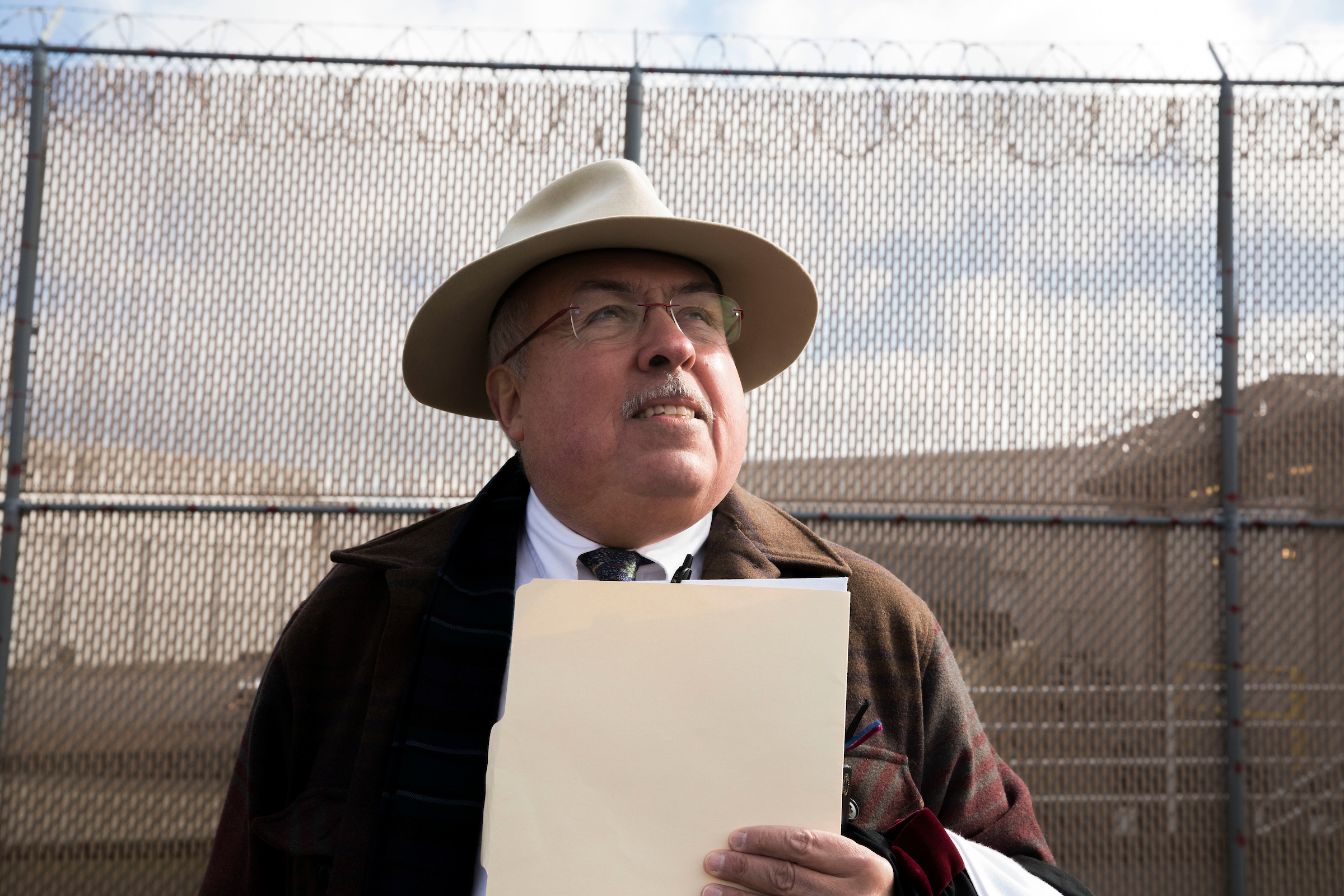 In a private room at the detention center just days after the wedding, Moturi — wearing a red prison uniform, tattoos on both arms, glasses — explained how he had ended up at this particular facility, fighting to remain in the United States.

He said he had moved from India to the U.S. when he was just a toddler, brought here through his father’s student visa. More than three decades ago, in 1987,  he acquired a green card, making him a legal, permanent resident. After living in Washington, D.C., for about a decade, he relocated to Lebanon, Oregon, to live with his grandmother. The rest of his family, which includes four siblings, soon followed.

College was a series of starts and stops, but Moturi’s struggles began in earnest in 2008 when the Great Recession hit. He was living in Las Vegas at the time and having trouble paying rent. A friend suggested selling drugs as a way to make money. A few sales of cocaine later, police apprehended him. He ultimately served several days in jail and one year of probation, he said.

Moturi’s troubles didn’t end there, however. He was twice arrested for driving under the influence, he said. And he was caught with cocaine again. After a drunken fight with a former girlfriend, during which he tore up their apartment, he acquired a burglary charge.

Yet, in the midst of it all, back in Oregon, Moturi began working as a wildland firefighter in 2010.

Then one afternoon in 2016,  just as he was about to head out for substance-abuse counseling, U.S. Immigration and Customs Enforcement showed up at his door.

He was taken to the county jail in Springfield, Oregon, before being transferred to the Northwest Detention Center, 250 miles from home. He and Friedman have been physically separated now for more than two years but have somehow managed to stay together.

Moturi says he spends his time mostly alone. An introvert, he says he lives in an isolated cell by choice. He watches TV, does pull-ups in the yard or reads in the law library. His case is currently on appeal at the U.S. Court of Appeals for the Ninth Circuit. His attorney, Erin Hall, says the case hangs on the interpretation of a specific Nevada statute and whether his drug conviction under that statute is a deportable offense.

“I’m not a bad person. I’ve just made some mistakes, like we all do,” he said. “I’ve never hurt anybody.”

“I’ve definitely learned my lesson. I’m just ready to get out,” he continued. “I’m just worried about me and Susan. She’s the only one who has been there for me.” 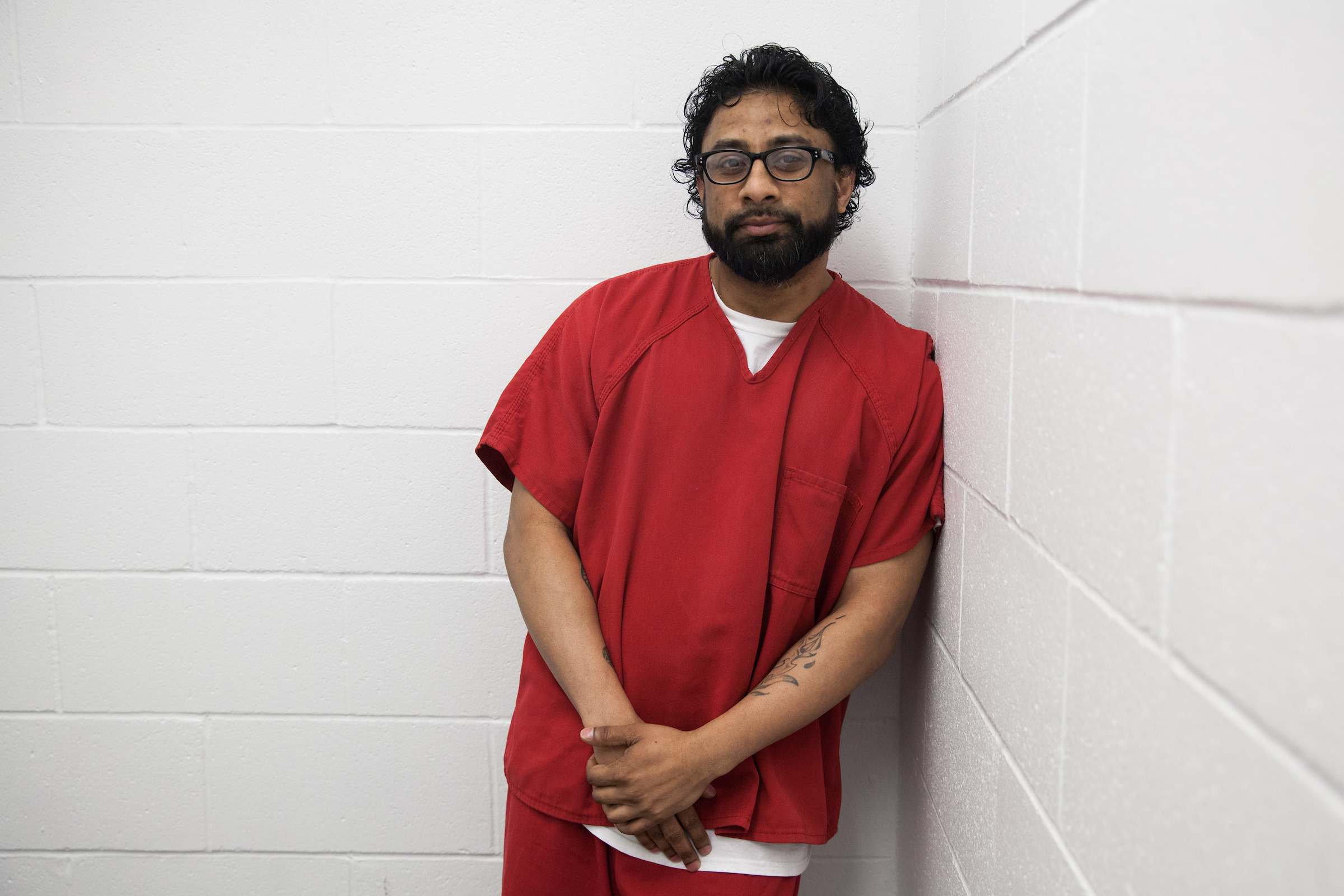 Moturi hasn’t had contact with his family in about a year, he said, though a GoFundMe page set up for his defense by his sister in 2017 is still visible. She set a goal of $13,500, but has raised only about $1,700 so far.

“Anyone that knows Sud, knows he does not deserve such a harsh punishment,” she wrote at the time. “He deserves to be here as much as any of us and to have the opportunity to turn his life around for the better. He has a right to life, liberty and the pursuit of happiness!”

“We don't want to lose him. He's a big part of our family and we just want him to be home surrounded with love and support,” she wrote.

Moturi says he looks forward to getting back to work and picking up healthier habits, like maintaining the exercise he’s already started to do while in detention. He also wants to form more constructive friendships. And he’s thought about moving to Canada.

In the meantime, Moturi and Friedman try to talk on the phone on a daily basis.

“We weren’t expecting for me to be here this long,” he said. “I really can’t ask her to do anymore than she’s already doing.”

“I first didn’t expect her to last. I thought she would be like everyone else and move on with her life,” he said. But “she’s been with me since day one.”

“Blessed for that, definitely.”