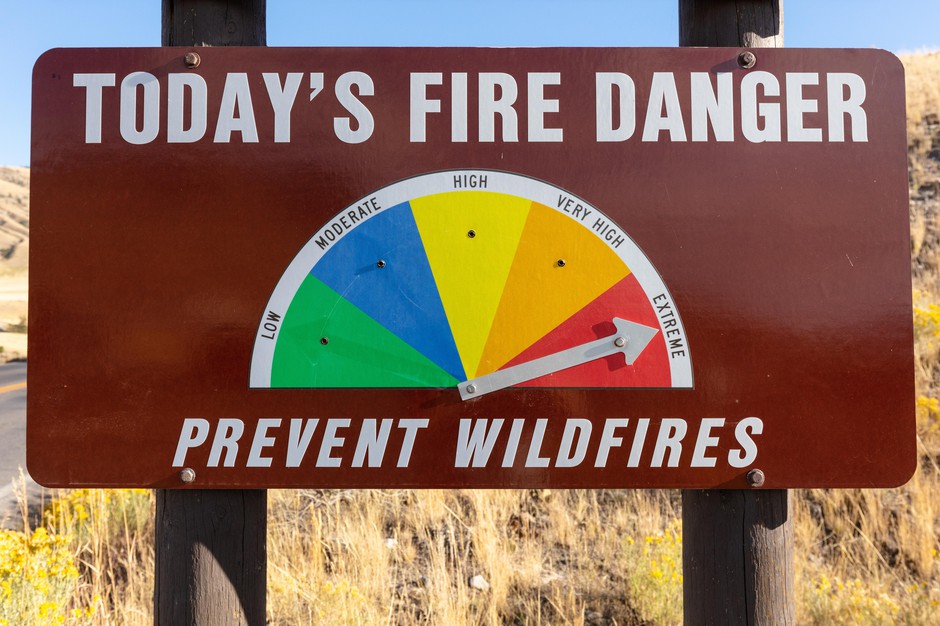 Information on public fire-danger signs comes from the National Fire Danger Rating System, which is being updated for the first time in more than four decades. (Photo by Jacob Frank, NPS)

A tool forest managers use to determine the level of fire danger is getting its first update in more than 40 years.

The National Fire Danger Rating System uses information such as temperature, humidity and wind to let firefighters know how wildfire will behave.

“It allows us to combine a lot of information to produce a very simple categorical scale of fire weather conditions for a particular place on a particular day,” said Matt Jolly, a U.S. Forest Service researcher.

Jolly helped develop the update for the system, which will be available for fire agencies, public lands managers and others to access in time for this year's fire season.

He says the new system will be automated. Previously, it required a human presence to take readings at weather stations scattered across the country. In addition, the science behind the calculations of fire danger has been updated.

“In the future, even now, we can do things that we haven’t been able to do before – like look at the hour-to-hour changes in fire danger,” Jolly said.

The system also is used to set fire danger signs at the entrance to Northwest campgrounds, national forests and some towns. The signs usually only reflect certain risk factors that usually don’t change dramatically on a daily basis, like temperature and fuel moisture,

“The public won’t see any changes to those Smokey Bear iconic [fire danger] portal signs. You know you have Smokey there with green and orange and red, laying out fire danger. That system will be the same. It’s just the science behind it will be much better,” said Holly Krake, a spokesperson for Washington’s Okanogan-Wenatchee National Forest.

Other national forests in the Northwest, including the Rogue River-Siskiyou in southwest Oregon and Wallowa-Whitman in northeast Oregon, are waiting another year before changing over.

“The goal is to have all operating areas in the Pacific Northwest under the new system in 2020,” Forest Service spokesperson Stephen Baker said in an email statement.

The National Fire Danger Rating System is just one of many tools used by forest and fire managers to assess conditions on the ground.

“[NFDRS is] not designed to make a decision for you in a little black box,” said Ruth Johnson, a fire planner at Rogue River-Siskiyou National Forest.

She says if the information provided through the system doesn’t mesh with local observations, managers will adjust to provide the most accurate assessment of fire danger as possible.