Hit the easy target: smoking. Avoid the obvious one: heroin 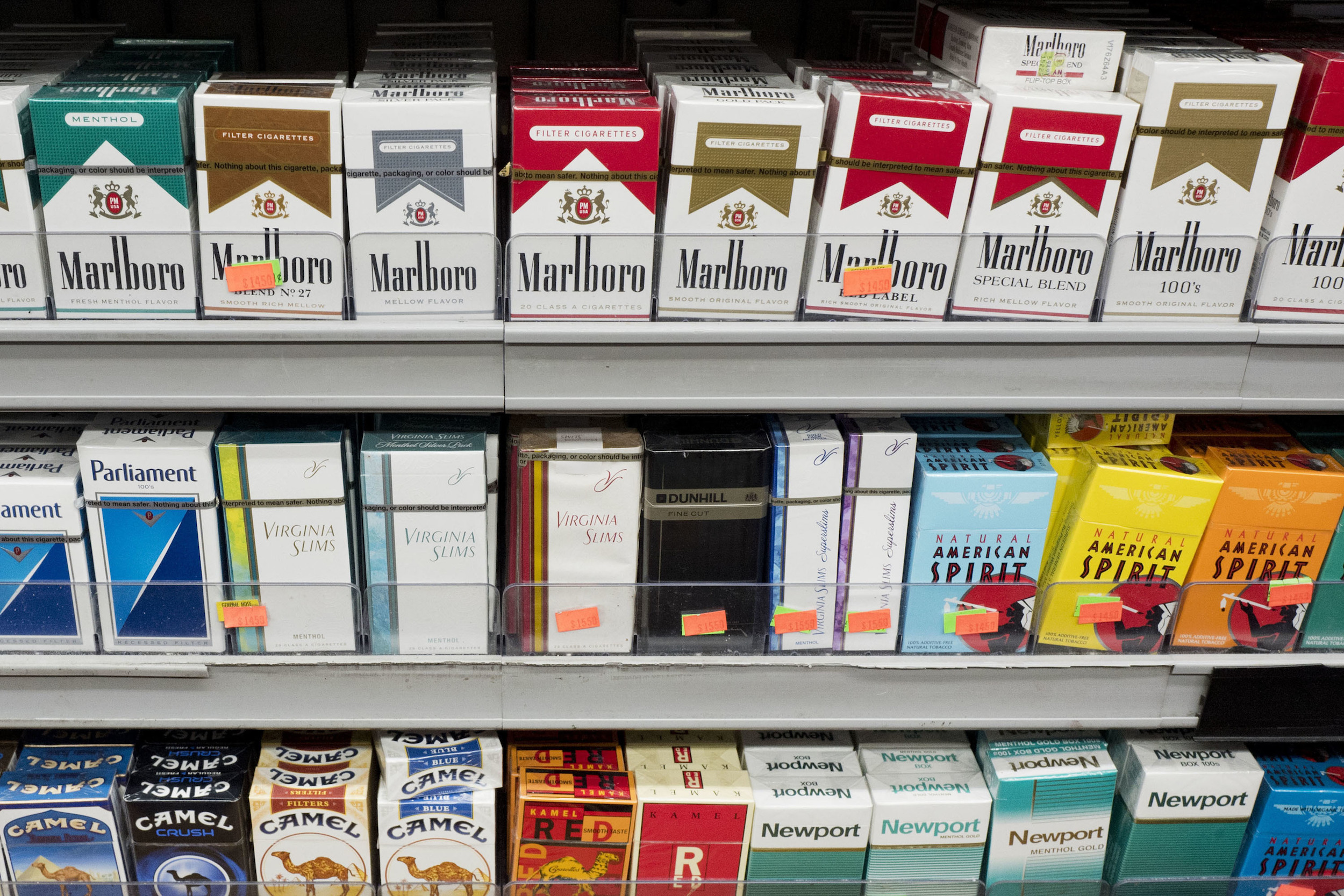 At a ceremony last Friday, Gov. Jay Inslee signed a bill into law raising the smoking and vaping age in Washington from 18 to 21.

“We know that 95% of smokers start that dangerous behavior before age 21,” said Inslee. “This bill is going to save thousands of lives in the state of Washington.”

It’s certainly a step toward reducing the toll of tobacco, but it might be a stretch to say that “thousands of lives” in Washington will be saved because you can’t legally buy a pack of Lucky Strikes until you’re 21 (what’s a bill signing ceremony without a little hyperbole?). For decades, lots of high school kids have been smoking, even though they couldn’t legally buy a pack of cigarettes until they’re 18. In fact, there were so many teens smoking in the 1970s and ’80s that some schools created “smoking rooms” for them to light up.

But those days are long gone. Smoking — even one cigarette — is roundly condemned as being bad for your health and bad for society as a whole, regardless of your age. No smoking rooms in any building for anyone anymore.

And this message is working. Legislators usually pass a law when a problem is getting worse, but young adult smoking isn’t growing; quite the opposite. A statewide survey last month showed teen smoking down by more than half in just a decade. Teen vaping is up, but, according to Johns Hopkins Medicine, vaping is less hazardous than smoking. It’s still addictive, but its chief liability is that it might lead to cigarettes down the road.

But here’s a problem that is growing worse: heroin. And unlike cigarettes it won’t kill you in decades. One errant dose can end your life (in 2017, heroin and opioids accounted for 69 percent of King County’s 379 drug-overdose deaths). And unlike smoking, it has spawned a subset of the homeless population built around the drug that is lawless and corrosive of every commercial and residential area it touches.

The new law reveals an incredible irony. In the city of Seattle it is now de facto legal for a 19-year-old street vagrant to possess up to 3 grams of heroin — enough for 30 doses (the law against it isn’t enforced because the cops have been told it won’t be prosecuted). But it is now illegal for that same 19-year-old to buy a pack of Camels.

Legislators could have passed a law requiring the criminal prosecution of anyone possessing heroin to end Seattle’s suicidal tolerance policy of it. They also could have passed a bill requiring the criminal prosecution of people with five or more criminal convictions on his or her record anytime they are again arrested. That would help stop the senseless allowance of street crimes committed over and over by addicts. Both ideas take clear steps toward solving a problem that is bad and getting worse.

So why the crackdown on smokes and not smack?

Because politically speaking, it’s easier. Taking on Big Tobacco, which barely put up a fight against the cigarette bill, is easy. But if Olympia took on Seattle’s heroin culture it would mean admitting up front that the people running the city’s political establishment (Democrats, with a handful of cranky socialists) has failed to solve the problem.

So doing something in Olympia would mean a huge fight within the family, pitting more moderate Democrats outside Seattle against resentful ideologues in Seattle. It would mean passing legislation with Republican votes and sending it to the governor, who would either sign it and earn the enmity of the urban left in his own party, or veto it and infuriate pretty much everyone else. It would put state Attorney General Bob Ferguson in a tough spot: Will he show the same gusto in supporting a crackdown on heroin that he did on smoking, or will he oppose the bill knowing that it would antagonize key constituencies that he’ll need when he battles King County Executive Dow Constantine in the likely Democratic primary for governor next year?

So rather than really saving lives and beginning the reversal of the infestation of illegal tent encampments built around drugs, the Legislature instead lowers the boom on 20-year-old smokers, the governor signs the bill, and everyone pats each other on the back about all the good they’re doing.

Critics, of course, will point out that legislators and governors can do two (or if necessary, at session’s end, 12) things at once, which, of course, is true. You can oppose young adult smoking and heroin. But legislators aren’t cracking down on both, just on one. You would think that the more serious — and obvious — problem would be a higher priority.

But in this legislative session, cracking down in any real way on heroin and the lawless behavior by addicts who reject treatment is no priority at all.