After years of failure and frustration, Democrats are taking a piecemeal approach to climate legislation, and it appears to be working. 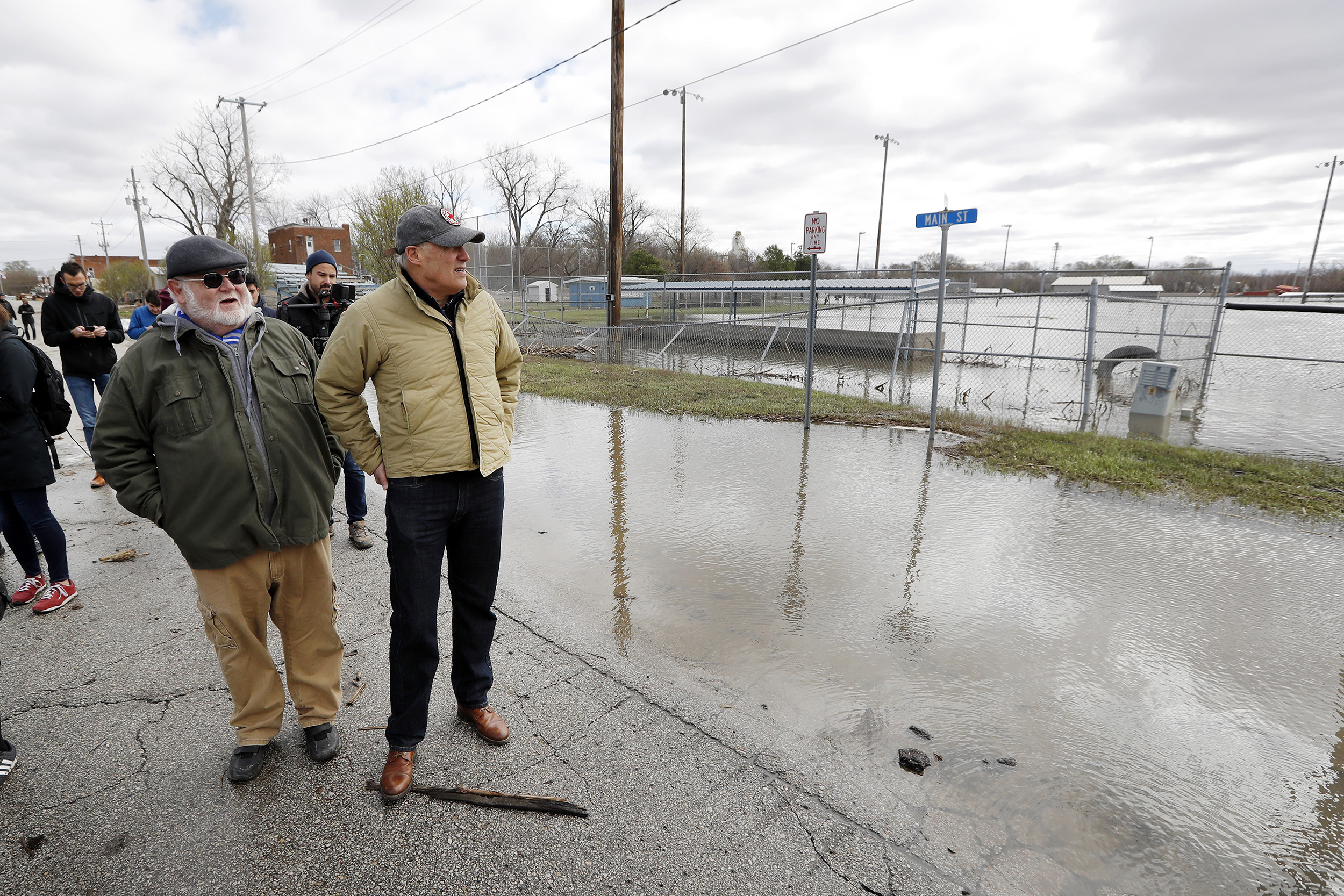 Democratic lawmakers are finding success in moving a raft of clean-energy bills through the Washington Legislature this session, benefiting from the seats they picked up in 2018 and using a new strategy to attract support from  moderates in their own party.

The sweeping bills would make Washington the fourth state to require a phaseout of electricity produced with fossil fuels; mandate energy overhauls for larger, old buildings; and join California, Oregon and British Columbia in reducing the climate-harming effects of car and truck fuels.

The fate of three lesser bills to protect the climate is less certain, as lawmakers hurtle toward their scheduled April 28 adjournment. Those would promote the use of electric vehicles, crack down on climate-harming refrigeration gases and require more energy-efficient electrical appliances.

Passage of the bills, which Democrats tout as ways to reduce planet-heating greenhouse gas emissions, will burnish the climate-change bona fides of both legislators and Gov. Jay Inslee, who is making the fight against climate change the cornerstone of his 2020 presidential bid.

Inslee is certain to sign the bills if they pass. He previously was rebuffed repeatedly in his climate-protection efforts by both the Legislature and Washington voters.

“I will make defeating climate change the No. 1 priority of the United States,” Inslee said last week at a nationally televised CNN town hall. “And I believe I can accomplish that.”

The bill to make Washington’s electricity climate-friendly, Senate Bill 5116, lays out a plan for making all electricity generation in Washington state carbon-emission neutral by 2030, meaning any greenhouse gas emissions will have to be offset by taking climate friendly steps such as building electric-vehicle charging stations. A utility also could comply by purchasing renewable-energy credits on the open market.

By 2045, electricity generation would have to be completely carbon-emission free. That’s easier for Washington than for many other states because carbon-free hydropower already provides almost three-quarters of the state’s electricity. But coal and natural gas, which involve carbon emissions, together provide one-sixth.

The legislation also bans sale of coal-powered juice to retail electricity consumers by 2026. California, Hawaii and New Mexico previously passed legislation to phase out electricity derived from fossil fuels. The legislation passed the Senate on a party-line vote of 28-19. Last week it passed the House on a largely party-line 56-42 vote. Republicans sought unsuccessfully to replace the measure with one focused on fighting forest fires.

Because House members amended the Senate bill, it will go back to the Senate for a second vote, which could happen as soon as this week.

"There's a lot of work ahead, but we're optimistic," said Clifford Traisman, an environmental lobbyist who represents both Washington Conservation Voters and Washington Environmental Council.

The second major piece in Democrats' package of climate legislation is a green buildings bill that sets "an efficiency performance standard" for commercial buildings of more than 50,000 square feet. That standard would apply to existing buildings and, in some cases, require retrofitting.

The bill calls for public utilities to offer tax credits for owners of older buildings who would need to make a “significant investment” to comply, Doglio said.

She said buildings now under construction, as well as those put up in the past 20 years, will meet the standards laid out in the bill, House Bill 1257, which came from Inslee's office.

In addition, HB 1257 requires gas utilities to undertake efficiency programs for customers, "which creates a parity with the large electric utilities in the state," Doglio said. It also demands that new construction with parking make 10% of the parking spaces for electric vehicle recharging. Although the legislation’s prospects are good — it passed the Senate on Monday — it still needs to be reapproved by the House with Senate changes intact.

"You don't want to take anything for granted, so we'll be working it until the bitter end," Doglio said. "But I feel pretty confident."

A third spoke in the Democrats’ climate-change wheel, a clean-fuels bill sponsored by Rep. Joe Fitzgibbon, D-Seattle, is stuck in the Senate Transportation Committee. The legislation, HB 1110, which establishes a low-carbon fuel standard, passed out of the House with 53 yeas and 43 nays, with two members excused.

Fuel makers and distributors whose product does not meet fuel-blend standards could buy credits from fuel makers whose products do — with credits calculated to reflect the life-cycle carbon content or intensity of the fuels.

Traisman, the environmental lobbyist, said the biofuels bill has been a tougher sell among lawmakers.

"The fossil fuel industry has done a good job making that seem like somehow it's going to create a huge increase at the price pump, even though the evidence is to the contrary in our neighboring states, and so, we have had more to overcome on that one," he said.

The increase in the number of Senate seats held by their party allowed the Democrats to push these pieces of legislation, since they were no longer held back by less liberal Democrats from rural and industrial districts. Even this year, there was opposition to the clean-fuels bill not only from  Republican representatives, but also from Reps. Brian Blake, D-Aberdeen, Sharon Shewmake, D-Bellingham, and Larry Springer, D-Kirkland.

What's more, Inslee and fellow Democrats went with a new political tack in this legislative session. Rather than try to put in place a carbon tax, as they did with two failed statewide ballot measures and unsuccessful legislation Fitzgibbon spearheaded in last year's session, they chose a piecemeal approach. By focusing separately on building, electricity sources and the transportation sector, they used a divide-and-conquer approach, preventing lobbyists for various carbon-intensive industries from joining forces against a standalone carbon-tax or cap-and-trade bill.

“We shifted this year to a strategy that was going to reduce emissions in a sector-by-sector approach, and that's what you're seeing before you," he added.

Opposition to the Democrats’ climate trifecta comes mostly from Republican lawmakers, whose views of the bills range from hostile to skeptical.

Rep. Richard DeBolt, R-Chehalis, who sought to change the clean-grid bill into a measure about forest fires, criticized SB 5116 for being ineffectual. “It doesn’t reduce carbon” for many years, he said. “I felt like our bill reduced carbon now,” DeBolt said, explaining that fighting forest fires next year would be a nearer-term goal.

In an apparent reference to Inslee, DeBolt also said "outside pressures" forced the Democrats to end negotiations on SB 5116, the farthest-reaching of the bills.

”There's other people in the building that want to be able to point to this bill, and it had to move quickly," he said.

Traisman dismissed the Republican assertion that Democratic lawmakers have been introducing and acting on the bills to further the political ambitions of Inslee, who is playing up Washington state's programs in his presidential bid.

Traisman suggested Inslee's  previous attempts to line up Democratic lawmakers on climate-change measures had been thwarted by Big Oil.

"What you're seeing now is that they agree, and they've always agreed. There's nothing new. This isn't about, 'Oh, let's do one for the Gipper,'" he said.

"I think that there's a recognition that the state has the ability to be the leader on climate," she said.

Three other bills in focus for climate advocates this session are: 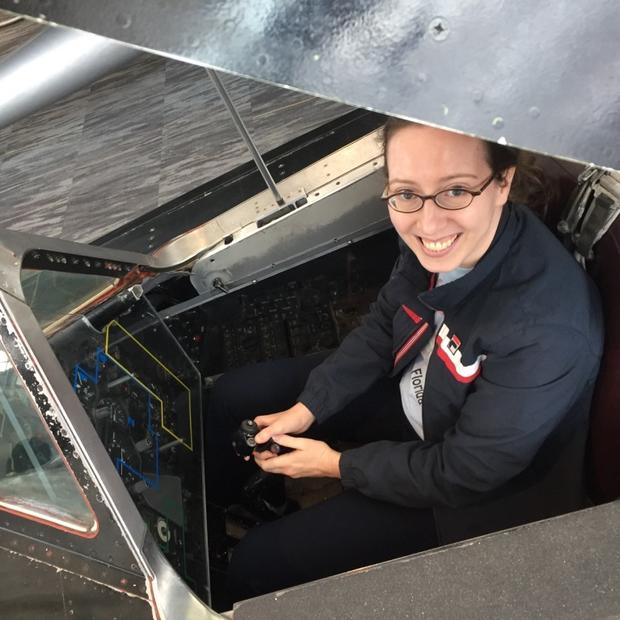 Rachel Nielsen is a freelance reporter based in Seattle. Previously, she covered venture capital and technology from New York/Jersey City, affordable housing from New York and business and politics from Russia.