Throughout her career Chernin, now the CEO of the Greater Seattle Business Association, has been an advocate for the underrepresented. 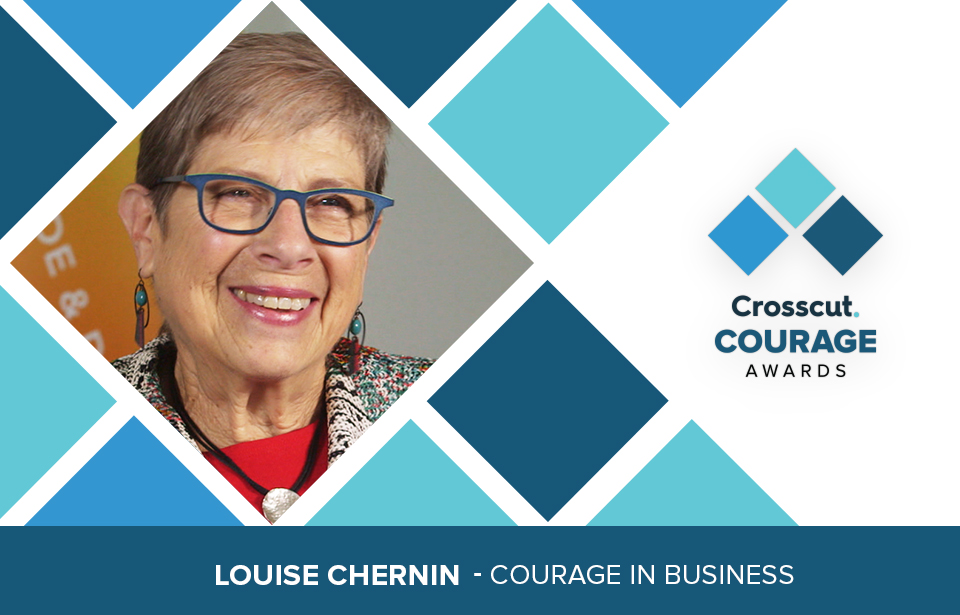 It was 1974 and Louise Chernin was a widow with two children — her youngest only 4 months old — when she realized her personhood had died with her husband. Suddenly without a Mr., she had few rights because she was no longer married to a man.

“I had no identity,” she said.

She was unable to get a credit card. The phone company needed a deposit on a phone she’d had for three years. She watched as the Equal Rights Amendment failed. Women were still blocked from many occupations and their pay was nowhere near that of their male counterparts.

“It plunged me into a rage about the second-class status of women,” said Chernin, the self-described lesbian feminist and now-CEO of the Greater Seattle Business Association (GSBA).

When Chernin took the helm of GSBA in 2002, the LGBTQ-focused chamber of commerce was a small association led by a staff of two. GSBA spent its early years after launching in 1981 focused on facilitating networking opportunities within Seattle’s LGBTQ community or lobbying employers to adopt anti-discrimination policies.

In Chernin’s tenure leading GSBA, the organization has only grown more powerful and influential. Today, it oversees a college scholarship fund that is expanding exponentially, investing more than $500,000 every year in 50 LGBTQ and allied students.

Since Chernin became CEO, GSBA has had three women serve as board president. And with more than 1,300 small business, corporate and nonprofit members, GSBA has grown to be the largest LGBTQ chamber in North America, and one of the largest chambers of any kind in Washington State.

“What started out as a business networking group is now a major business organization whose membership is integral to the economic health of our region,” Chernin said.

For her work, Chernin will be honored with Crosscut’s 2019 Courage in Business Award. Seats and tables for the Courage Awards breakfast can be purchased here.

While the base of GSBA’s membership are small business owners, it has welcomed a number of large corporations, a development Chernin said is not only good for the chamber’s bottom line but also benefits the thousands of LGBTQ-identifying employees that work at those companies. She’s watched giants such as Wells Fargo, US Bank, Alaska Airlines and Microsoft tentatively dip their toes into GSBA waters, then gradually increase their presence on the GSBA’s board, on committees and in policymaking.

Chernin’s most recent win was leading the charge to create the Washington State LGBTQ Commission, providing GSBA and the LGBTQ community an avenue for increased participation in legislative activities. Commissions — like the Women’s Commission, for example — study problems affecting particular populations, then recommend actions to the legislature or the governor. The LGBTQ Commission will have 15 appointed commissioners and a small staff.

“Until now, we’ve been the only protected class without a commission,” Chernin said. “Now we’ll have the ear of the governor’s office.”

‘Louise does not sleep’

Chernin’s experience with GSBA has positioned her as an advocate for the underrepresented — both professionally and personally. Danny Cords was a shy 25-year-old scarred from the sexual orientation conversion therapy he endured as a teenager when he met Chernin six years ago. He was chosen to present his story at GSBA’s annual gala in 2014, but was paralyzed by fear by the prospect of sharing his truth with hundreds of people. Chernin coached him through.

“Louise walked with me every step of the way, from casual coffee, script curation, to making sure I was seated with the right guests that would make me feel comfortable at the event. This was all done outside of her normal working hours, and in addition to her advocacy,” said Cords, now 28, a GSBA board member and a professional public speaker. “Louise does not sleep.”

Chernin remained supportive, Cords said, as he worked his way toward undergraduate and masters degrees. She helped him find his voice as he lobbied to ban conversion therapy in Washington.

“In every way, she shows up,” Cords said.

Chernin’s sure to be busy into the foreseeable future. GSBA is one of eight organizations included in a two-year, $550,000 Communities of Opportunity grant from King County, which will support training and outreach for members of the trans community eying entrepreneurship. She’s also extended the organization’s reach in just the past year into eastern Washington and Snohomish County to offer networking and business development support for LGBTQ small business owners. She plans to travel abroad to help LGBTQ leaders worldwide create chambers like GSBA. She has trade missions to Israel and Taiwan already under her belt, with more planned.

Staying busy helps Chernin remain motivated and driven in an environment in which LGBTQ people, immigrants and other marginalized individuals are under attack.

“You feel less powerless when you are working on things,” Chernin said. “I’m grateful for the position I’m in.”