Since 2012, Seattle has followed the "Nordic model" of arresting sex buyers over workers. Starting last summer, that's on hold. 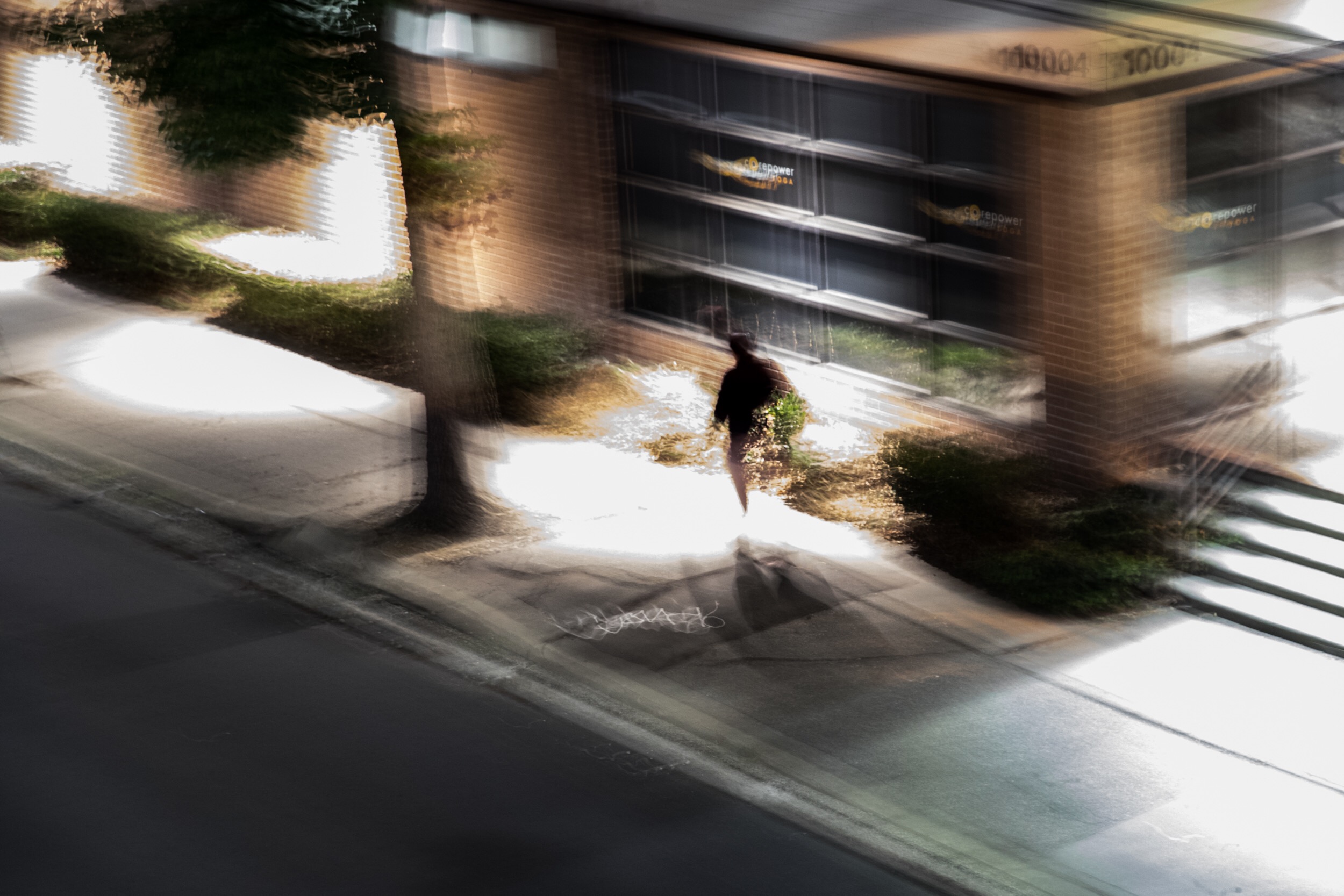 A woman walks down the 100th block of Aurora Ave North in Seattle, during the late evening hours of Oct. 1, 2019. (Matt M. McKnight/Crosscut)

In a marked departure from the city of Seattle’s approach to dealing with street prostitution the past seven years, Seattle police officers this summer returned to routinely arresting and booking sex workers on Aurora Avenue in North Seattle.

While the city has publicly and proudly pursued the “demand” side of the sex trade — those purchasing sex — the City Attorney’s Office and the Seattle Police Department since 2012 have mostly shied away from booking the sex workers themselves, directing them instead to services.

Despite some criticism, the city has stood by the approach, known as the “Nordic model,” as a progressive alternative to the old way of addressing prostitution. But in the face of a sharp spike in the amount of street-based sex work, service providers exceeding their capacity and intense pressure from North Seattle residents and businesses, the Seattle Police Department began moving away from the Nordic model last July — at least temporarily.

“We’ve had to look at this differently than what our approach has been traditionally in the last few years, which has been a victim-first, trauma-informed type of approach,” said Capt. Mike Edwards, head of SPD’s High Risk Victims Unit.

Since July, SPD has made about 120 arrests via sting operations, said Edwards. While some of those arrested are “johns” buying sex, the large majority are the mostly women workers selling it, he said.

Most of those arrests are not being charged by the City Attorney’s Office and serve only to temporarily remove the women from the area for several days or weeks. Edwards said it's either that or do nothing. “We’ll make the arrests; we’ll file the bookings,” said Edwards. “That’s not a solution in and of itself. For us it’s really back to that piece of almost the community caretaking approach — to at least get them out of the environment, albeit for a short period of time.”

The decision to change the department’s approach came from the top command staff and was in response to a number of things, said Edwards.

For one, the amount of sex work on Aurora has increased dramatically, according to police and outreach workers. Edwards said a lot of that was driven by the federal shutdown of Backpage, a website where sex workers and buyers once connected. Municipalities across the country have reported increases in street prostitution after the website’s closure.

Officers also have noticed an uptick in people coming from California to work in Seattle, said Edwards, although he was unsure why.

As the amount of sex work has increased, so has community pressure on the department to do something. “It’s coming from citizens, business groups, individual business owners,” said Edwards. “The chief’s office has heard it in community meetings, emails, phone calls — there’s been an awful lot of expression of concern as well as anger because of how visible and high profile it’s been up there.”

Finally, said Edwards, the diversion programs the police department once leaned on so heavily as an alternative to arrest are at capacity. That leaves the department to choose between immediately turning people back onto the street or booking them into jail, said Edwards. The department has decided on the latter, even if it’s not preferable.

Lisa Daugaard, executive director of the Public Defender Association and co-founder of the prearrest Law Enforcement Assisted Diversion Program (LEAD), has said publicly that LEAD case managers are at capacity. She will argue to the Seattle City Council on Wednesday that SPD’s recent shift in approach to street prostitution is proof-positive of why prearrest diversion needs more funding.

“We’ve seen state-of-the-art use of this diversion option for sex workers by SPD in recent months, with remarkable outcomes already,” she said. “We want to make sure we can continue to take those referrals. The jail is always open. That can’t be the only choice available to these officers, who’ve proven they’re willing to choose a more intensive intervention if they have the option.”

Melodie Reece, co-founder of the People of Color Sex Workers Outreach Project, which does outreach on Aurora, said she’s seen and heard from women about the increase in arrests. She’s worried they isolate women from support networks and will set off a chain of events that lead the women to become more dependent on sex work. “It’s just this huge spiral that happens once one of these girls gets arrested,” she said. “They become even more vulnerable and need this emergency type of work even more because that’s how they make money.”

Moreover, she said she hasn’t seen any decrease in the presence of pimps, which angers her. “I am more curious and a little enraged that we aren’t seeing a decrease in management [pimps] stalking these ladies because, in many regards, those folks are the problem, and it shouldn’t just be Black and Brown women that you arrest,” she said. “They’re responsible for most of the violence on Aurora.”

Edwards said the department’s ultimate targets are the pimps.

SPD’s change in approach has rippled through the criminal justice community. Kelly Harris, chief of the criminal division with the Seattle City Attorney’s Office, said their office has noticed the increase. Most of the bookings are not getting charged, he said, estimating fewer than 10 this summer. It’s only “after attempts at offering them services fails, then we’ll file those,” he said.

Harris said the office’s approach to prioritizing diversion remains the same, but that it also has run up against the limited capacity of LEAD.  “The numbers aren’t to the point where we need a wholesale policy change,” said Harris. But, he added, “If the numbers get to that point, we’ll have to adjust. I don’t know what that means quite yet.”