Landlords with lawyers, tenants without: How some WA renters are signing away their rights

The state Legislature recently passed new regulations to protect against eviction, but many don't know their rights. 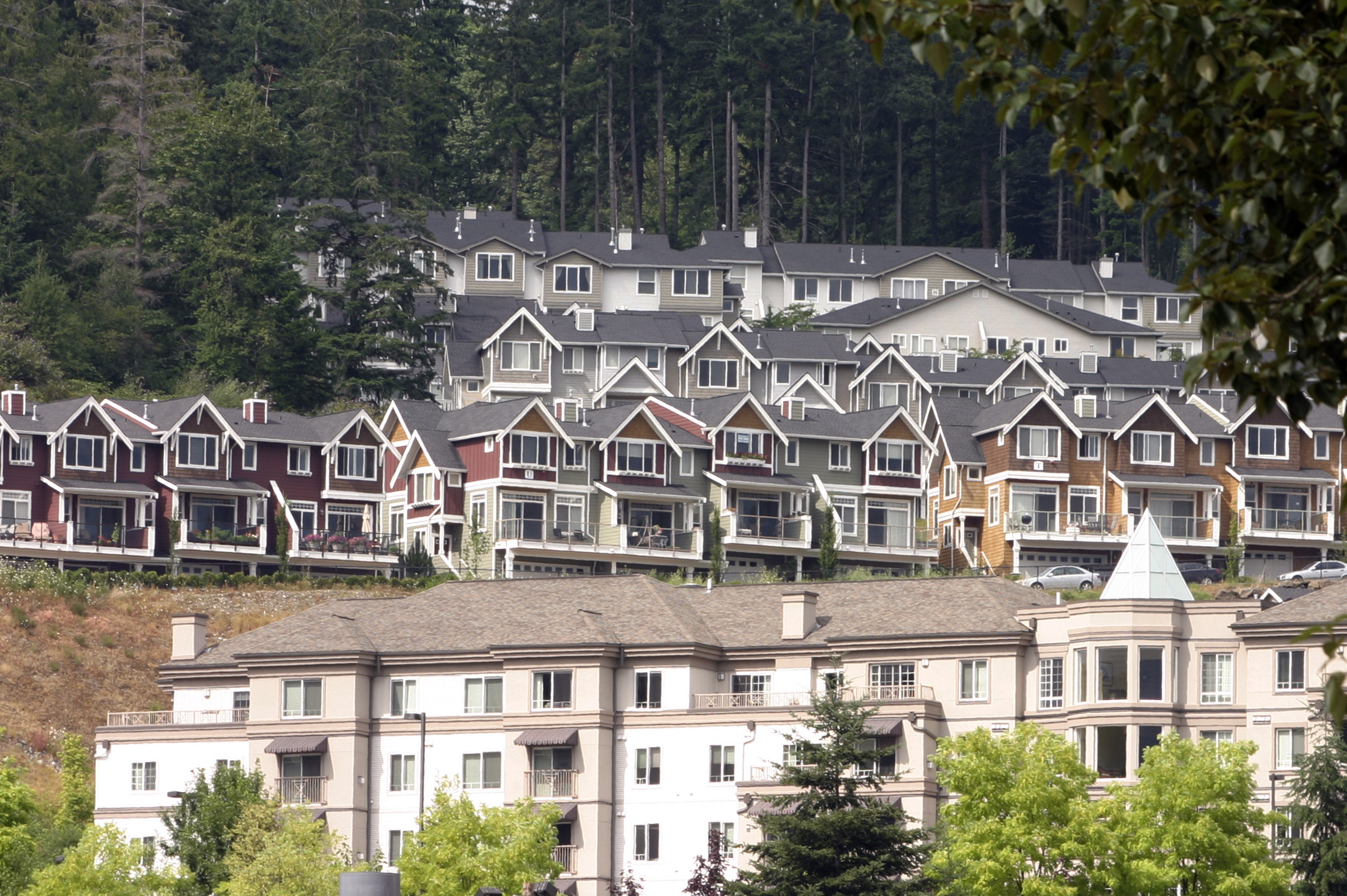 To bypass new tenant protections passed by the state, some landlords have started targeting renters who miss a payment, or are late with a payment, with contracts that require tenants to give up some of the new rights passed to protect them from eviction. (Andrei Pungovschi/AP)

When Melissa Moctezuma signed the agreement last September, she just wanted her housing headaches to go away. She was late on her rent that month, and her landlord had served her an evictions summons. Rather than allowing the eviction to go before a judge, she agreed to a series of payments proposed by her landlord’s attorneys — including late fees and costs for lawyers and courts — to avoid losing her downtown Seattle apartment. She did so without the representation of a lawyer.

What Moctezuma did not fully understand at the time was that, by signing the agreement, she had given up some of the rights that protect her from eviction resulting from fees other than rent, including late charges or attorney’s fees — rights that the Washington state Legislature passed earlier this year and which kicked in last July.

Moctezuma, who was working 15-hour days between two jobs and caring for three teenagers when she made the agreement, was served another eviction a month later. She had paid her October rent, but had fallen $75 behind on the extra fees she had agreed to in order to avoid the initial eviction — precisely what the new laws had forbidden.

“I knew it was an arrangement, but by meeting the rent payment on time, I didn’t feel like I had to abide by the other amounts,” she said.

Attorneys for landlords say the trade-off in these agreements is fair: By giving up some of her rights, Moctezuma gained leniency around the eviction.

“It’s an agreement and a way for the tenant to remain in their home through a payment plan,” said Brett Waller, director of government affairs with the Washington Multi-Family Housing Association. He added, “In any agreement, both parties give up certain rights that they are entitled to under the law.”

But amid a renewed focus on preventing evictions, especially in Seattle and King County, advocates argue that tenants are falling victim to an imbalance between property owners with lawyers and renters without. Without legal representation, tenants can easily be overwhelmed by legalese and sign something they don’t fully understand, especially as a new raft of regulations takes effect.

In addition to barring evictions over late fees, the law extends “pay or vacate” notices from three to 14 days; limits the attorney’s fees that tenants must pay; and increases advance notice of rent increases from 30 to 60 days.

Edmund Witter, attorney with the Housing Justice Project, which provides free legal consultation to tenants facing eviction in King County, said that without representation, tenants may give up more than they need to. For example, he would have told Moctezuma that the new rules give judges more flexibility to propose payment plans to avoid evictions, meaning that a court date could have resulted in a more favorable path forward for her.

But Moctezuma wasn’t aware of Witter’s organization and signed the agreement on her own. “It’s such a quick process that there’s really no opportunity for the tenants to take a break, slow down and make a fair settlement,” Witter said.

Since the new rules took effect in July, it’s unclear how often these agreements occur. Witter provided Crosscut with three similar examples in King County since September, although he said he sees more.

State Sen. Patty Kuderer, D-Bellevue, chair of the Housing and Affordability Committee, told Crosscut she’s interested in learning more about how often the agreements are used. “They’re legal technically, but they undermine the spirit of the law,” she said.

Kim Thornton, a Thurston County attorney who volunteers to help tenants, said the agreements may not be inherently problematic, but can become so when both parties do not have legal representation.

“What we’re trying to do is find some way we can notify the tenant at the preliminary notice that they should seek legal advice because they’re in danger of being evicted,” she said. “That would be ideal.”

In 2017, New York City approved a measure to guarantee legal representation to tenants facing eviction, in much the same way people accused of a crime are guaranteed a defense attorney. It’s early, but in ZIP codes where the right to counsel is in effect, evictions have declined.

In Washington state, legal representation for tenants is a patchwork and stretched thin. Just 11 of Washington’s 39 counties have some organization like Witter’s that provides free legal advice to tenants, and most of them lean heavily on volunteers. Even in King County, which saw nearly 5,000 eviction proceedings in 2017, the Housing Justice Project’s five staff attorneys can provide full representation only in about 800 cases, said Witter.

Witter said each attorney should provide full representation in 70 to 80 cases a year, but will likely handle closer to 150 to keep up with demand.

When it comes to the agreements, Kuderer said that in the next legislative session she’d like to look at ways of limiting their use. Most problematic to her is the imbalance of representation.

“Unless the tenant knows their rights, they’re going to enter into agreements that put them into a deeper hole,” she said. “There’s a power disparity at work between a lawyer for a landlord and a tenant, right out of the gate.”

Although Waller of the Washington Multi-Family Housing Association believes the agreements are fair, he agrees that providing better legal advice for tenants is a good idea.

“I think that legal representation has the opportunity to provide quicker resolution to cases,” he said. “Tenants are going to be more willing to listen to someone who is their advocate on certain issues as opposed to the opposing landlord or attorney.” Representation could help to “create an efficiency in the court system and reduce the workload on the judges.”

While guaranteed representation sounds ambitious, the Housing Justice Project's Witter said that for $1 million to $2 million, every tenant in King County could have access to a lawyer. He also said Washington could benefit from mandatory mediation sessions to slow down the process. “It’s not insane,” he said.

Witter and Moctezuma did connect with each other before her eviction went through. He helped her secure funding from Home Base, an eviction-prevention program from United Way and the Seattle Mariners. A King County judge agreed to quash the eviction.

But Moctezuma’s leaving anyway, to Federal Way, where she’ll have a roommate and cheaper rent. She’s from San Antonio and the cost of housing here is still an adjustment. In San Antonio, she could afford a house for what she pays for her apartment here. Since moving to Seattle, though, she’s spent nights in her car and on friends’ couches, she said. Now, she has to work constantly just to keep up.

“Seattle’s been kind of rough,” she said.