Patrons will still have to pay for lost or damaged items, but the city works with a collections company that won't forward debts to credit reporting agencies. 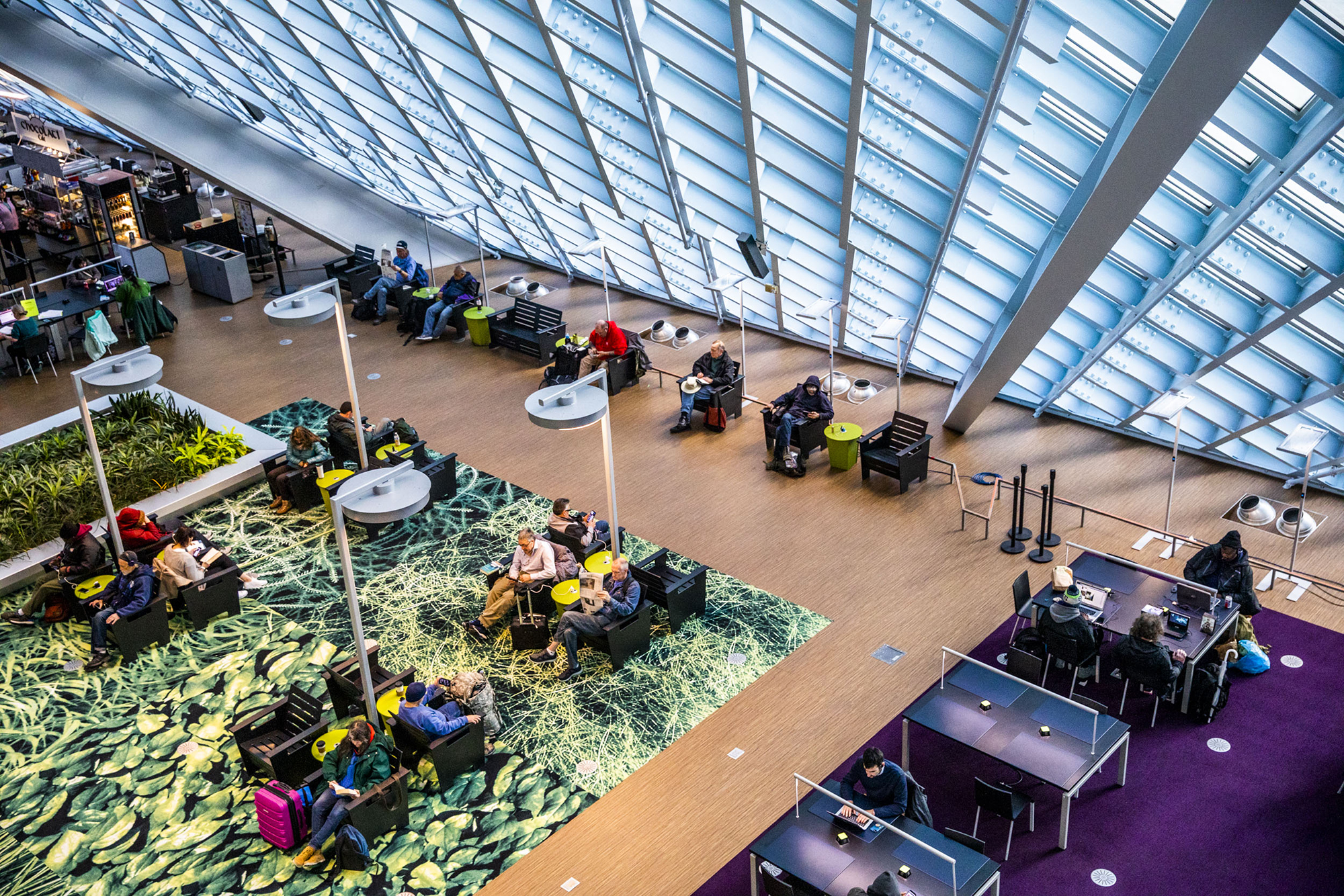 Inside of the Seattle Public Library's Central Library on Nov. 30, 2018. (Dorothy Edwards/Crosscut)

It’s a new year, a new decade and, for the Seattle Public Library, a new era. As of Thursday, Jan. 2, late fees for overdue books and other media have vanished. The library will still make patrons pay for items they’ve lost or damaged, but will no longer charge for returning a copy of the Mueller Report — which the borrower has definitely almost finished — a few days late.

“Thanks to a national trend of libraries abolishing fines, we now know that fines have little impact on the timely return of materials,” Marcellus Turner, executive director and chief librarian of Seattle Public Libraries, said in a celebratory statement. “We also know that fines disproportionately affect children and community members with the least ability to pay.”

Voters approved the change last August as part of a $219 million property tax measure to expand library hours and green light maintenance. A previous tax, in place since 2012, was set to expire at the end of 2019.

In eliminating late fees past and future, Seattle joins a slew of major library systems — including in Chicago, San Diego, Salt Lake City, Boston — that have done away with the punitive measures. A relatively small portion of the Seattle Public Library budget comes from late fee collection, officials note.

The library casts the move as an equity issue: The branches with the highest number of accounts suspended for owing late fees are also in areas that serve low-income communities and communities of color, such as New Holly, Rainier Beach and South Park.

Additionally, data suggests there’s a negligible correlation between fines and return rates. San Diego and St. Paul libraries maintained return rates after they switched. Salt Lake City reported a 16% increase in circulation. Chicago saw a huge uptick in returns once fees were eliminated. In fact, officials hope that by eliminating fines more patrons will return to the library.

Despite the switch, Seattle will continue to work with a library-specific collection agency, Unique Management Services, to push patrons toward returning books or replacing them when a book, video or other library material is damaged or lost.

Unique Management Services is unlike most debt collection agencies. According to Elisa Murray, spokesperson for the library, UMS does not buy debt from the library and does not forward delinquent accounts to credit reporting companies. Instead, it encourages patrons to settle debts with the library directly. The company itself advertises its services as a “gentle nudge.”

Between the Aug. 7 election when voters overwhelmingly approved the library measure and mid-December, more than 3,000 patrons were sent to collections for overdue fines or lost/damaged items, according to data provided to Crosscut. Just under 1,000 patrons were sent specifically for owing late fines. The smallest amount owed was $25; the largest was $342.

Because the library still owns the patrons’ debt, even those in collections will get relief and have their outstanding balances erased, according to Murray. But they will still need to pay a $12 service fee.

“The collections process is effective at encouraging patrons to bring back their overdue materials, pay charges or simply come back to the Library and speak to staff — which often leads to the patron setting up a payment plan or even receiving a waiver of some or all of their charges if there are extenuating circumstances,” Murray said in an email.

To be clear, the library does still want its books back: If you’re 14 or more days late to return something, your account will be suspended until you return it. If an item is not returned after 30 days, the library will send a bill for replacement — which could put you in collections.

Although the library will continue to work with collections, Murray said, “We are planning to review the collections referral process and communication with a goal of reducing the number of patrons who are referred.”