Sea-Tac Airport recently halted use of the technology. Now, lawmakers in Olympia are looking to adopt statewide rules. 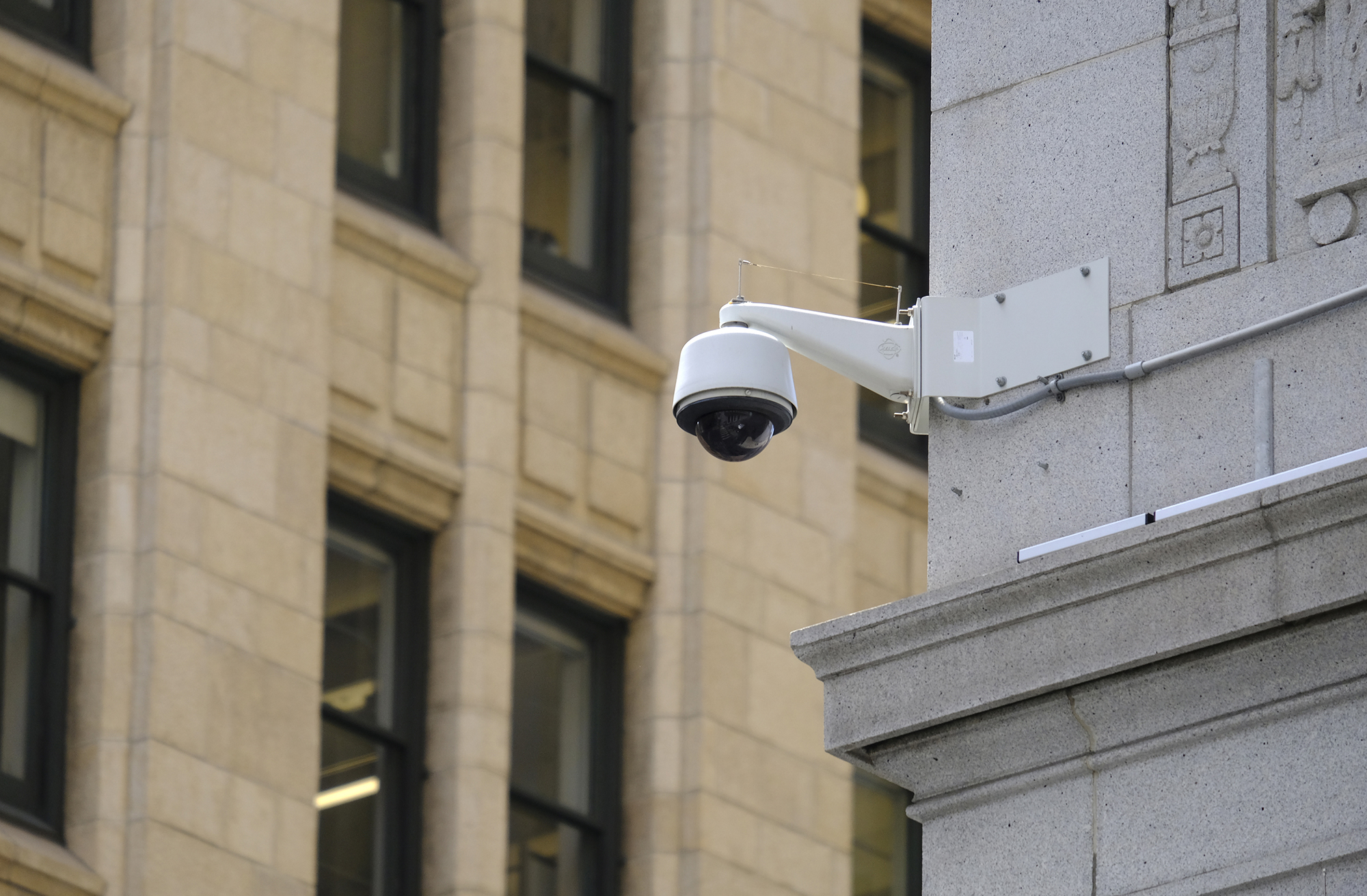 Facial recognition technology is posing new questions when it comes to people's civil rights, as companies and law enforcement move forward with plans to deploy the tech in public spaces. For the most part, the law hasn't caught up to establish what can and cannot be collected, what it can be used for and how it is saved. (Eric Risberg/AP)

The high-tech cameras were set to go live at Seattle-Tacoma International Airport by the end of December. In a first among private airlines at the busy travel hub, Delta Airlines planned to start using facial recognition technology to identify passengers boarding at international gates.

The scan of someone’s facial features was intended to replace the traditional process of presenting a passport and boarding pass to get on a plane.

But with questions swirling about the technology’s accuracy — as well as its potential to be used for mass surveillance — the Port of Seattle, which runs Sea-Tac Airport, halted Delta’s plans. The port commission voted last month to enact a moratorium on new uses of facial recognition technology at port facilities — at least for the next few months, until the port can decide on new, comprehensive regulations.

Meanwhile, civil rights groups are concerned about law enforcement officials using the technology to identify and track people who take part in political demonstrations or to target immigrants for deportation.

It’s bound to be one of the thornier issues on the agenda when the Legislature convenes Jan. 13. Similar discussions about regulating facial recognition technology fell apart at the Capitol last year, as legislators and others disagreed about how to enact adequate consumer protections.

Shankar Narayan, a privacy and technology consultant who co-chairs the city of Seattle’s Surveillance Advisory Working Group, said policymakers need to think about whether “this is a technology that can co-exist with our democracy.”

“Face surveillance is really a technology that supercharges the government’s ability to track people — not only by their location, but by their identity, in ways that are likely to chill constitutionally protected activity,” Narayan said.

During last month’s Seattle port commission meeting, Stan Shikuma, an officer with the Seattle chapter of the Japanese American Citizens League, recalled when the U.S. government used a combination of census data and surveillance information to round up Japanese Americans and incarcerate them during World War II.

The use of census data for that purpose was a departure from previous practice, fueled by wartime hysteria, Shikuma said. That's something he said officials would do well to remember today as they consider how to regulate new types of surveillance technology.

“Good intentions are not good enough,” Shukima said. “It really needs to be ironclad, because this can and could be violated in very serious ways.”

For critics, reports of facial-recognition technology’s failures to accurately distinguish between people of color are of paramount concern.

Some think that, at least until the technology improves, banning its use entirely is the best option.

However, key legislators looking to tackle the issue argue that a ban or moratorium won’t help root out bias in the technology, nor help monitor its use.

The facial-recognition discussion is part of a larger debate about data privacy, and what rights consumers should have to access and control their personal data online.

State Sen. Reuven Carlyle, D-Seattle, said he is reworking the data-privacy bill he proposed last year so that it would give consumers greater control over the data companies collect about them. As part of that effort, the new legislation will also seek to establish new rules for using facial recognition technology, he said.

Carlyle said his overall goal is to establish data-privacy protections like the ones that the European Union recently adopted. That means allowing consumers to know what data companies are collecting about them, and giving the consumers new options to correct that information or ask for it to be deleted, he said.

Those rights would extend to biometric data or facial scans collected through facial-recognition technology, Carlyle said.

“Ultimately people are finding themselves in databases and they don’t know it,” Carlyle said. “If they were captured and end up in a database through facial recognition technology, they should have the right to get themselves out.” 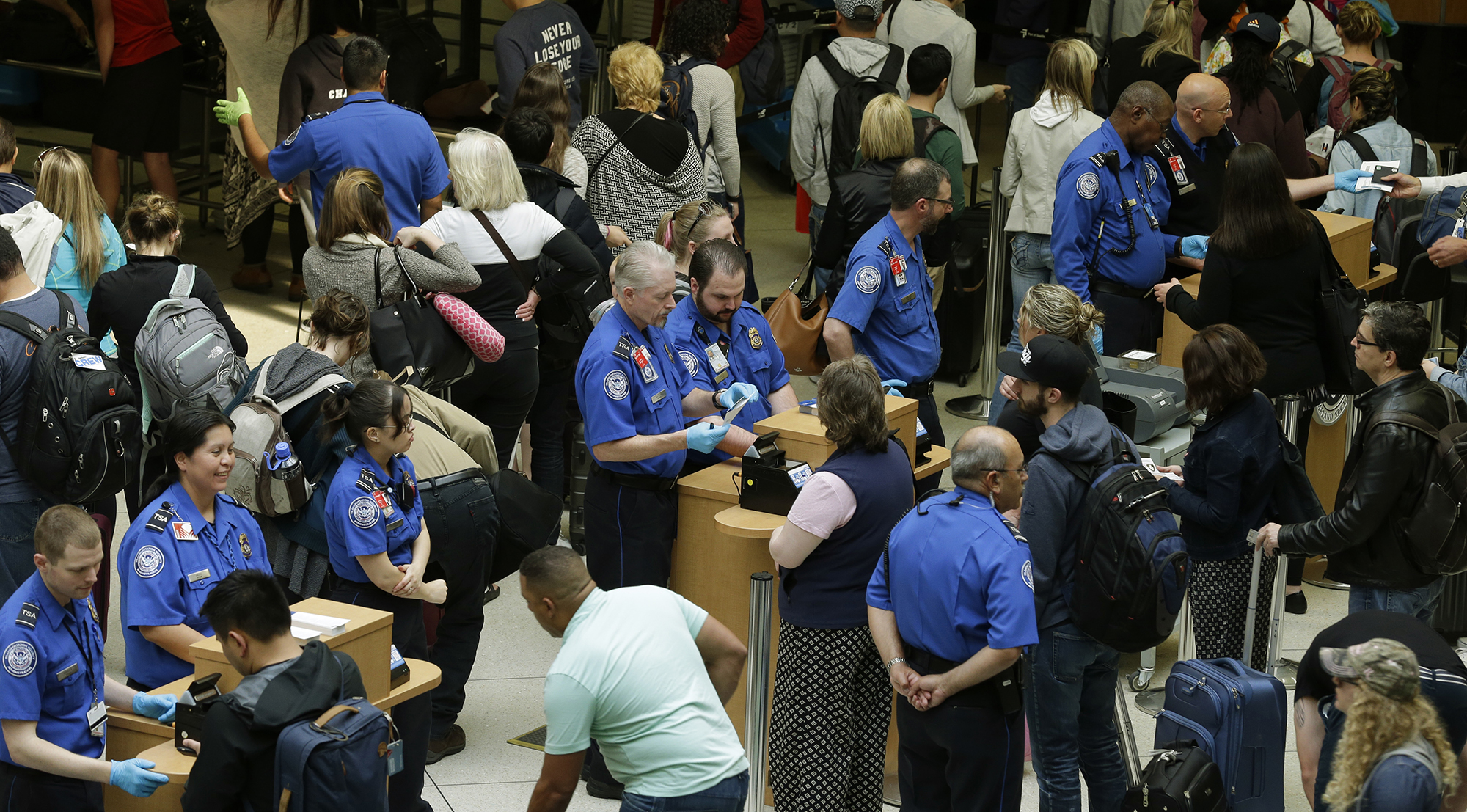 Uneasiness over a plan by Delta Airlines to deploy facial recognition to check in passengers at Sea-Tac Airport recently prompted the Port of Seattle, which runs the airport, to halt Delta’s plans while possible regulations are considered. (Ted S. Warren/AP)

Uneasiness over a plan by Delta Airlines to deploy facial recognition to check in passengers at Sea-Tac Airport recently prompted the Port of Seattle, which runs the airport, to halt Delta’s plans while possible regulations are considered. (Ted S. Warren/AP)

While the language of Carlyle’s bill is still in flux, a draft of the facial-recognition section as it stood in November would have required state and local government agencies — including law enforcement — to obtain a warrant before using facial recognition technology in most cases. Exceptions could be made in “an emergency involving imminent danger or risk of death or serious physical injury.”

Private companies that process facial recognition data would also have to make their software available for third-party testing, so that outside groups could evaluate whether the technology shows a pattern of racial discrimination or other types of bias.

Companies wouldn’t be able to enroll someone’s facial scan into a database without either the person’s consent or a “reasonable suspicion” the person committed a crime. Twice yearly, those companies would have to comb through their databases to remove facial recognition templates of consumers who are no longer considered suspects, or whose facial scans are more than 3 years old.

State Sen. Joe Nguyen, D-West Seattle, said the bill would hold companies accountable by requiring “meaningful human review” when facial recognition technology is used to make decisions that affect people’s lives, such as helping determine who gets hired or who gets a loan.

That would mean real, live humans would need to double-check how well the technology is working, “so you can’t use the technology by itself,” said Nguyen, who is working on the facial recognition section of the bill.

Government and law enforcement agencies using the technology would be subject to a similar human-review requirement. Under the draft bill, those agencies would also have to file accountability reports describing their use of the technology.

Critics of the legislation say tech companies’ involvement in shaping the regulations remains a concern. Microsoft supported the version of the bill that Carlyle introduced last year, while Amazon, Google and Apple are part of the ongoing discussions surrounding the policy.

Hoffmann thinks starting with a ban is the right approach, given recent examples of bias and other problems that have emerged with facial recognition technology.

A recent study by the National Institute of Standards and Technology found that facial-recognition algorithms falsely identified African American and Asian faces 10 to 100 times more often than white faces.

“When you are building a template of someone’s face and you know it misidentifies people of color, I think you shouldn’t put that allowance into law — not without a very robust technology,” said state Rep. Zack Hudgins, D-Tukwila, one of several lawmakers who took issue with last year’s bill and is working on the new version.

In a blog post from February 2019, an Amazon executive disputed some tests by outside groups that suggested that the company’s facial-recognition software could be used to discriminate.

“In each case, we’ve demonstrated that the service was not used properly; and when we’ve re-created their tests using the service correctly, we’ve shown that facial recognition is actually a very valuable tool for improving accuracy and removing bias when compared to manual, human processes,” wrote Michael Punke, Amazon Web Services’ vice president of global public policy.

“New technology should not be banned or condemned because of its potential misuse,” Punke wrote.

Other criticisms of the draft legislation center on what would truly constitute “consent” from consumers, and whether companies and government officials could easily dodge those rules.

Narayan, the co-chair of the city of Seattle’s Surveillance Advisory Working Group, said that, so far, Washington lawmakers are looking to include fewer consumer protections in their bill than what was adopted by the European Union.

That’s a concern shared by the American Civil Liberties Union of Washington, said Narayan, who until Dec. 31 served as director of the organization’s Technology and Liberty Project.

“Unfortunately, this bill is just a confusing mess of loopholes and exemptions,” Narayan said during an interview last month, when he was still with the ACLU and closely following changes to the draft bill. “It really is an incredibly long list of ways a company can get out of complying with consumer consent.”

Additionally, Narayan said the practice of “essentially being tracked by the government anywhere you go” could end up discouraging people from taking part in events like public protests.

Nguyen said he and other lawmakers have held discussions in the past few months with a wide variety of groups, including organizations representing communities of color, to address some of those fears.

The new version of the bill limits government agencies from using facial-recognition technology for “ongoing surveillance,” Nguyen said. When it comes to surveillance of protests, he added, “We specifically called that out and said you cannot do that without a warrant.”

Others are concerned with making sure the proposed rules truly have teeth.

State Rep. Norma Smith, who serves as the ranking Republican on the House Innovation, Technology and Economic Development Committee, said Washington lawmakers should be worried about enforcement.

That’s especially true given recent reports that the European Union’s General Data Protection Regulation — the law Carlyle has pointed to as a model — has resulted in few actual sanctions or enforcement actions, she said.

As the draft of Carlyle’s bill stood in November, the state Attorney General’s Office would be the only agency authorized to go after companies that violate the law; individuals wouldn’t be allowed to sue on their own behalf.

Smith, R-Clinton, said more “discussion needs to happen” about that part of the bill.

“I am going to be looking to make sure we provide real rights, and meaningful access to justice to exercise those rights,” Smith said this week.

Carlyle said his plan would inevitably give Washington residents more protection and control over their personal information than they have today.

Without new regulations, he said consumers will continue to have little say in how their personal data — including biometric scans of their faces — are collected, used and sold.

“If we don’t pass this bill, it’s not as if all that aggressive use of your consumer data isn’t happening,” Carlyle said. “It’s just that you don’t have visibility into it.”