The high cost of power likely doomed talks to bring back the plant, which would rekindle 700 jobs.

Graffiti inside the Ferndale plant. (Photo courtesy International Association of Machinists Local No. 160)

He misses that industrial symphony. “It’s the sound of American metal,” Urban said. That quiet will remain.

For more than a year, a New York private equity firm, a union, the state government and the Bonneville Power Administration have worked to revive the facility and hire back 700 laid-off employees. Gov. Jay Inslee wanted the state to provide $10 million toward the revival as part of his push to combat climate change, shrinking a resurrected plant’s carbon footprint.

But they haven’t been able to make a deal.

The big hurdle was that the BPA and the private equity firm, Blue Wolf Capital of New York City, could not agree on terms for the BPA to provide electricity for the power-hungry aluminum plant.

Earlier this month, Blue Wolf broke off talks, said BPA spokesman Doug Johnson. The federal agency is willing to resume talks if Blue Wolf will come back to the table. For now the plant will remain silent.

Talks broke down mostly because aluminum smelting demands a huge amount of electricity. When Alcoa owned the Ferndale plant, it bought power under an industrial rate through a 1980 law. Blue Wolf and a new operating company, Intalco, wanted the same deal: to buy the facility from Alcoa with the site’s industrial power-purchase rate intact. But a 1980 law said the industrial rate was not transferable to a new owner.

Consequently, the Blue Wolf/BPA talks focused on market rates, which would fluctuate with the power economy and could move above and below the industrial rate, Johnson said. Blue Wolf wanted a rate similar to an industrial rate, which is fairly steady compared to a fluctuating market rate. Johnson said a steady rate would mean that the fluctuations could lead to other BPA customers paying more to subsidize Intalco’s power purchases. The bulk of the BPA’s power comes from hydroelectric dams.

Blue Wolf did not reply to an email seeking comment.

Supporters had hoped to get the plant fully running – and hundreds of workers back on the job – by mid-2024.

The governor’s office remains optimistic that the project can be salvaged with new equipment that would trim carbon emissions — mainly sulfur dioxide — below Alcoa’s levels when it closed the plant in 2020 due to dropping aluminum prices. This scenario has played out across the United States. The high costs of smelting aluminum, especially due to the huge amount of electricity required, has led to the number of aluminum smelters in the U.S. shrinking from 30 in 1985 to six today.

The carbon-conscious measure proposed for the Ferndale plant included better scrubbing and filtering of the fumes going up its smokestacks, as well as switching from electricity generated by fossil fuel to power provided through wind, solar and hydropower.

Ultimately, the Ferndale plant would have needed roughly $250 million in improvements and repairs to get back on line, and 400 megawatts of electricity a year to operate.

In a statement, Inslee’s office said, “The governor remains committed to the vision of upgrading and reopening the plant as a secure, domestic source of the green aluminum that is critical for our clean energy transition. He stands ready to work with labor and community partners as they continue to seek a solution.” 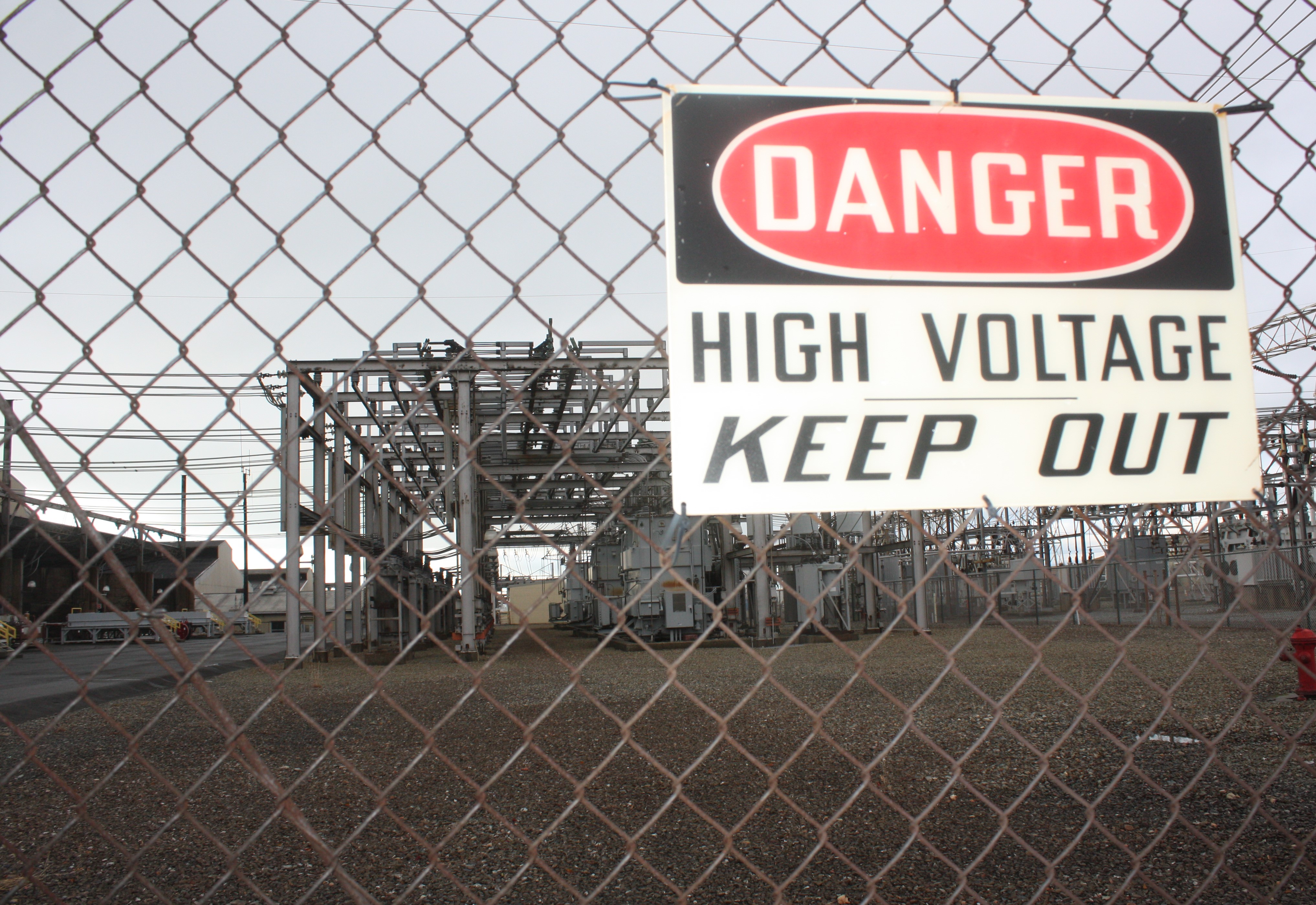 The view from outside the Ferndale aluminum plant. (Photo courtesy International Association of Machinists Local No. 160)

The view from outside the Ferndale aluminum plant. (Photo courtesy International Association of Machinists Local No. 160)

Sartor wants the Biden administration and Congress to invest in reviving aluminum manufacturing with renewable energy. Aluminum is a key component in building electric vehicles, solar panels and transmission lines.

“By Congressional statute, BPA must first and foremost serve the needs of Northwest non-profit public utilities at cost. To the degree BPA has surpluses, it can make excess supplies available to others in the wholesale marketplace,” Simms said in an email. “As our Western power grid becomes tighter on available supplies given heightened demands and new climate mandates, BPA must be certain it can supply public power first, as Congress intended.”

Simms said it legally wasn’t ever possible for Blue Wolf to step in front of public power’s right to the power provided by BPA.

Meanwhile, the likelihood of 700 resurrected jobs in Ferndale looks dim.

Luke Ackerson, business manager of the International Association of Machinists Local No. 160, remembers when the plant shut down during the pandemic in 2020. “Some worked there for 30, 40, 50 years and you could see on their faces: ‘What am I gonna do next?’” Ackerson said a few weeks ago. “Ferndale is a small town and this is a huge employer.” Urban, who worked as a bricklayer at the plant, said, “It came as a complete surprise. Some people got angry. Some people got completely depressed. There were some suicides. Some marriages suffered.” Urban and his wife coped, and he continued to be a bricklayer for Local 160.

The union had negotiated a contract with the new Intalco company, which would have maintained Alcoa-level wages and given the workers partial ownership of the plant.

Meanwhile, Intalco expected to negotiate a “bridge contract” of a few years to obtain electricity from traditional sources before switching entirely to alternative power sources such as solar and wind, said Intalco CEO Mike Tanchuk in an interview a few weeks ago. He could not be reached for comment after the BPA talks ended Thursday.

The Ferndale plant could produce 235,000 metric tons annually, which would replace most of the aluminum imported from Russia, said Joe Quinn, director of the Center for Strategic Industrial Materials, a Washington, D.C., think tank.