Attorneys are trying to bring voter outreach to jails, where many may not have access to a ballot or know they can register. 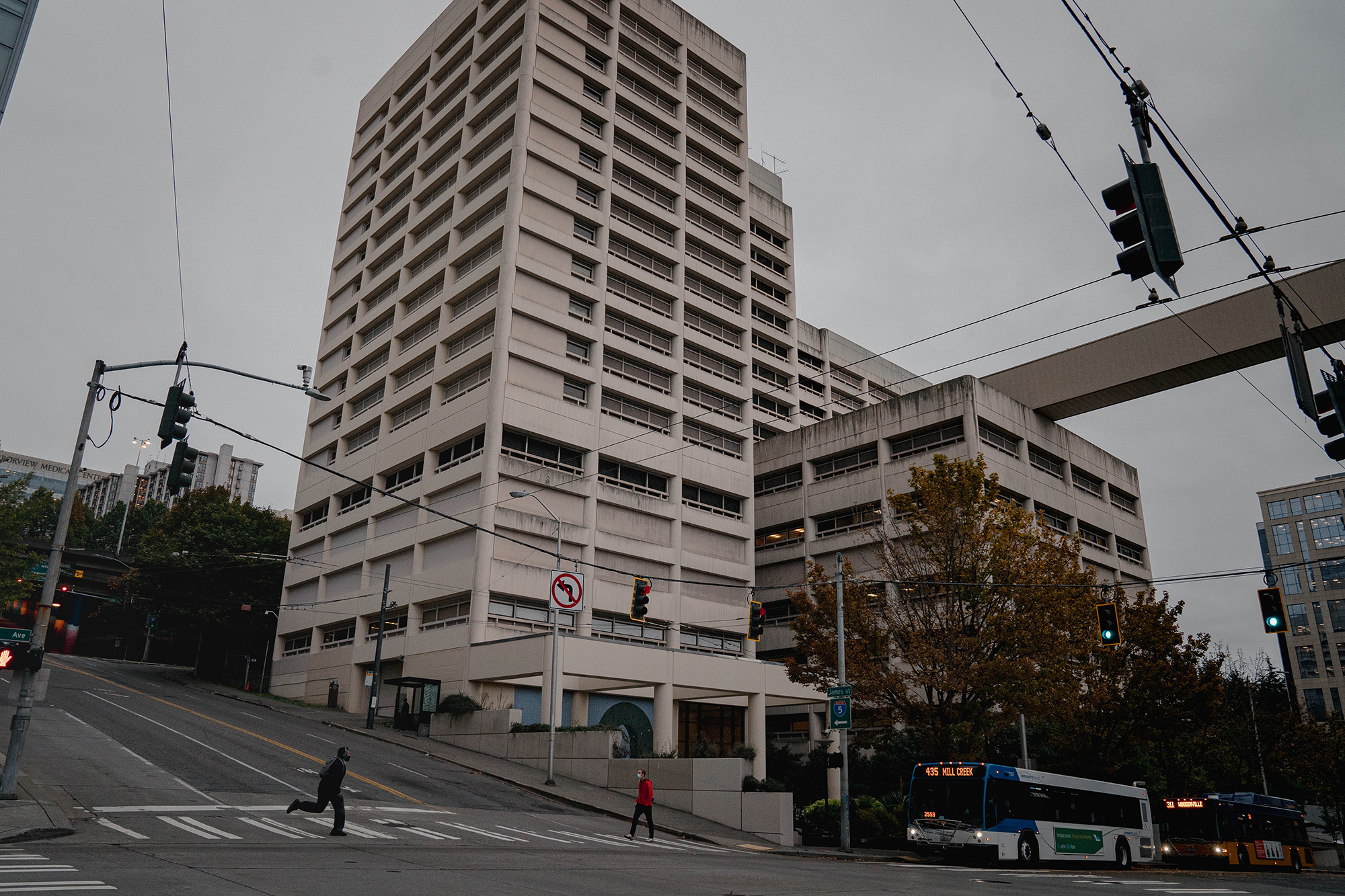 The majority of King County’s 1,400 jail inmates are eligible to vote. The problem is many of them don’t know that.

“It’s one of those areas where there’s a lot of misinformation about who’s eligible to vote,” said Kendall LeVan Hodson, chief of staff at King County Elections.

So, with turnout this November expected to be nearing or exceeding records, advocates, defense attorneys and election officials have taken their outreach inside the jail to register incarcerated people and help them return their ballots.

During past elections, posters have dotted the halls of the jail, said La Rond Baker, special counsel for affirmative litigation and policy with the King County Department of Public Defense. But this appears to be the first year anyone has made a concerted effort to bring voting directly to inmates.

Few expect the limited work to tip any races, and it’s not part of any campaign’s strategy to win. But for inmates who have minimal choice behind bars and may feel isolated from society, the option of whether or not to vote is empowering.

“Not everyone’s interested and that’s fine,” said defense attorney Adrien Leavitt. “It’s just not so often when you’re in jail you have a choice to do something.”

Washington is among the easiest states in the country to cast a vote. Every registered voter automatically receives a mail-in ballot with prepaid postage. And unlike in some states — most notably, Florida — past felonies or outstanding legal financial obligations no longer preclude anyone from participating in an election. Only those currently being held in prison on a felony conviction or still under supervision by the Department of Corrections are barred from voting. When that supervision is lifted, the person is once again eligible.

During the last legislative session in Olympia, state Sen. Patty Kuderer, D-Bellevue, proposed a bill that would allow everyone not in prison to vote, even those still under DOC supervision. That includes people on probation and those on home monitoring as an alternative to prison. The bill died on the Senate floor.

The people being held in county jails have not yet gone to trial or been convicted of a crime and, therefore, have not lost their right to vote, even if they have past convictions. In fact, the proportion of King County jail inmates who can vote is likely higher right now because many of those still under DOC supervision have been released from the jail to decrease crowding during the coronavirus pandemic.

“The vast majority of people who are in jail right now are eligible to vote and most of them don’t realize it; they hear about Florida or what the law is in the U.S.,” said Jaime Hawk of the ACLU of Washington. “As long as they’re a U.S. citizen and not under DOC custody, they’re eligible.”

Leavitt, an attorney with King County’s Department of Public Defense, said he has one client in his late 50s who hasn’t voted since he was 18 — not because he was uninterested, but because he thought he wasn’t allowed to. On reflection, even Leavitt believed many of his clients couldn’t vote.

“That was an internalized assumption that even I have when I should know they indeed may be eligible,” he said.

LeVan Hodson said jail outreach has been on the to-do list for King County Elections since its current director, Julie Wise, was elected to the position in 2015. It’s part of the office’s broader goal to make voting as easy as possible to as many people as possible.

“We’ve been interested in removing barriers for folks who are either currently incarcerated or have a felony since Julie took office,” LeVan Hodson said.

The truth, said Baker of the Department of Public Defense, is that there is more at stake during an election for the people in jail — who are disproportionately people of color — than for the general population. This year’s King County ballot, for example, contains numerous questions related to policing, as well as a slate of judges up for election. One young person in the jail “had no interest in the presidential campaign, but was very interested that he could vote for judges,” said Leavitt.

This is the first year anyone has been particularly proactive inside the jails. Hawk of the ACLU and Baker advertised a training for defense attorneys on how to get their clients signed up. About 50 attorneys participated.

At the same time, they’ve worked with the jails to increase awareness.

There’s currently no formalized system for keeping track of how many inmates were spurred to register or cast their ballot because of the outreach. Many of the efforts are forward looking.

“Part of this is the first push, just trying to get structures in place and find where the weaknesses are,” said Baker.

But the work has paid minor dividends this year. Leavitt said he’s registered 15 of his clients. The interaction, he said, is a powerful one.

“We don’t get to give our clients anything,” he said. “It’s not that type of professional relationship. To be able to give someone an option to do something is oddly — and sadly — really quite rare for us. It’s a neat interaction.”