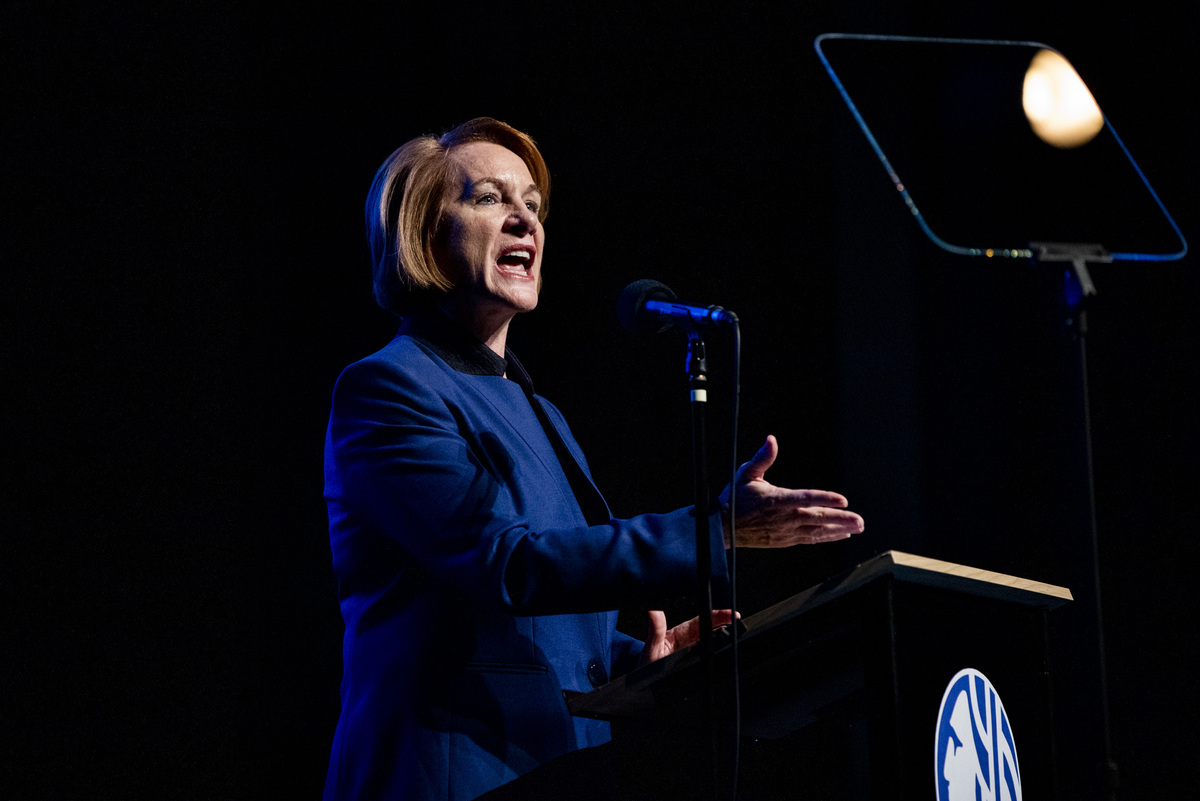 Seattle Mayor Jenny Durkan is no longer in danger of being recalled by voters.

The Washington Supreme Court on Thursday tossed out a grassroots effort to put a recall vote on the Seattle ballot next year, saying that while the effort's allegations of endangering public safety were “deeply troubling,” they were also “factually and legally insufficient.”

Although Durkan has largely shrugged off the recall effort, it nevertheless represented a legitimate threat to her job as mayor.

The group that organized the campaign accused the first-term mayor of seven different violations of her oath of office, all related to the summer’s protests.

A King County Superior Court judge, who was required to assume the allegations were true and determine if they were grounds for removal, dismissed six of the alleged violations, but narrowly allowed one to go forward: that the Seattle Police Department’s use of crowd control weapons endangered citizens.

The judge’s decision would have triggered a 180-day signature gathering campaign, if the Supreme Court hadn’t rejected the allegation as lacking evidence.

The process, if it continued, could possibly have asked voters to weigh in on the recall within weeks of next year’s mayoral primary, when Durkan may be seeking a second term.

Durkan’s team sought an expedited appeal of the Superior Court decision at the Supreme Court. In briefings to the court, her attorneys argued the decision to use the crowd control weapons came from the police chief and that the issues at hand were policy disagreements, not violations of her oath of office.

“There is no evidence that any discretionary decision Mayor Durkan made in the midst of multiple ongoing civil emergencies was manifestly unreasonable,” her attorneys wrote.

In a statement Thursday, Durkan pleaded for unity.  “As Mayor, my job is to listen to all points of view, including those who disagree with me, and to bring people together to deliver solutions to our hardest problems,” she said. “These problems have no easy answers and cannot be solved by slogans.”

For Durkan, the decision is a moment of light in what’s been a long year for Seattle and its mayor. In the height of a pandemic that’s decimated the city budget and killed nearly 800 residents in King County, protests erupted on the streets after George Floyd was killed in Minneapolis. The protesters raised the larger issue of how law enforcement treats Black people, and Durkan herself became the subject of many of those demonstrations.

In fact, in addition to advocating a significant cut in the police budget, protesters have repeatedly demanded she resign. While many of those who marched were already dissatisfied with her leadership as mayor, the clouds of tear gas that blanketed Capitol Hill in late May and early June sharpened that ire. At one point, three members of the Seattle City Council either demanded or urged her to consider resigning.

Although the official recall effort is probably dead, demands that she step down still linger. This week, the Seattle Human Rights Commission, one of several volunteer government commissions in Seattle, called on her to be removed or to step down. In a letter posted Wednesday, they echoed many of the same concerns as the leaders of the recall effort, accusing her of violating the public’s ability to demonstrate and denouncing the widespread use of so-called nonlethal weapons by police.

The group also tacked on several significant policy disagreements they had with the mayor, including a lack of progress on homelessness, not passing new progressive revenue sources and allowing income inequality to grow.

“Given this, it is our belief that we cannot wait until November of 2021 to remove Mayor Durkan from office and replace her with a servant-leader who will uphold their duty to protect the rights of all citizens, to hold their humanity above all else, and to live up to Seattle’s designation as a Human Rights city,” the commissioners wrote.

A spokesperson for Durkan disputed some points in the commission’s letter related to what the city has done on homelessness, the city budget and her support of new revenue streams.

“While the Seattle Human Rights Commission may disagree with the mayor’s veto and her position that we cannot defund SPD by 50%, Mayor Durkan believes we must get beyond slogans to work towards solutions on these immense challenges,” the spokesperson said.

Another elected official, Councilmember Kshama Sawant, is facing her own recall effort, albeit from a different flank on the political spectrum. In her case, four allegations have been allowed to move forward. They are related to her relationship with Socialist Alternative, whether she used city resources for campaign purposes, her opening up City Hall at night for a protest and for leading a march to Durkan’s house to protest.

Sawant has dismissed the effort as a right-wing attack from people unhappy with her reelection last November. Several of the allegations against Sawant have already been litigated by the Seattle Ethics and Election Commission, which either dismissed them or meted out small fines.

She and her attorney are also seeking an appeal of the recall effort to the Supreme Court.