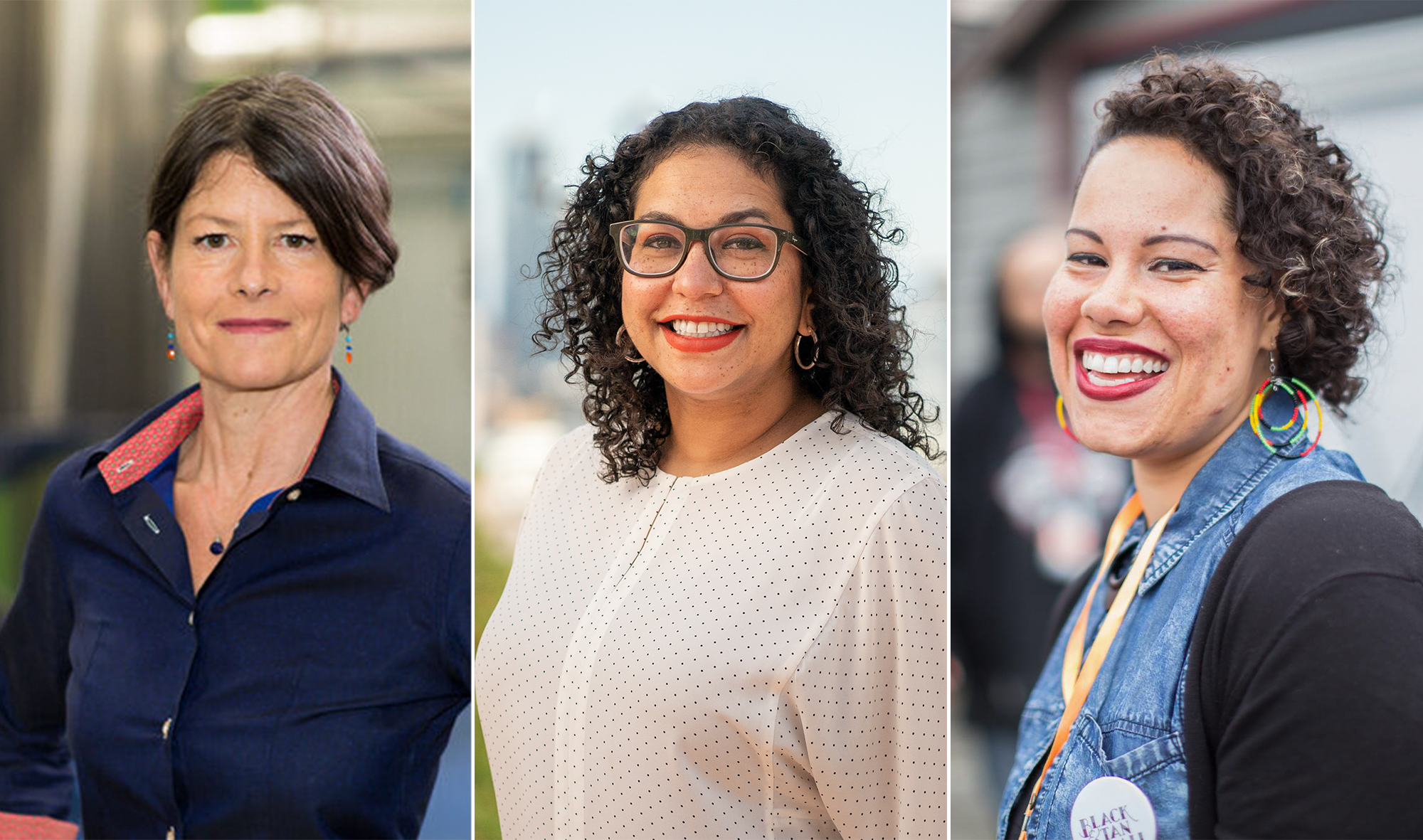 There’s a question at the core of the race for the open seat on the Seattle City Council: What is the value of compromise?

How voters answer could determine the next citywide representative on the council: Sara Nelson, Nikkita Oliver or Brianna Thomas, the three leading candidates, all spanning the range of Seattle’s left to further left politics. And each addresses the question of compromise — of “bridging divides” or “bringing people to the table” — differently.

Nelson, co-founder of Fremont Brewing and onetime aide to former Councilmember Richard Conlin, and Thomas, an aide to council President Lorena González, speak of it as key to breaking the gridlock that has defined Seattle politics of late. If done well, compromise can lead to stronger policy, they say.

Thomas points to her work for González in which she says she pushed behind the scenes to get “those big 9 and 0” unanimous votes. González is leaving her council seat to run for mayor.

Thomas describes herself as someone who can build consensus “on behalf of the whole city and not niche constituencies,” she said. “I’m best positioned to hear both from abolitionists and small business owners,” she said, a reference to the perceived core constituencies of her opponents.

Nelson said the battle lines in City Hall have led to widespread frustration among voters and to the council’s low popularity, consistently reflected in polling. “The us-vs.-them ideological rhetoric is turning people off,” she said. “What people want to hear are solutions.”

For Oliver, an attorney most well-known for their activism around policing and criminal justice, compromise is an abdication of sorts, not befitting of the times we’re in.

“There are those who are willing to compromise on the solutions that we know we're in dire need of,” Oliver said. “I think our camp represents a deep commitment to actually doing the work to bring forward solutions that are commensurate with the crises we're facing.”

A recent poll from the Northwest Progressive Institute pegged Oliver as the leader of the three by a comfortable margin, although half of those contacted for the poll said they were unsure.

This tension between compromise and commitment is not new in City Hall; frustration with Councilmember Kshama Sawant’s refusal to back down is often palpable among her colleagues on the dais. For the pugnacious socialist’s backers, it’s why she’s so loved. But at a time when urgent issues seem to be building on one another — homelessness, climate change, economic recovery, housing prices — the debate over whether City Hall is being too ideological or not ideological enough is becoming more salient. In the race for the council’s ninth seat, it will once again be put to the test.

Thomas ran for city council in 2015 and “and righteously lost,” she said. “I didn’t know what job I was applying for then. Now I am painfully aware.”

What made Thomas aware, she said, is the work she’s done since. As an aide to González for all but six months since late 2015, much of Thomas' focus has been on crafting policy around policing, public safety and labor. Those years in City Hall taught her that the choice is often not between everything and something, but between something and nothing, she said.

“Governance isn’t about the pursuit of perfection,” she said. “It’s about serving people as quickly as you can.”

Now Thomas is trying to run a campaign that reflects how she would be as a member of the council — someone who knows the nuts and bolts of City Hall and how to usher big ideas into workable policy. But getting that message across is not an easy task, she said. “It’s one of the most divorced job interviews from what the job actually is,” she said. “Show me that you know that if an amendment ties in committee, then what happens? That’s the job. How do you feel about your colleagues on the [public safety civil service commission]? That’s the job…. You absolutely need vision but you also need know-how. It’s a both/and.”

This is also Nelson’s second time running for council; she came in third in 2017. Since then, she said, “everything has changed and nothing has changed” in Seattle. “The nothing that’s changed is we still have a council that’s ineffective at meeting the challenges of the day,” she said. “But everything has changed because many sectors of Seattle’s economy are struggling, especially small businesses.”

Nelson’s campaign is the clearest referendum on the current Seattle City Council, which she casts as divorced from the on-the-ground needs of residents. Nelson said she believes the city is at a tipping point and in need of transformational change. But she’s also skeptical of charging forward with that push toward change without more incremental steps between. “It’s not an either/or for me,” she said. “But I think we ignore the immediate at our peril.”

As an owner of Fremont Brewing, she has taken the mantle of the “business” candidate. But having business acumen is not an argument for running the city like a business, she said. Rather, it’s an experience that, she said, lends her deeper insight into how policy translates into daily life in Seattle.

In comparison to the current council, she said, “what’s different about me is I actually care…. I care about putting in place plans that will actually help, care about what’s happening on the ground with businesses and their employees.”

When Oliver ran for mayor in 2017, they narrowly missed the general election after a surprise endorsement by The Stranger of another candidate. Their campaign was often cast as the radical one — one that talked about cutting police budgets well before “defund the police” became a national slogan. But after George Floyd’s murder and the protests that followed, the baseline for many voters has come closer to Oliver’s position.

As a result, Oliver said, “I think we're actually able to have a much more nuanced, deeper conversation with folks than we were able to have in 2017 because I just think people are much more ready for those deeper solutions that are getting to the root causes, rather than just responding to symptoms.”

In an election year when many candidates are pitching themselves as the most well-equipped to compromise, Oliver is making a different argument: that compromise is what led Seattle to where it is now.

“I just don't think we have space any longer to compromise,” they said.

When Oliver hears talk about needing to bring everyone to the table to make a decision, they question whether that actually means what people say. Some people aren’t even in the building to begin with and therefore miss out on an invitation to that table.

“The reality is, often, when we use those kinds of sentiments, we tend to actually perpetuate the inequities that already exist,” Oliver said.

Private polling shows voters are ready for change. The candidates know this — despite being at odds ideologically, Oliver and Nelson each use the same argument that if you like how things are going now, vote for their opponents. But the sort of change voters want, especially after a year like 2020, has yet to be defined. With three distinctly Seattle candidates on the ballot, the race for Seattle City Council’s position number nine might be the cleanest test yet.