Who was most harmed during Seattle’s heat wave?

As temperatures rose, Seattle Fire saw a huge jump in calls for service. A disproportionate number were for people experiencing homelessness. 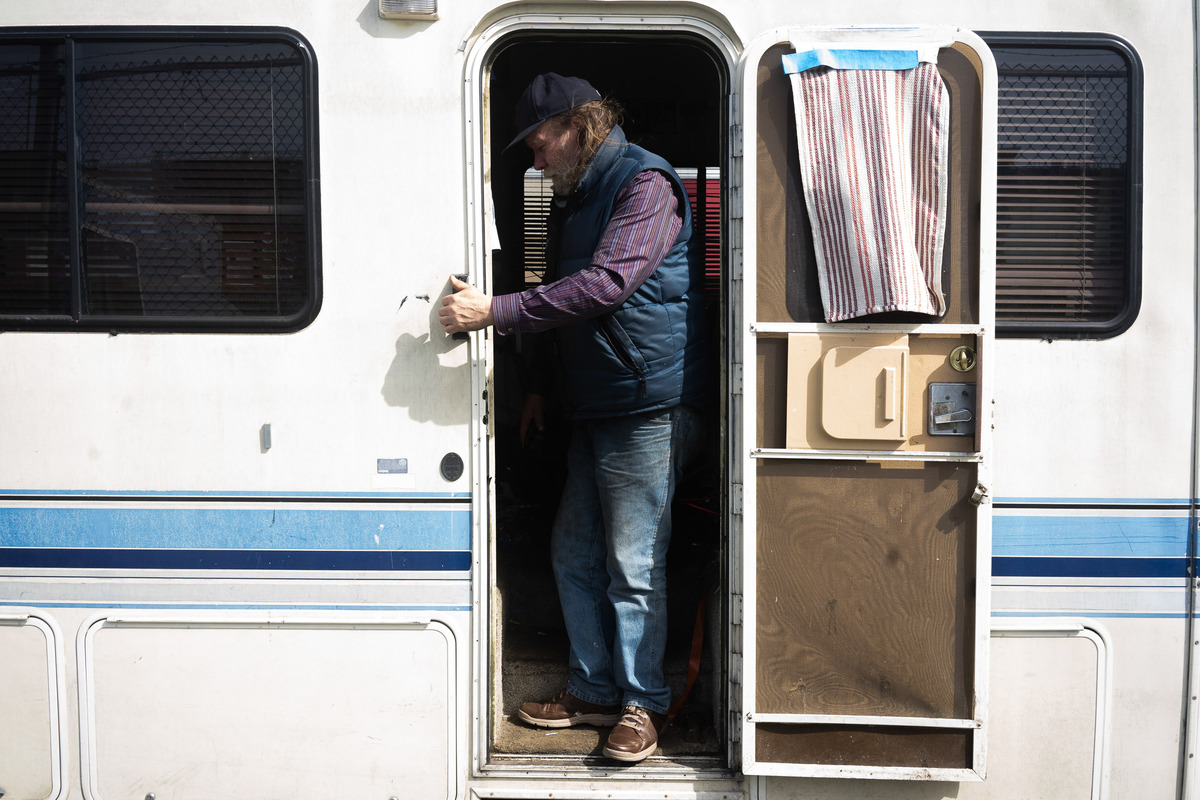 There’s not much that would cause Neal Lampi to leave his motorhome behind, but the heat this past week finally did it. For months now, he has parked his RV in SoDo, one in a long row of live-aboard vehicles there. As the thermometer climbed to over 106 degrees in the dusty and exposed neighborhood, Lampi’s RV became unsafe to be inside.

“It was miserable,” he said.

As temperature records crumbled around Seattle earlier this week, a different record was being set by the Seattle Fire Department. On Monday, the hottest day on record for Seattle, the department responded to 544 emergency calls — the highest in at least six years and almost certainly longer.

At least 13 people died from heat exposure, according to Public Health — Seattle & King County. Between Saturday and Monday there were 360 heat-related emergency department visits.

The Seattle Fire Department catalogued 118 heat-specific calls over the three-day span of blistering temperatures, although a department spokesperson acknowledged that’s likely an undercount. The city’s most vulnerable populations bore the brunt, with 11% of heat-related calls for people experiencing homelessness and many of the rest for older individuals, according to the department.

One of the 13 people who died is presumed to have been homeless, according Public Health.

That 11% likely undersells just how precarious the situation was for people without stable housing, outreach workers say. Becky Gilley normally does outreach to eight large encampments in the SoDo area with REACH, but she was able to visit only one and a half during the heat wave. What she saw were people pouring sweat, so much so that she suspected widespread heat exhaustion.

“I just know that I felt really helpless,” she said. “In that one site I had enough people who needed some attention, when really all of SoDo needed attention.... I have clients who said they couldn’t move and thought they were going to die."

Rebecca Marriott, who works with vendors from Real Change, said she heard similar stories of people dangerously trying to sell newspapers in the heat.

“We had one vendor that said that people wanted to call an aid car for him, but he was too embarrassed,” she said.

For many in Seattle, the heat was a paradigm shift of sorts — a glimpse at what’s possible, even likely, in a world where climate change is becoming increasingly tangible. The changes are especially inauspicious for those more exposed to the elements.

The city opened numerous cooling shelters, the largest at Fisher Pavilion in Seattle Center. The city’s outreach HOPE Team made 192 “engagements” from Friday through Monday, according to a city spokesperson.

According to Kevin Mundt with the city’s Human Services Department, the city first began to discuss with providers options for helping people living outside during the heat wave on the morning of June 23, although the department started its larger planning discussions about possible smoke and extreme heat waves earlier than that. More broadly, reacting to the heat falls under the Human Services Department’s “inclement weather” planning.

But reaching people outside when a crisis has already arrived can be complicated. Lt. Patrick Hubschman is with the Seattle Fire Department’s Health One unit, which responds to low-acuity calls — often among people experiencing homelessness. He said that, even with the heat, it was common for people to be hesitant to leave behind the area where they usually stay. The cooling station at the Fisher Pavilion, run by the Salvation Army, was at half capacity for most of the weekend, according to the city.

“One of the challenges that we run into with the unhoused population is they tend to be very oriented to a particular space,” he said. In fact, the heat-related calls his units responded to were mostly called in by passersby, not the people in need of aid.

“People were staying in place and inside their tents and structure for the most part,” said Dwight Jackson, a system navigator with the city’s HOPE Team.

Chloe Gale, co-director of REACH, which does outreach to people struggling with homelessness, would liked to have seen more proactive outreach. “We shouldn’t be depending on our crisis system,” she said. “We should be identifying ahead of time who are our higher-needs people and getting them to a safer place.”

Gilley said even more little things, like a tent somewhere or a mobile cooling van would have been immensely helpful. But she didn't see anything like that.

Lampi has been living in his motorhome for years, but something about the pandemic spurred a deeper attachment to the vehicle. He hasn’t left it behind once. “I can’t trust that the motor home is gonna be here when I get back,” he said.

But options for parking in shade in Seattle have become limited; what shade did exist in SoDo or Georgetown has been blocked off to vehicles, he said. As the temperatures started rising, he tried to tough it out, leaning on the connections he’s built over the years, calling his friend who runs Operation Nightwatch for water.

Still, he recognized that there was no way he could stay inside his motorhome. So, he took a friend up on an offer she’d made six months earlier to stay with her in Shoreline. He took refuge there during the worst of the heat before returning to his vehicle when the temperatures started dropping.

He knows he’s privileged to have people he can call on for help, which isn’t always the case. “Most of the people out here don’t have professional connections,” he said.

Part of the issue facing Seattle is that it’s ill-adapted to such extreme weather. Marriott with Real Change used to work in New York City, where heat and cold are more common. But there, people could hop a turnstile and take refuge in the subway system to escape the heat or the cold. Save for the select few light rail stations, “There’s no place to go underground in Seattle,” she said.

Looking forward, “I think that we certainly need to take a page from cities that deal with this more often and take what works,” she said.

For REACH’s Gilley, the challenge of the heat wave was layered, rooted in a mistrust of shelters and hospitals. She spoke of one client over the weekend whom she tried to send to the hospital in a Lyft, but who wouldn’t go, even as his friends urged him on. This hesitancy is years, even decades in the making from a system that people have come to avoid.

“It’s really disappointing to see the mistrust about the way that people will be treated at these places,” she said.

The heat is an extreme reminder of the deeper problem of being outside, said Gale, the REACH co-director. As more heat and smoke arrive, those issues will need addressing.

“I think exposure is one of the highest risks to people living outside all the time in any weather,” she said. “To me, I don’t think we had enough of a system response that anticipated this, and we really need to build in that direction.”