How Compassion Seattle could shape the mayoral race

The authors of the homelessness initiative have pulled a page from the Tim Eyman playbook, using a hot-button issue that could drive turnout and force candidates to take a stand. 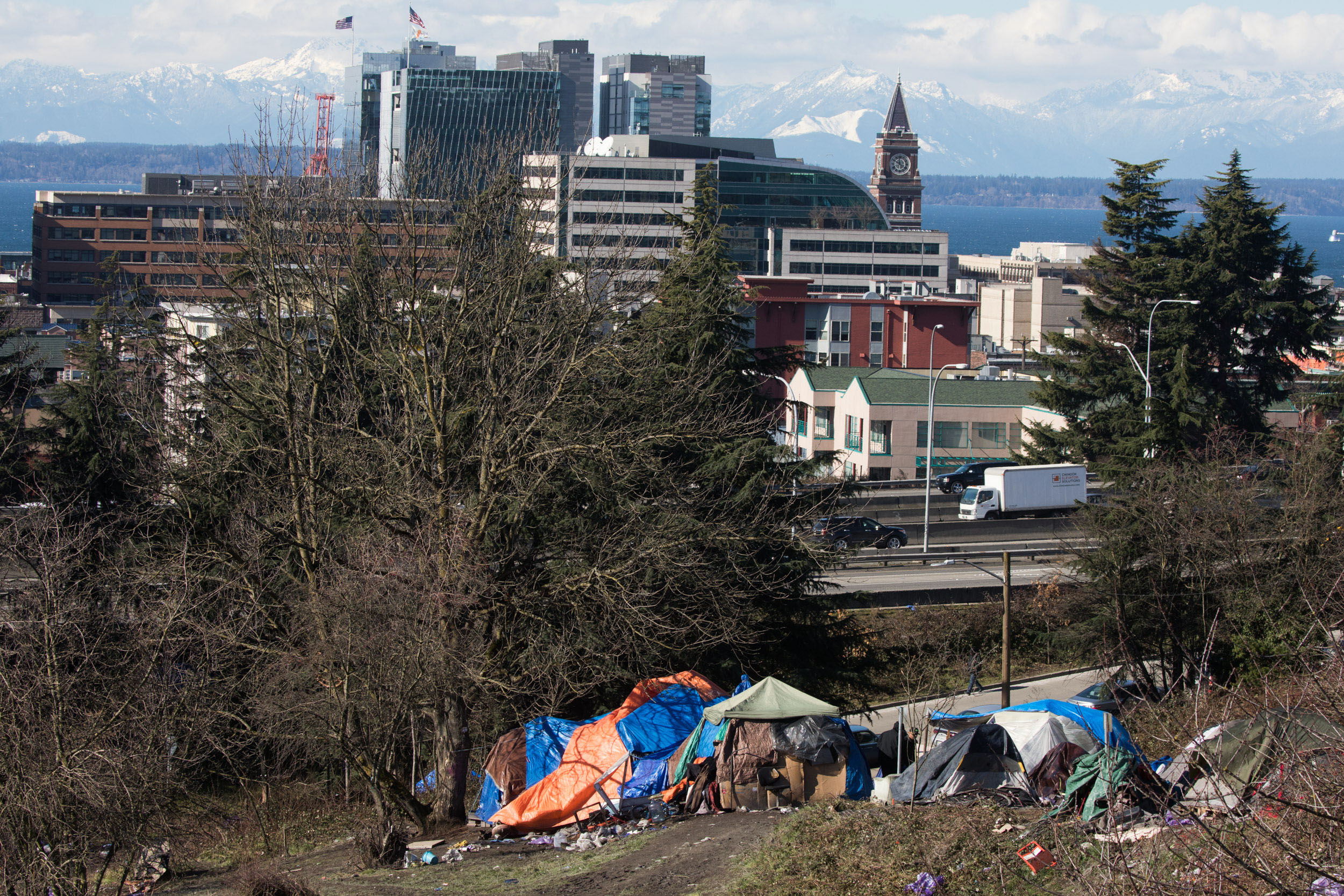 Here we go, Seattle: The 2021 election is shaping up as a moment of deep civic introspection.

With the filing deadline behind us, our choice of candidates is set. Voters will face 15 candidates for mayor and a smaller list for each of two Seattle City Council seats — but altogether, there will be many choices in how we might shape the post-pandemic city. Will we be an out-of-control Crazy Town, as Fox News likes to call us? Or a city that works, that creatively solves our problems?

Two other potential factors in that decision have yet to secure their place on the ballot.

Consider the proposed Compassion Seattle charter amendment, perhaps the biggest driver of discussion of the early election season. Like it, hate it, don’t get it, if sufficient signatures are collected, the measure will present voters with a choice to spend millions of dollars on housing, shelter, mental health and substance use treatment as a precursor to clearing homeless camps in parks and on sidewalks.

It’s a plan that tries to end the painful Seattle incrementalism and brings together many parties working on the homelessness crisis, including some businesses and social service providers, for a broader fix.

Who knows if voters will go for it? But an initiative doesn’t need approval to impact an election. And in that way, the authors of the proposed charter amendment have pulled a page straight out of Tim Eyman’s playbook.

For decades, initiative huckster Eyman tossed ballot measures at Washington state voters to force debate about his latest proposal and to bring out anti-tax voters in off-year elections. And maybe his favorite thing: to maneuver around elected officials and let voters make big decisions.

The charter amendment is similar, at least in its tactics. It’s designed to attract new voters, quieter Seattleites who don’t tweet all day, maybe small business owners and their customers who usually don’t pay much attention to City Hall. If passed, the initiative would sidestep the aimless city council and, at the very least, it means candidates in the mayoral and city council races will have to take a stand on a complicated issue.

By attracting more casual voters, and eliciting comments from those who want to lead this city, amendment authors clearly hope to elect a candidate they consider reasonable.

Eyman, of course, isn’t the only pol to use the ballot this way. Liberals and conservatives often target specific elections when voters are more likely to favor certain ideas. Big spending Democratic proposals like light rail are best offered in presidential years. More Democratic votes. Conservative proposals, like some of Eyman’s handiwork — $30 car tabs over and over — fare better in off years, with fewer Democratic voters.

So, what ideas are voters most likely to favor this year?

Polling by Seattle business and civic leaders shows 53% of Seattleites felt in February that the city was headed on the “wrong track,” with only 36% saying the city was traveling on the “right direction.”

You can dismiss that as February doldrums, a COVID-ravaged economy, a beleaguered downtown. Or maybe all three wrapped into one. But 36% approval does not bode well for incumbents or anyone wanting to maintain current efforts.

So far, only a few mayoral candidates have taken clear positions on the charter amendment.  Bruce Harrell, former Seattle City Council president, is for it. Andrew Grant Houston, architect and urbanist, is not. Many others, like Colleen Echohawk, executive director of the Chief Seattle Club, seems favorable, with a few concerns, including the lack of a separate funding mechanism and an insufficient connection to people who have been homeless themselves.

“I’m glad someone is doing something,”” Echohawk said, explaining that she hasn’t decided how she personally will vote if the amendment makes the ballot.

But once the mayoral and council debates begin, it will become harder for candidates to avoid the question, and that is the point.

The fall ballot also may contain another loaded question for voters in Seattle’s council District 3: Should Councilmember Kshama Sawant be recalled? The authors of a recall petition currently making the rounds believe she should, for three different transgressions. She already conceded to the Seattle Ethics and Elections Commission that she improperly used city resources to support a proposed ballot initiative.

I personally oppose recalls unless a public official violates the law in a major way. They seem like a waste of time, a distraction, when voters should spend more time studying candidates before they support their election. I shudder to think how many people cast ballots for Sawant in 2019, knowing only one or two things about her, primarily that Amazon contributed a lot of money to oust her. Nine times out of 10, Contrarian Seattle would oppose that. And did.

This contest, too, can be condensed into a battle for Seattle’s soul. Sawant behaves more like an activist and a protester than a council member. We elect her to solve people’s problems, not create more.

One of her most troubling moves was participating in the protest at the home of Mayor Jenny Durkan. She knows — should know — that Durkan has privacy protections because of her earlier job as U.S attorney.

Zooming out from the details, which may not matter, this vote, if proponents collect required signatures, is more about tone. What will it be, Seattle? Raging, angry socialism or something else?

I bet the Sawant recall question, much like the charter amendment, will trickle up ballot by requiring candidates for mayor and council to take an uncomfortable stand on her conduct. One undeniable fact about those long, hot summer primary forums: every question comes up. You know, to the point where members of the audience inevitably ask themselves, “Wait, how many more candidates tonight? What time does this end?”

Every city has been tested during these COVID-wracked 14 months. Seattle isn’t unique. But what still gives many people here hope is that after a year of gut-wrenching challenges — the pandemic, deeply embedded racism and economic inequality — we will rethink the wisdom of our current course and vote for enough change in the coming elections to right our listing ship.