Podcast | Is America’s reckoning on race for real?

Former Seahawks wide receiver Doug Baldwin and organizer Shaun Scott discuss the anti-racist movement and whether it will result in lasting change. 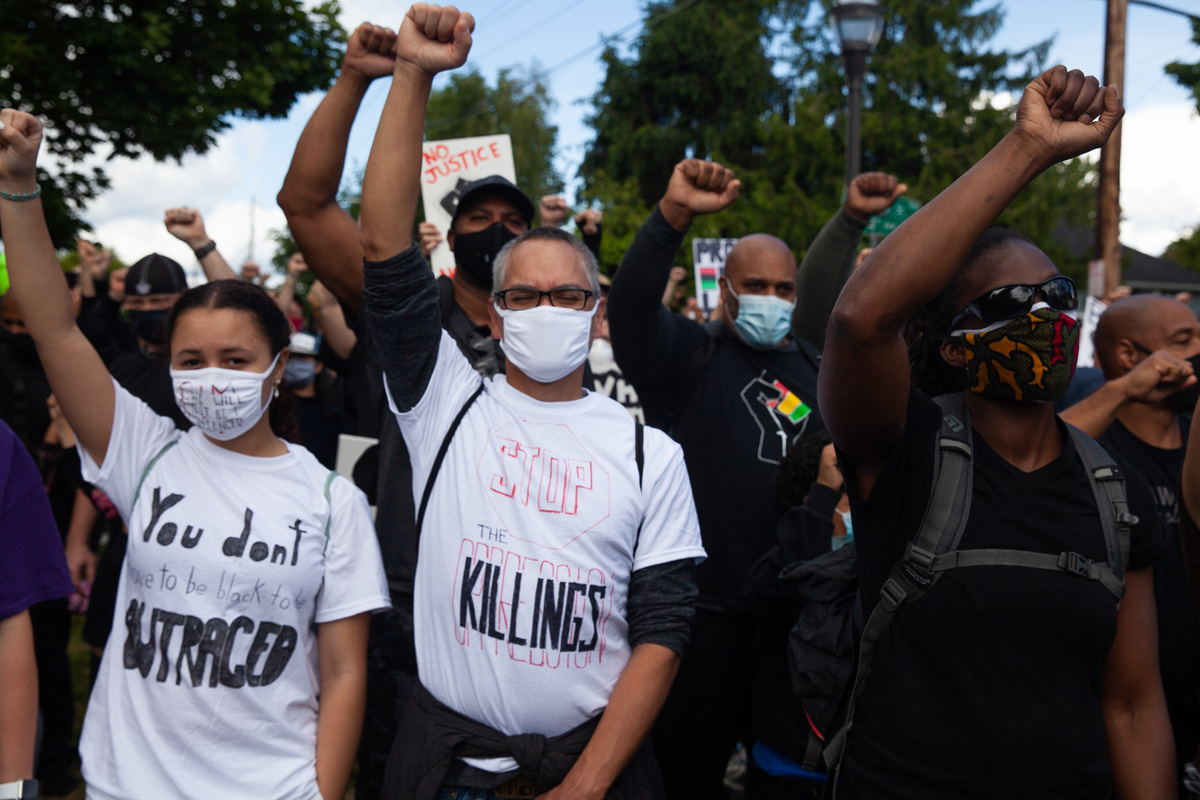 It's been just over a year since George Floyd was murdered by Minneapolis police, and the fallout continues to shape conversations and culture.

This time last year, the streets of Seattle — as in so many other cities across the nation — were filled with protesters calling for an end to racist policing. The anti-racist movement spread from there, hitting pretty much every institution in the country.

But where are we now? That is a question  that former Seattle Seahawks wide receiver Doug Baldwin and organizer Shaun Scott are actively contemplating and one that they discuss with Northwest Newsmakers host Monica Guzman for our latest episode of the Crosscut Talks episode.