Months after the 2020 election, lawmakers are considering a slew of election-related proposals. 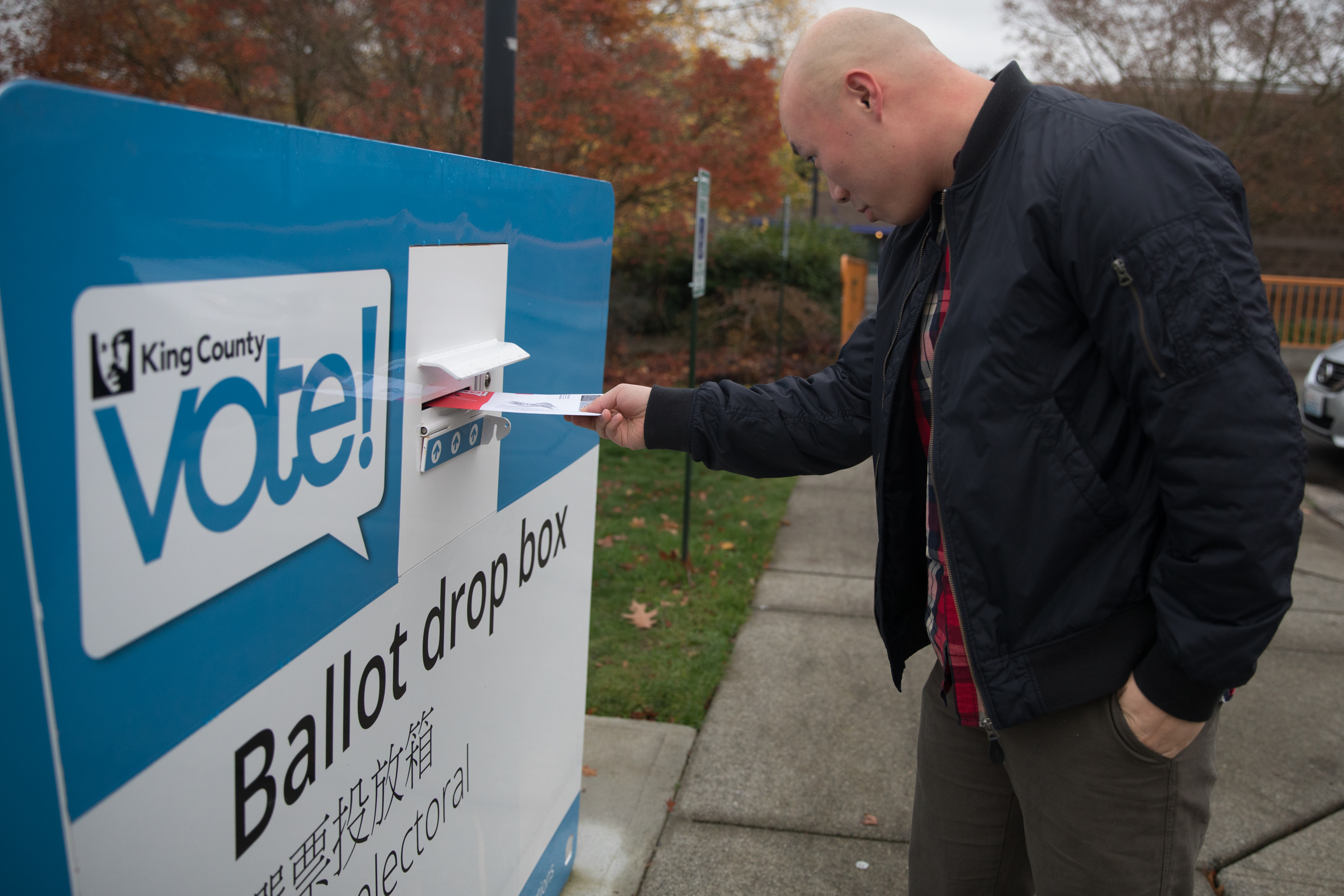 The 2020 election ended months ago, but politicians in Olympia haven’t lost interest in one of their favorite topics: election reform.

Proposals on the legislative agenda this year range across the spectrum, from ranked-choice voting to a proposal to go back to in-person voting. Whether any of these proposals will make it to the governor’s desk is unknown, but the sheer breadth and depth of this year’s election reform bills are impressive.

Ranked choice is a method that allows voters to do just that: rank their choices in order of preference.

HB 1156 would allow localities to decide for which, if any, local elections they will implement ranked-choice voting. Then they would either skip the primary or hold one to narrow a race to five candidates.

According to Michael Fertakis, a principal at Upper Left Strategies, ranked-choice voting helps mitigate what is known as the “spoiler effect,” when two candidates appeal to the same base, thus splitting the vote and allowing a third, potentially less popular candidate, to win. Because of this, Fertakis says, the system could help unconventional candidates.

Fertakis points to the 2017 Seattle mayoral election. In the primary, current Mayor Jenny Durkan claimed the top spot and activist Cary Moon barely edged out the third-place candidate, Nikkita Oliver. That meant Durkan and Moon won the top-two primary. Because Moon and Oliver shared the progressive vote, Fertakis believes ranked-choice voting could have changed the results of that election.

One person testifying on the bill at a Feb. 8 public hearing before the House State Government & Tribal Relations Committee called for the election reform proposal to go even further.

Andrew Hong of South Seattle worked on Sarah Smith’s congressional bid in 2018, Tammy Morales’ run for Seattle City Council in 2019 and as a student organizer for Bernie Sanders’ 2020 presidential campaign — all before he was of voting age.

“I was giving so much and I couldn’t even vote,” Hong said of his experience in campaigns before his recent 18th birthday. “Adults can just vote, but [to effect change] youth have to phone bank, canvas, do much more than check a box.”

Hong, who most recently campaigned for Harris-Talley, told the committee what he and Harris-Talley’s campaign’s youth team believe is the next step: youth voting rights.

“We are really pushing for the conversation to center 16- and 17-year olds in our local elections ... ,” he said in his testimony. “Youth in many ways are already treated as adults — we pay taxes, we have jobs, we go to jail.”

According to Hong, his seemingly tangential testimony paid off: Harris-Talley will be working with the youth team to draft policy related to youth voting rights in the interim.

Washington Secretary of State Kim Wyman, a booster of other election reforms, including youth registration and vote by mail, doesn’t support ranked-choice voting, according to Jay Jennings, her legislative director. He said Wyman would prefer to focus on shoring up the existing voting system rather than going in a new direction that could further polarize voters.

“As we collectively reflect on the toxic, misinformed and dangerous reactions following the 2020 election, civility, broad knowledge and excess of voter confidence do not come quickly to mind,” Jennings told the committee on behalf of Wyman.

With an electorate Jennings describes as “skeptical” and “polarized,” Wyman is more keen to regain voter trust without the addition of a new system that could possibly stoke existing flames.

Another election law proposal before the Legislature this year takes the debate in an entirely different direction, one that could be equally polarizing: a rollback of Washington’s vote-by-mail system.

State Sen. Doug Ericksen, R-Ferndale, asserted that his proposal in Senate Bill 5143 is needed because of widespread fraud in the 2020 election — a claim not  supported by any evidence and which his fellow Republican, Wyman, flatly denies.

Ericksen says the Free and Fair Elections Act would “restore integrity” in the state’s elections by eliminating mail-in ballots for a return to in-person polling with valid voter ID. The bill would allow for absentee ballots upon request, early voting and would make Election Day a state holiday.

In the House, Rep. Brad Klippert, R-Kennewick, is sponsoring a whole slew of bills related to election security.

After pouring over the state’s election laws for days, Klippert  — who has never put a ballot directly into a mailbox — filed House Bills 1003, 1360, and 1361 to reform the existing mail-in ballot system and HB 1377 to abolish it altogether.

“I gave the majority two options: Do away with mail-in ballots or make it more secure,” Klippert said. “And unfortunately they didn’t select either one.”

Klippert does not support ranked-choice voting as he believes it “muddies the water.” Ericksen said that system would be “completely and absolutely” incompatible with his proposal.

“[Ranked choice] is just another mechanism by the left to try to further dilute votes, further complicate the system, and move us further away from transparency,” Ericksen said.

Not all Republicans think this way.

As someone who shares some concerns over election security, Walsh does not see ranked choice to be any less secure than the current system. To him, the impulses to expand democracy and keep elections secure are not mutually exclusive.

He calls the proposed reform “quirky,” yet “politically neutral.”

“There’s all these theories about what it will do: It’ll reward centrist candidates or it’ll reward radical candidates,” Walsh said. “I don’t think it will do any of that. Hypothetically, the person it benefits the most is the slightly nontraditional, slightly underfunded candidate with a compelling message.”

Walsh joked that Republicans will have trouble getting elected under any system in Washington — “no [greater trouble] under ranked-choice voting.”

Although Walsh has not polled his caucus yet, he anticipates House Republicans will give ranked-choice voting slightly more nays than yeas.

“I think some folks are scared of change just because they're scared of change,” Harris-Talley said. “But what we’ve always seen is that through change we have found ways to make our systems better, more efficient, more accessible. That’s what a healthy democracy does.”

Correction: An earlier version of this story misspelled state Rep. Kirsten Harris-Talley's name. This story has been corrected.