Respondents named homelessness most often as the criterion used to evaluate the new mayor. 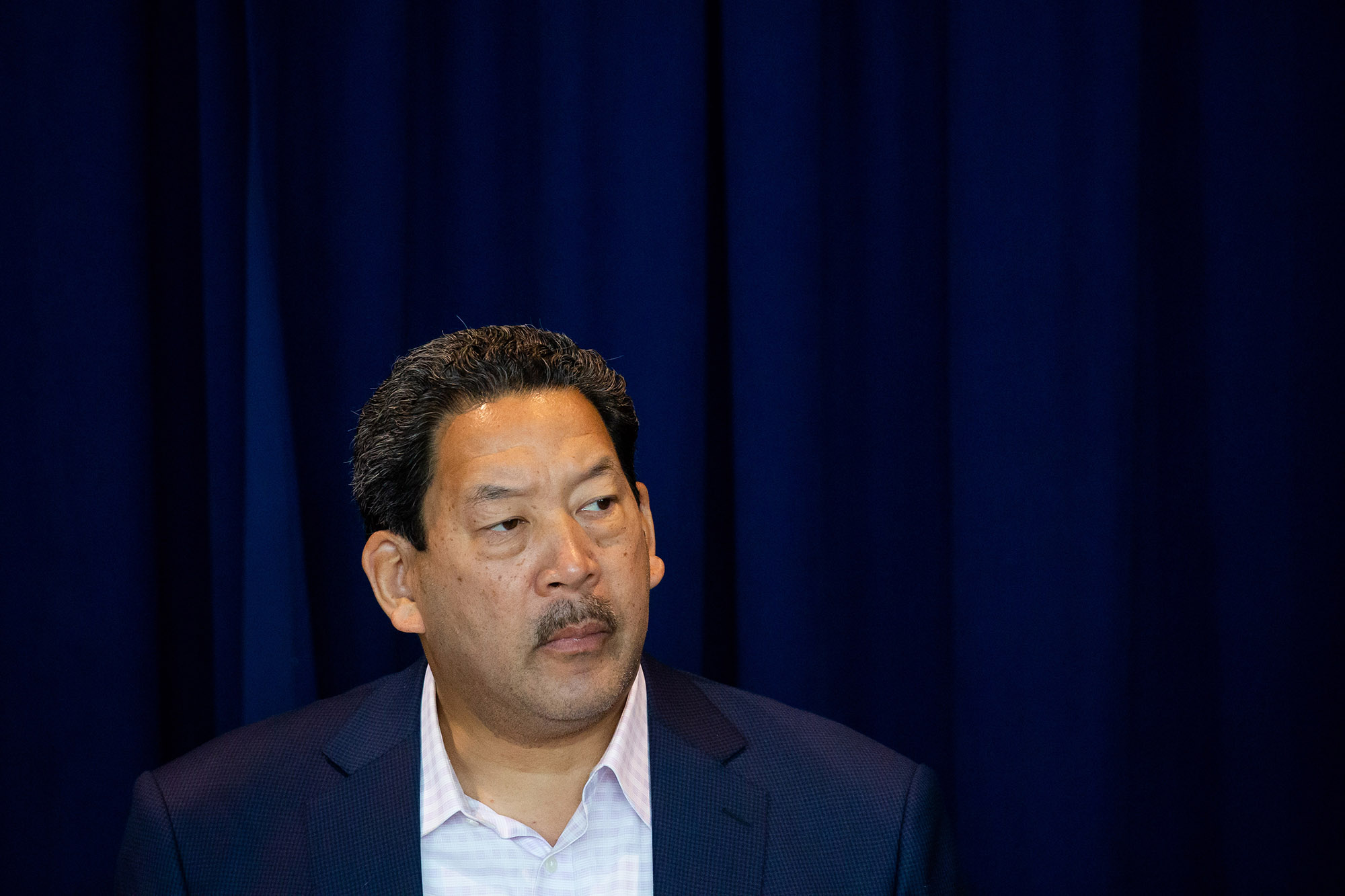 Bruce Harrell has been mayor for just over 100 days and is off to an encouraging start, according to the latest Crosscut/Elway Poll. Twice as many Seattle voters were encouraged (40%) than were discouraged (19%) by what they have seen so far from the new mayor when asked in last week’s poll.

A 41% plurality had not formed an opinion. It’s early days.

It is no surprise that homelessness is the standard by which the mayor will be judged. In our poll last September, 48% of voters volunteered it as the No. 1 priority for the next mayor. Some 23% of Harrell supporters said then that his stance on homelessness was why they were voting for him, making it the top reason for supporting him. Among supporters of his election opponent, Lorena González, 11% said her position on homelessness was the reason they supported her.

In this survey, voters encouraged by Harrell’s work so far outnumbered discouraged voters in every demographic category except voters under 35, although opinions were not uniform. In some ways, the response pattern to Harrell reflects the familiar new Seattle, old Seattle political fault line. Older and more established voters were most likely to be encouraged by what they have seen so far.

Positive responses went up with age, length of time in the city, income, home ownership and attention to city news. Younger, less established voters leaned toward a positive view of the mayor, but were also less likely to have any kind of opinion.

Only 21% of those 35 and younger had a positive opinion of the mayor so far, compared with 61% of those 65 and older. Among those who had been in Seattle for 20 years or fewer, 33% said they were encouraged by Harrell’s performance so far, while 50% of those with a longer tenure gave him positive marks.

Significant differences also appeared among people according to whether they say they had experienced crime in their neighborhood. Among people who reported neighborhood crime, 45% were encouraged, compared with 33% who had not.

The types of voters who put Harrell into office are also the most encouraged by what they have seen. Because it is so early in his administration, these responses may still reflect hopes as much as observations. And being “encouraged” is not the same as “supporting,” but it’s a step in that direction.

With four in 10 voters waiting to see what Harrell does before forming an opinion, his next steps will be critical.