A tale of two refugees: Two women who are shaping Seattle for the better 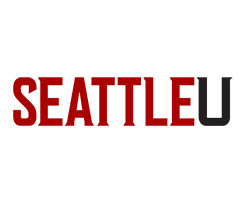 Doquyen Huynh earned three degrees at Seattle University, culminating in her Doctorate of Nursing Practice (DNP) from the College of Nursing in 2014. Photo by Gordon Inouye

A tale of two women: both political refugees, both nurse leaders, both compelled by their own immigrant experiences to serve underserved populations. Danuta Wojnar and DoQuyen Huynh have done what every immigrant hopes to do when making the difficult decision to leave behind everything they know in search of a better life. Now, both women are devoting their lives to helping those whose experiences are not so different from their own.

Since 2010, more than 16,000 refugees from 46 countries have settled in Washington State, with two-thirds of them making their home in King County. Intimately acquainted with the challenges these new residents face, Huynh and Wojnar see their work in health care, education and advocacy as part of a larger commitment to social justice and making their chosen homeland a better place for all.

Seeking a just and humane world

DoQuyen Huynh came to the United States at age 11 from Vietnam, where her father, a former South Vietnamese military officer, had been a political prisoner. The oldest of five children, she describes her childhood in Bellevue as “modest,” as the family survived on the odd jobs her parents worked.

In time, she noticed tears in the social fabric. “Although we came to the U.S. because it is the land of opportunities, over time we also recognized that there were systemic inequalities that profoundly affected those of underprivileged backgrounds, my family included,” she says.

As a teen, Huynh founded a community group for immigrant and refugee teens on the Eastside. It marked the beginning of her life’s mission to serve people with limited financial and social resources.

Huynh’s convictions drew her to Seattle University and its mission of “empowering leaders for a just and humane world.” Its College of Nursing instilled in its students a commitment to serving vulnerable populations that matched her own. The mother of four earned three degrees, culminating in her Doctorate of Nursing Practice (DNP) in 2014.

“I think it speaks for itself that I keep coming back,” she says.

“One should be part of the solution”

Danuta Wojnar is a professor and associate dean in the Seattle University College of Nursing. The native of Poland works extensively with Somalian families and supports non-traditional families around child-bearing experiences. Photo by John Lok

Danuta Wojnar’s belief that “one should be part of the solution” has driven her across the globe. A decade before Huynh arrived in the United States, Wojnar was a member of Poland’s Solidarity Workers’ Union fighting for political justice. When Poland’s military cracked down on protesters in the 1980s, Wojnar fled with her husband and infant son to Nova Scotia, where she had to start over.

Wojnar’s master’s degree in education from Poland’s oldest university did not translate to employment in Canada. Deep reflection led her to a career in nursing. She earned an RN degree and did clinical work in Halifax before earning a doctorate in nursing.

“I envisioned using my experience as a political activist and my knowledge of teaching and fluency in several languages to promote equitable health care for all, but especially the underserved,” Wojnar says.

Like Huynh, Wojnar was attracted to Seattle University’s social justice mission. In 2005, she joined the College of Nursing faculty and rose through the ranks while managing a substantial teaching load and mentoring many students. Her path to becoming a professor and associate dean is one the recently naturalized U.S. citizen describes as “the rivers of my life coming together.” She gratefully acknowledges those “who saw my intellect and potential behind the thick accent.”

Both Huynh and Wojnar—who was one of Huynh’s nursing professors—have devoted their clinical careers to helping people who have faced adversity.

At Seattle’s International Community Health Services (ICHS), the tri-lingual Huynh treats predominantly Southeast Asian and East African patients. Most of them are political refugees or immigrants with cultural, language and financial barriers. Collectively, they speak 59 languages.

Wojnar has worked extensively with Somalian families and supported LGBTQ women and non-traditional families around child-bearing experiences such as breastfeeding and pregnancy loss.

While both women are skilled clinicians, they see a larger role for themselves—one that elevates and sustains the nurse practitioner profession to expand the safety net for the most vulnerable members of society.

“Although serving these patients as their primary care provider is important to me, it is still not enough,” Huynh says. “I want to make changes directly at the system and policy level.”

In Huynh’s view, post-graduate training programs are critical in preparing NPs for the “complex clinical work” that has historically contributed to a high turnover. She founded the ICHS Nurse Practitioner Residency Program to prepare Family Nurse Practitioners (FNPs) for those complexities.

In addition, Huynh advocates at the national level for federal funding and accreditation for nurse practitioner (NP) residency and fellowship programs. And she founded a Northwest consortium that promotes collaboration among nursing residencies, fellowships and educational institutions.

Wojnar is similarly passionate about teaching nursing students to become successful industry leaders. She imparts her philosophy in the classroom as an internationally renowned scholar with an extensive and impressive list of publications to her credit.

“I want to mentor students to have the conviction to further develop the nursing profession to serve people better,” Wojnar says. “There is so much we can do.”

Making peace with the past

Wojnar and Huynh escaped from different horrors in different countries. Now new versions of those nightmares are repeating in other parts of the world: Syria, Iraq, Nicaragua. Each day, new immigrants struggling with language and financial barriers make their way to King County. It is a cycle that seems unending and one that both women hope to alleviate as best they can. Even as they help others navigate the challenges of resettlement, their own refugee experience is never far beneath the surface.

“Like other first-generation immigrants, I was aware of my ‘otherness’ nearly every day,” Wojnar says. “I experienced poverty and rejection and had to overcome many adversities to become who I am today.”

Wojnar never spoke about her experience as a political refugee until she became a Robert Wood Johnson Foundation Executive Nurse Fellow. As part of the fellowship, she was asked to write an autobiographical poem:

“I am from the land that nurtured me as a child and expelled me as an adult,” Wojnar writes. “I escaped one night with the baby in my arms and only what I could carry … I am from the hope for better days ahead, I am from curse, I am from blessings.”

Seattle University is celebrating 125 years of Jesuit education, high-powered academics and empowering leaders to do the greatest good locally and globally. Learn more at SU125.com.