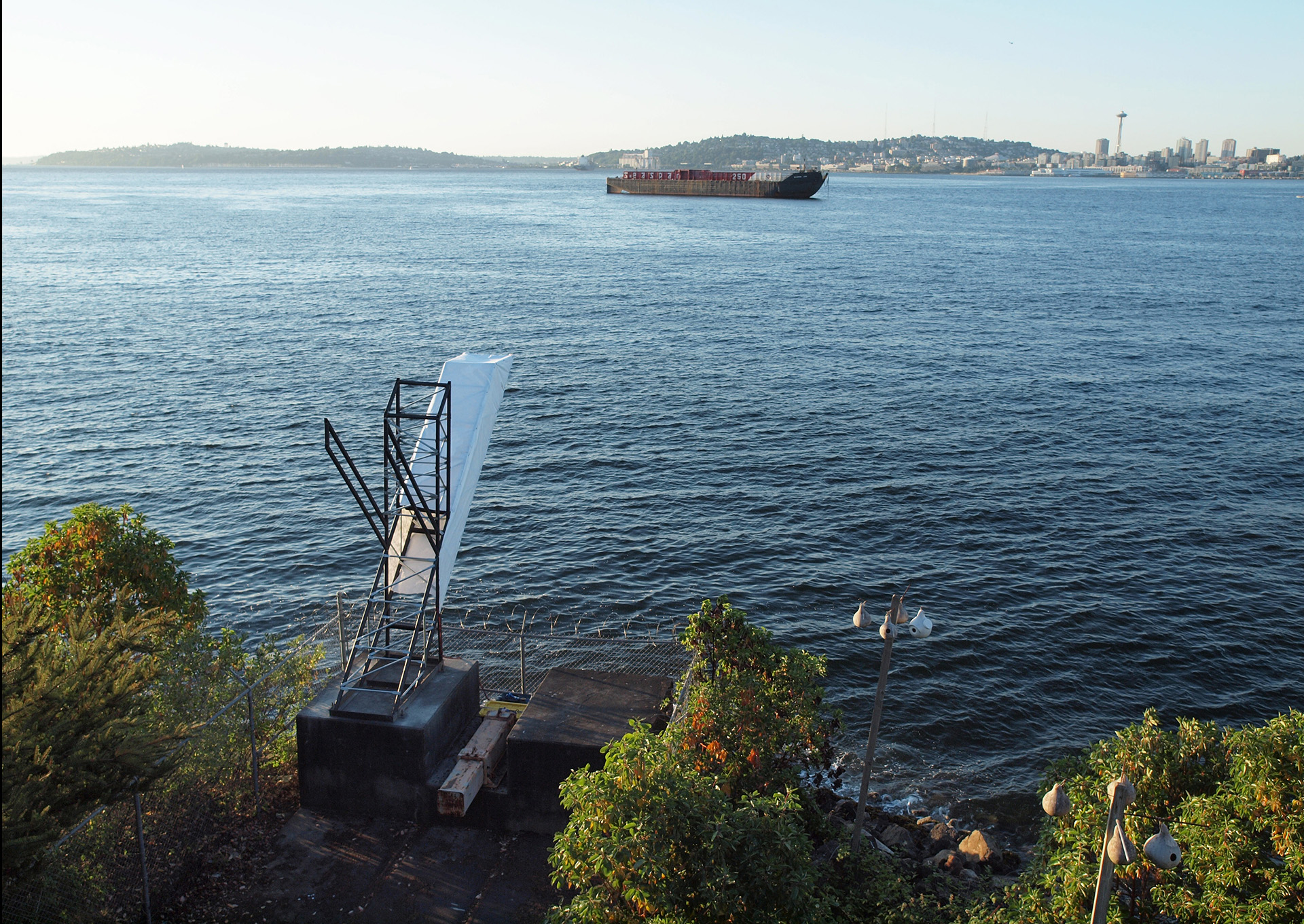 The Duwamish Lighthouse project, acting as both art installation and data collection tool.

Technology, the sector, may be responsible for Seattle’s rapid growth over the last several years, giving new urgency to conversations about equity, affordability, and the digital divide. At the same time, technologists, the people, are putting more and more of their time and talent toward solving civic problems.

However, finding an intervention where technology can make a difference takes a lot of work. The best civic technology efforts are not only well-intentioned; they carry that intention through to impact. They address real problems and design for real users. They acknowledge the complexity of civic and social issues, leveraging technology as a tool without expecting it to be a silver bullet. They approach challenges with humility and creativity, bringing new energy to longstanding problems.

Every effort highlighted here is open in some way, inviting others to join, copy, fork, or otherwise get more engaged with their projects. They represent the most innovative, impactful civic technology work of 2015 across four categories: arts, apps, groups, and events.

Duwamish Lighthouse [George Lee + Luke Swart + Alan Vezina + Colin Dietrich]: The Duwamish Lighthouse is both an art installation and a data collector that checks water quality in real-time and communicates it as a 17,000-lumen stream of light, as translated by Python. You can see it daily between 5:30 and 7:30 pm, when the solar-powered, 3G-connected, steel-Tyvek structure “breathes” light in either a steady or spasmodic pattern, representing the health of the river’s water. The installation will be in place through March 2016. The best places to view the lighthouse are Jack Block Park, downtown Seattle, and the beaches near the West Seattle location of Salty’s restaurant. The code repo is at github.com/illumenati/duwamish-lighthouse, and more information about the project can be found at www.georgeleestudio.com/duwamishlighthouse.

Ghosts of Seattle Past [Jaimee Garbacik + Josh Powell + Jon Horn]: Ghosts of Seattle is one of several map-based projects that aim to collect memories of Seattle’s past and preserve them in the midst of rapid change. Although it was spearheaded by artists and not technologists, it belongs on this list as a blend of technology and community engagement that helps us hold on to collective memories that might otherwise be lost. A current version of the map, as well as information about associated happenings, is up at www.seattleghosts.com.

Seward Park Stories [Wendy Call + G. Thomas Bancroft + Christina Montilla + Seth Vincent]: Seward Park Stories, a project funded by King County’s 4Culture, documents the stories of South Seattle’s Seward Park from its ancient history through today. Spanning multiple human civilizations, animal migration, and changes to the plant life, the interactive map honors many of the stories that belong to this place and enrich the experience of those exploring it, whether on their desktops or in real life. Taking a walk through Seward Park with the app open and location-enabled is on my #goals list for 2016. Check it out at sewardparkstories.org.

Access Map Seattle [Allie Deford + Nick Bolten + Reagan Middlebrook + Veronika Sipeeva]: Access Map Seattle, which won the City of Seattle’s Hack the Commute initiative, is a desktop- and mobile-friendly map that displays information relevant to travelers with limited mobility, such as hill steepness, location of curb cuts, and construction impacts. The prototype was built at Hack the Commute, demo’d for U.S. policymakers and European royalty at the Global Cities Teams Challenge Expo in Washington DC, and lives on as a project of the University of Washington’s Taskar Center for Accessible Technology. More information is at AccessMapSeattle.com.

Hey Duwamish! [Luke Swart + Jacob Caggiano]: The team behind Hey Duwamish! has been working on this project for a while, but their efforts went up a notch this year thanks to funding from Seattle Department of Neighborhoods’ Duwamish River Opportunity Fund. The interactive map showcases seven layers of data and allows users to submit pollution-related concerns, community action plans, and new ideas. While the site’s raison d’etre was community monitoring of the cleanup, it has already fostered stronger connections between the land and the people who use it. They have built a Spanish version and are looking to internationalize to Vietnamese next. Contribute at github.com/smartercleanup/duwamish or heyduwamish.org.

What’s My Wage? [Anna Minard, Working Washington + Andrew “Peaches” Gall, Open Seattle]: What’s My Wage? is a simple, mobile-friendly web tool that allows any user -- employer or employee -- to understand Seattle’s new minimum wage law and how it applies to them, while also providing an opportunity to contribute to a database that verifies which employers fall under the new law. Working Washington’s Anna Minard pitched the idea to Open Seattle in February, and it launched by April, thanks to back-end development from Peaches. The project is fully open-source. Explore the GitHub repo at https://github.com/working-wa or try it yourself at whatsmywage.org.

Honorable Mention: Google + Real Change cashless payment app. A team of engineers from Google’s Seattle office created a cashless payment app for Real Change, which now joins the growing ranks of street papers around the world that have gone digital. The project is not open-source, but the app is available for free on both Android and iOS.

Big-Brained Superheroes Club: Big-Brained Superheroes Club at Yesler Community Center is a fully community-driven organization that teaches kids “hard skills” in math and engineering along with soft superpowers such as leadership, willpower, and teamwork. I met them when they showed up at the 2015 Open Seattle-organized CodeAcross event at City Hall. Club members learn code, robotics, circuits, and strategy, and exercise their creativity through drawing and mindstorms. Get involved as a volunteer or donor at www.bigbrainedsuperheroes.org.

Open Seattle: Open Seattle, one of 50 volunteer “brigades” affiliated with national civic technology organization Code for America, saw a surge in activity this year, due largely to a concerted effort by volunteer co-founders Will Scott and Seth Vincent. In April, they celebrated their 100th Meetup. Over the summer, they rebranded from Code for Seattle to Open Seattle, broadened their mission to be more inclusive and multi-disciplinary, and expanded community education efforts such as NodeSchool Javascript and node.js workshops. They also added Luke Swart and Christina Montilla to the leadership team, significantly expanding their capacity as volunteer organizers. Learn more at OpenSeattle.org or sign up for an upcoming event at Meetup.com/OpenSeattle.

Unified Robotics Club: Earlier this year, Kings High School student Delaney Foster started a club to connect special education students in Seattle and their peers through learning technology. Piloted with Roosevelt High School, the program helps students of all abilities accelerate their STEM learning while also erasing divisions between students considered “normal” and those with special needs. Check out the full feature over on GeekWire or watch the promo on YouTube.

October: Open Source & Feelings [lead organizers: Jeremy Flores + Kerri Miller + Strand McCutchen + Bri Dotson + Kristina Hjertber + Utah Kate Newman + Whitney Levis]: Held at Seattle Central in early October, the Open Source and Feelings conference worked to address some longstanding issues in the open source community. Recognizing that technology is developed by humans, for humans, and that it matters which humans are able to participate in the production of that technology, they set out to create a conference that addressed those issues while itself being an example of how to go about being inclusive -- and attracted a dynamic speaker lineup and 200 attendees in only their first year. I’d urge anyone putting together a technology event to consider a diversity statement like theirs, which, itself adapted from a Creative Commons-licensed statement, makes it clear that everyone is welcome -- as both creator and user. Visit osfeels.com to sign up for updates on their next effort.

November: Design Swarm: Seattle Interactive Conference + Mary’s Place [lead organizers: Chris Nelson + Win Goodbody]: Motivated by the increase in homelessness in Seattle -- including a 2,600 percent increase in overnight stays by homeless women and children at Mary’s Place alone -- this year’s Seattle Interactive Conference organizers introduced a “Design Swarm,” inviting technology, design, and business leaders to imagine solutions that help families experiencing homelessness. The winning project idea came from Seattle’s POP creative agency: a virtual identity system for those who lack a safe place to store their documents. Rather than issue prizes, the organizers issued a challenge in the form of a fundraising effort that raised more than $18,000 for Mary’s Place. More information is on the Seattle Interactive 2015 conference website, Facebook page, and Crowdrise fundraiser page.

November: Seattle University Social Justice Hackathon [lead organizers: Miguel Willis and Daniel Sandoval]: Two students, with support from Seattle University School of Law’s Access to Justice Institute and led by Diana Singleton, put together a two-day hackathon focused specifically on addressing the legal needs of the poor. They partnered with community organizations, such as the King County Bar Association and Columbia Legal Services, as well as lawyers and law faculty with deep expertise on access to justice issues, to ensure that solutions developed met real needs that the poor experience. The first-place app idea came from a Seattle University alum who works in legal services and flew to Seattle for the opportunity to collaborate with civic-minded technologists based here. This coming February, the Mayor’s Office will host a demo day for the winning teams at City Hall. That event will be open to the public. Until then, more information is on the Social Justice Hackathon site at socialjusticehackathon.com. 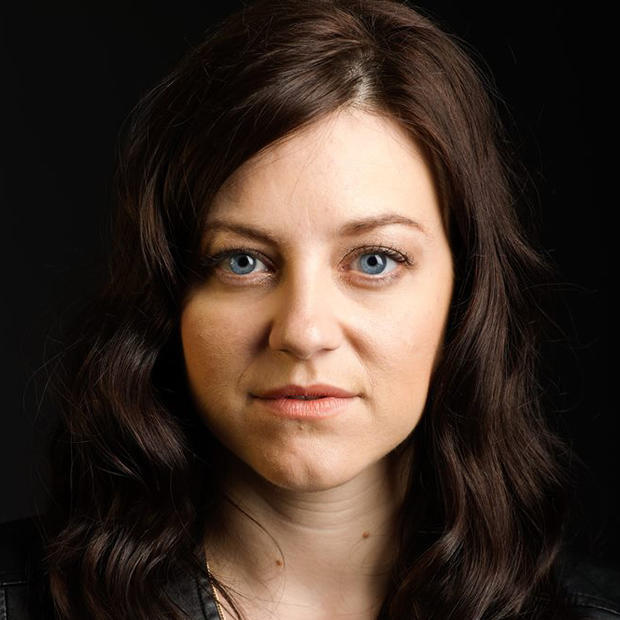 Candace Faber is Civic Technology Advocate for the City of Seattle, a position created earlier this year. She has been active in Seattle’s civic technology community since 2013 as both a volunteer organizer and a paid project manager. Earlier this year, she served as the project manager for Hack the Commute, where the Access Map project got started, and represented Open Seattle at the Code for America national summit. You can reach her at candace.faber@seattle.gov.