Oregon standoff: White and exempt in the wide open West 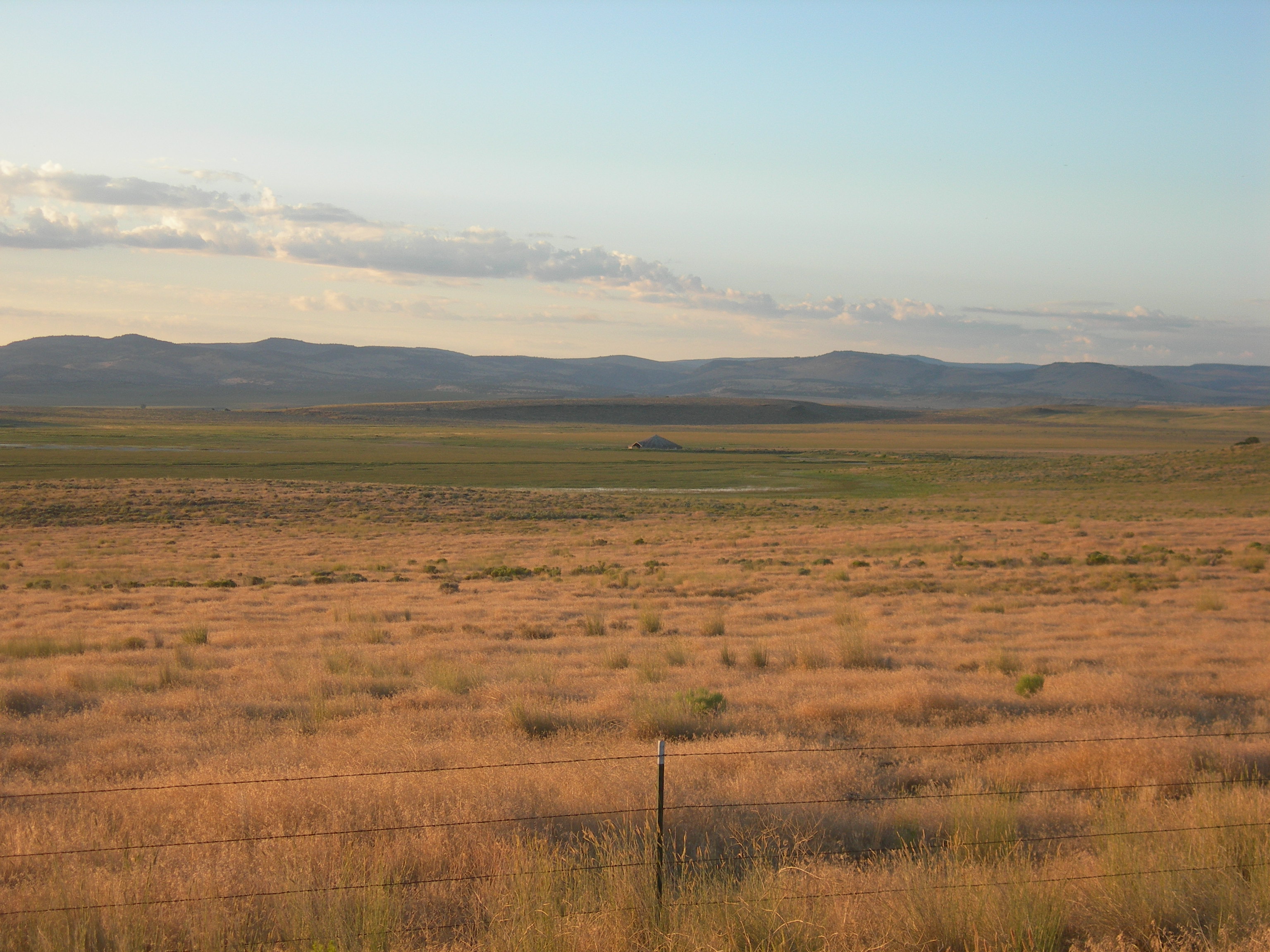 Malheur National Wildlife Refuge: The wide open West and now a political flashpoint. In the middle is an historic round barn, once used to break horses during the winters.

A splinter group of anti-government militants has occupied a building at the Malheur National Wildlife Refuge in Southern Oregon. They include the sons of Cliven Bundy, the Nevada rancher who had a standoff with federal authorities in Nevada over $1 million he owes in grazing fees.

The refuge, south of Burns, is remote and well known to bird-watchers as a key stop on seasonal migrations. It is better known as a place to see Sandhill cranes, avocets and black-headed grosbeaks than as a place for a political standoff. The refuge is vast, beautiful and wild — it was set aside by Theodore Roosevelt in 1908 to protect its birds.

And consider this: Harney County, where Malheur is located, is over 10,000 square miles, giving it a land area bigger than Maryland and many New England states. Its population: just over 7,000 souls. Two-thirds of it is rangeland, and most of it is controlled by the federal government. This part of Oregon is about as old West a place as you will find in the Oregon country.

There may be a bit of irony in the questioning of federal power in a county named for Gen. William Harney, who was once military commander of the Oregon district in the 1850s and tried to provoke the “war” with Great Britain that we call the Pig War. In fact, Harney’s militancy in protecting American rights in the San Juan Islands over the shooting of a pig caused his ultimate removal from his HQ in Vancouver, Washington Territory. The other Washington did not want a war with Britain over the disputed island border, but Harney was willing to strike back against the empire. So he was reined in. The dispute was eventually resulted in a diplomatic solution and that is the reason you can enjoy vacation in Friday Harbor without a passport.

Harney was an incredibly tough, battle-hardened military man whose life could easily be a mini-series of 19th-century Manifest Destiny. He fought in the Seminole Wars, the Blackhawk War, the Mexican War, the Indian Wars — he led a war against the Sioux and sent the troops to protect Oregon country wagon trains — and he was part of the U.S. forces that pushed back against the Mormons and attempted to bring order to guerrilla-ravaged pre-Civil War “bleeding Kansas” and Nebraska. He also served in the Civil War on the Union side, despite having deep ties with Southern friends and family. He was a master at fighting insurgencies — and massacring the enemy. The Indians gave him the name of “Women Killer.”

Harney also carried out an order for the mass hanging 30 Irish prisoners at the Mexican War battle of Chapultepec, including a wounded man who had just had both legs amputated. I suspect the occupiers of Malheur are lucky that William Harney is not now the federal authority in charge, a man who spent a lifetime on the business end of asserting the American sovereignty they protest.

The political spectacle of Malheur is interesting for us in Seattle. Here, an Indian woodcarver cannot be safe walking down the street with his carving knife, nor can a black man avoid arrest for walking with a golf club as a walking stick. But in the West, and the Pacific Northwest, armed occupiers who are white and far right seem to be able to defy federal law with relative impunity. They bluster with guns but expect kid-glove treatment. In the West, you can threaten armed attack on federal authority and get away with it if you wear a cowboy hat. Twitter jokers are calling the type Y'all Qaeda.

It’s hard not to imagine what would happen in Malheur if this were a group of armed Muslims or a Black Bloc of anarchists from Eugene. Or what about unarmed Black Lives Matter protesters or tribal activists?

One reason is that federal officials and employees in rural areas are themselves often locals, or certainly have to live with their remote neighbors. The other is that the causes being espoused — that the federal government is too powerful or is entirely illegitimate — underlies the main ideological thrust of one of the nation’s predominant parties, today’s Republicans, and that’s usually the party of choice in these rural counties.

Even if they might disagree with the Bundys' tactics or extremism, the local sense of general grievance can be long and deeply held, and exacerbated by economic conditions. The occupiers are not necessarily seen as “others,” but as reflections of their angriest selves.

There is also the great disconnect. Many of these areas are only habitable because of federal and public roads, jobs, land reclamation and power. But in the vast spaces, an illusion sets in that all that a person has is due to the sweat of their brow alone, the illusion of self-reliance.

Malheur is French for tragedy. Let’s hope one doesn’t play out there.