Seattle's homeless emergency: What do we really know? 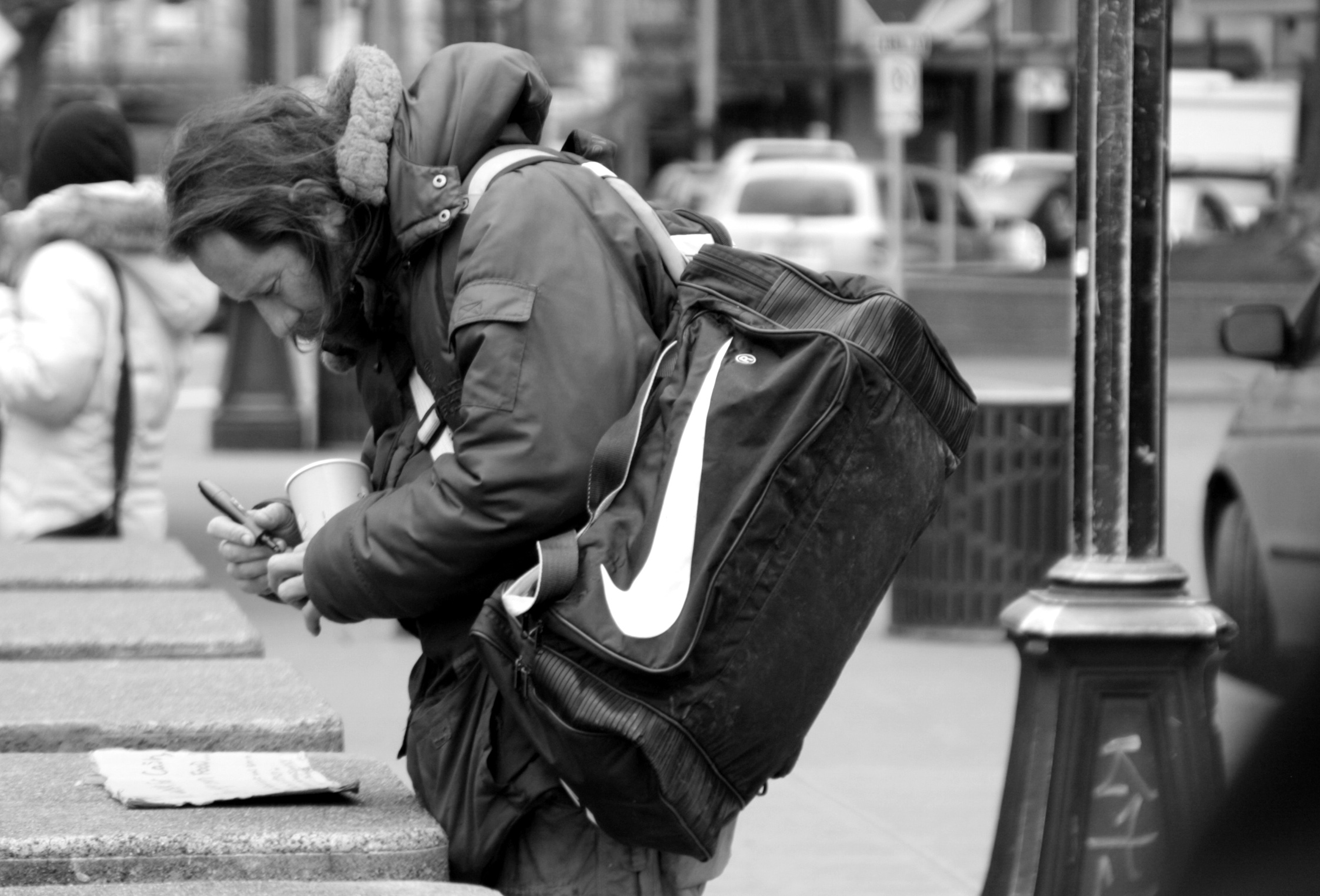 Every morning around 7:30, Wayne Wilson walks from his office on the second floor of the Compass Housing Alliance, inside a shaky building in the shadows of the Alaskan Way viaduct, down the stairs to the alliance’s "hygiene center." When he unlocks the door, a line of more than a hundred people begin the daylong procession to the showers and the laundry room, eventually heading back to the places from which they came: shelters, temporary housing or the streets.

Over the course of the year, more than 2,000 individuals use this space. Some people come occasionally, some everyday, some just once to spruce up for a job interview. Some, like Eric Vigil, never leave. A former drug addict, Vigil now cleans the facilities in the evening.

But although he’s closer to this community than almost anyone, Wilson doesn’t dig too deeply into his clients' histories. He simply says most of them are men, between 40 and 50 years old, and many struggle with mental illness.

As people come through the door, Wilson and his staff ask them a series of basic questions. The feds require the county to collect that data, but in doing so, providers like Compass have to strike a tenuous balance: Ask too much and they risk scaring people off, as many struggle with addiction and mental illness. They are also wary of providing ammunition to those who argue that city services shouldn’t cater to those from outside Seattle.

Ask too little, on the other hand, and service providers risk missing valuable information that can help them better serve Seattle’s burgeoning homeless population.

From a policy standpoint, it is important to paint a picture of who is struggling with housing. “It helps us to tailor the response,” says Mark Putnam, director of All Home, King County’s agency to combat homelessness. “It helps on the advocacy front and helps on the local policy decisions that are made.”

It also drives where money is spent, and what kind of services the city and county provide. For example, says Putnam, chronically homeless people benefit the most from being placed rapidly into permanent homes. An accurate accounting of the number of chronically homeless people allows officials to decide how much funding should go toward permanent versus emergency or transitional housing.

Josh Leopold, a homelessness and affordable housing analyst with the Washington, D.C.-based Urban Institute, echoes this point, saying that, as it becomes more clear who’s on the streets, policy can build a “triage of what makes people particularly vulnerable to dying on the streets.”

And yet service providers generally take a neutral stance. “There’s no question, the Mayor and the Human Services department are looking for more numbers,” says Compass Communications Manager Jackie O’Ryan. “We agree that’s a good thing. But we are careful because we want [our clients] to feel comfortable.”

“It is a balance,” says Jason Johnson with Safe Harbors, which is housed in Seattle’s Human Services Department. “You don’t want to put an expectation on a service provider that they do an intensive survey.”

So what do we really know about King County's homeless?

This year’s one-night survey turned up 4,505 people living in the streets. The One Night Count, as it’s called, is a “point-in-time” count – it gives just a snapshot from a three-hour period – and is widely believed to be an underestimate of the overall population. This year’s total count, including people on the streets and in shelters, hasn’t been released yet; last year’s was 10,047.

The surveys conducted by providers such as Compass offer a somewhat more comprehensive look. The information goes to King County’s Homeless Management Information Services, known as Safe Harbors, a tracking mechanism for how federal dollars are spent.

A quarter of the county’s homeless population is families with children. Eighty-seven percent of the homeless are from King County. About 10 percent are veterans. And 35 percent are mentally ill.

Even these numbers are somewhat suspect, however.

Consider that Safe Harbors surveys generally only record mental illness at places like Downtown Emergency Shelter that are geared toward serving that population. In places like Compass, it comes down to self-reporting. “Clearly there’s a strong link” between homelessness and mental illness, says Leopold. “But if you ask somebody if they’re seriously mentally ill, they’re not going to say that.”

Wilson with Compass says that people struggling with severe mental illness are much less likely to fill out a survey. Wilson guesses that close to 80 percent of the people he deals with struggle with some form of mental illness, far more than the 35 percent found by King County.

And then there are the populations that have little or no interaction with government service providers, and are missed completely in these tallies.

There are the newly or occasionally homeless people who’ve recently lost jobs, have been priced from their homes or ended a relationship – people who tend to interact less often with shelters, hospitals and other services. James Tran, one of the victims in last week’s shooting in a SODO homeless encampment, was one of these, homeless for only a month.

There’s also a group of people who are chronically homeless, but just never use services. In theory, the One Night Count will tell us how many there are, but there’s no mechanism to learn more about who they are, exactly. Putnam guesses most people over the course of the year use some form of services, but it’s hard to know how big that population really is.

Perhaps the biggest gap in the demographics is young people. “That’s a hard group,” says Leopold. “Traditionally you’ve got the family shelters, but you don’t have that group of teenagers that are going to want to seek out shelters.”

And because a lot of them are in school and have friends, there’s a higher chance they’ll be couch surfing or staying with relatives.

Eric Vigil, the now-janitor with Compass, says he was homeless when he was young. His experience is that a lot of young people are runaways, as he was, and therefore more likely to move around. In interviews last year at ROOTS youth shelter in the University District, that seemed to be the case: None of the five people Crosscut spoke with were originally from Seattle.

Understanding that the One Night Count misses the young homeless population, King County carries out a much less publicized count called Count Us In. Unlike One Night Count, Count Us In depends on young people coming to survey stations and identifying themselves. Last year, the survey found 824 unstably housed youth and young adults, although it’s hard to know how many were missed.

If there's a particular value in the numbers that are out there, it's in the trends. So long as the approach to the One Night Count and Safe Harbors remains relatively consistent, we can track progress (or its opposite) even if the absolute numbers are inaccurate.

If there is one thing we can be quite sure of, however, it’s that shelter is very hard to come by for the county’s homeless population. On any given night, in Seattle and greater King County, permanent, transitional and emergency housing for families is filled to over 80 percent of capacity. Services for individuals hover at or above 95 percent.

“There’s a lot that we know,” says Putnam.

And yet, both Putnam and Leopold concede that there’s also a lot we don’t know. “It’s very difficult to count this population,” says Putnam. “It always has been.”