Bringing women back to computer science: UW in national spotlight over efforts 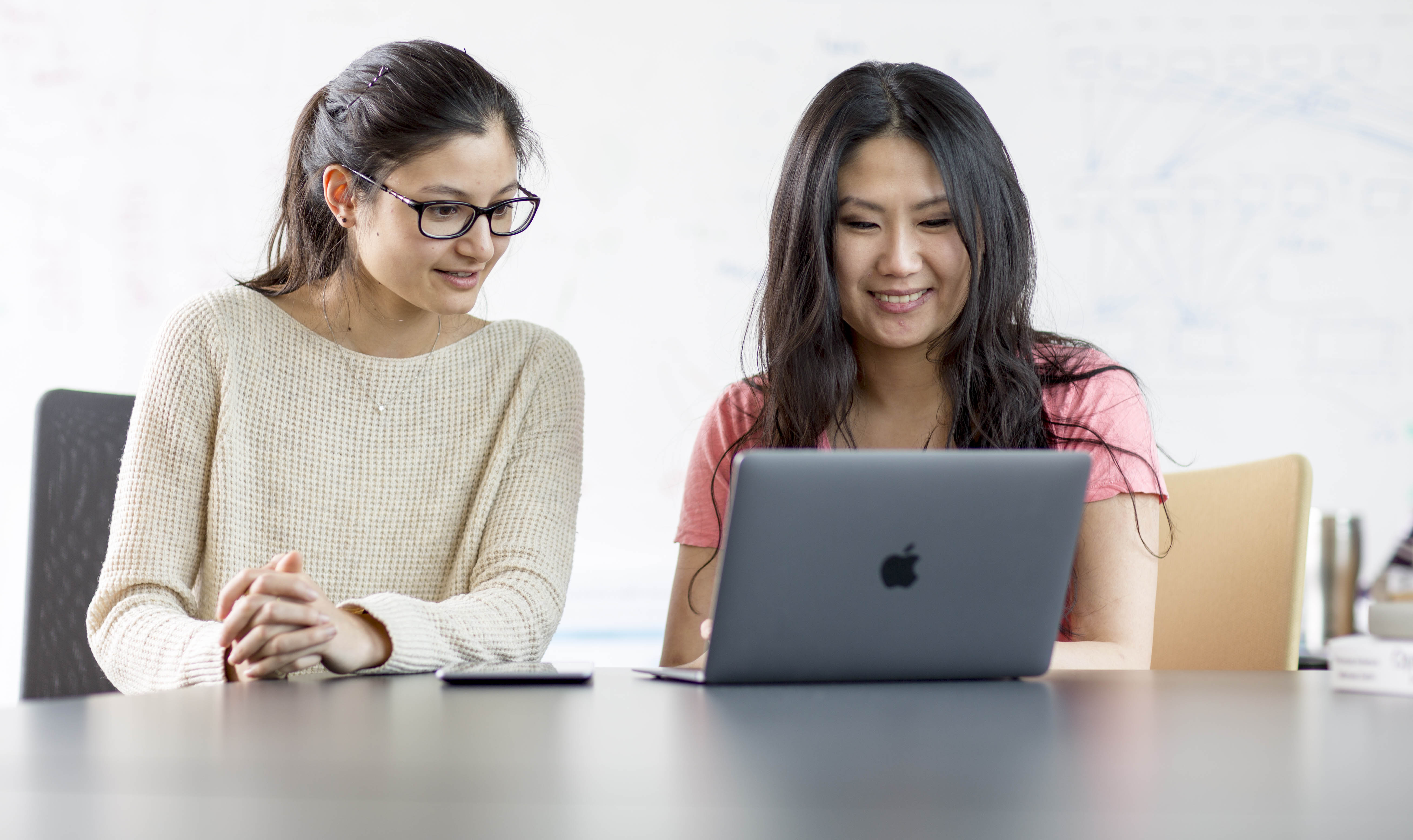 Women’s role in the computer revolution is often glazed over. There’s Ada Lovelace, the mathematician sometimes called the “world’s first computer programmer”, who sketched out the possibilities of computers way back in the 1800s. In 1945, one of the world’s first electronic general-purpose computers was built, with six female mathematicians creating its programs. By the early ‘80s, personal digital computers were taking off, and computer science was a major in universities. The number of women earning bachelor’s degrees in computing hovered around 40 percent.

But around 1985, the number plummeted. Today, only about 18 percent of computer science bachelor’s degrees are earned by women. Women once held a prominent role in shaping the field’s future. In large part, that’s no longer the case.

The drop-off in participation was due, in large part, to a narrative that’s taken a stronger hold as time passed: computer science was for boys. The numbers remain low because of lingering gender bias, and limited support for women pursuing the male-dominated major, among other issues.

What can reverse the trend, and bring more women into the field again? It’s a question that companies and universities across the U.S. are asking. And the University of Washington’s Department of Computer Science and Engineering (UW CSE) may have found a method that works.

At UW, 30 percent of bachelor degrees in computer science went to women last year — twice the national average. The accomplishment recently netted the university a story in the New York Times, and the first-ever award from the National Center for Women & Information Technology, specifically focused on bringing more women into the field.

Sonja Khan arrived at UW without a clear sense of what she wanted to study. She enrolled in CSE 142, the introductory computer science course, on a whim. The class started slow, she says, but it gave her a chance to observe the department.

“I felt like the department had a real sense of community, which I didn’t get from other intro courses I had taken,” Khan says.

When a professor suggested she enroll in UW CSE’s women’s seminar, she was officially hooked. The seminar met weekly to discuss diversity issues in computer science. After finishing her first course, her instructor Stuart Reges emailed to ask why she hadn’t registered for the follow-on course. Looking back on the experience, she says all of that early outreach really went a long way.

“I can see a route where I take the CSE course, like the content, but there isn’t anyone encouraging me to take more courses and that would have been a missed opportunity,” Khan says. “Encouraging more women to consider the major as a possibility is important.”

Ed Lazowska, Bill & Melinda Gates Chair in Computer Science & Engineering at UW, says that Khan’s story is not uncommon. Nearly 60 percent of women who major in computer science didn’t have that interest when they first decided to take the intro course.

For that reason, the CSE program conducts outreach to not only K-12 teachers and students – to build interest early in the field – but UW students too, attempting to funnel freshmen and sophomores into the intro course. It’s a class with supportive professors who use various mechanisms to help underrepresented students succeed. One professor even takes the time to bake cookies for each of his introductory course students during finals.

“It’s important to know that (the law) keeps us from tilting the table in any way on things like admission to the program,” Lazowska says. “The only thing we can do is encourage highly capable people from underrepresented groups to apply to be a major and make sure they are the best.”

There’s a multitude of reasons that Lazowska says diversity in computing needs to be prioritized. But one of the most compelling is that computer scientists are engaged in design.

“Design is creative and any creative process is dependent on the backgrounds, perspectives and orientations of the people who carry it out,” he says. “If there are people who are underrepresented, there will be perspectives that aren’t considered and you get a worse outcome.”

Khan says the day she walked into her first computer science class , her first thought was “Oh, what have I gotten myself into?” Looking around the room, it really hit her that the major was overrun with men.

“It felt like there were eight women and all men in the class of 80 students,” Khan says. “There are fewer of us and it can be difficult to find a sense of community within the women without having certain events.”

The CSE program is rare in that about 50 percent of the teaching assistants are women.

As her studies progressed, Khan was able to meet other female teaching assistants and faculty who invited her to join women’s organizations and attend events.

“I think female undergraduate students feel more comfortable approaching female grad students, but it can be hard to find them so this shows them that they aren’t alone,” she says.

Zhang completed her undergraduate at MIT, and then worked at VMware full-time before applying to various graduate schools. She was drawn to UW’s program because it was a place she felt she could stick up for herself even if she was the only woman in a room.

“It’s a collegial atmosphere that I haven’t found in other places,” Zhang says. “It can be tough when you’re the only woman in a research group, or the atmosphere is hostile and combative. Here, women have found a supportive culture.”

All photos courtesy of Dennis Wise/University of Washington.

A previous version of this article stated that Ed Lazowska was chairman of the UW CSE department. He is the Bill & Melinda Gates Chair in Computer Science & Engineering.