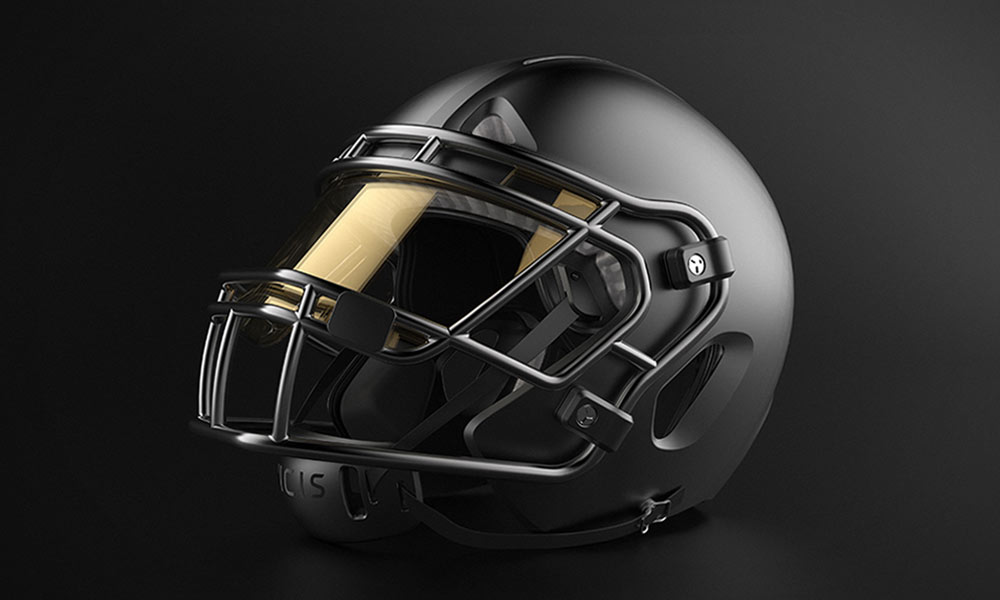 The “full-contact” aspect of football – the big hits, the spectacular tackles – has helped make watching the sport a quintessential American pastime. But as we’ve learned more about the associated risks of brain trauma, the brutality is becoming controversial.

Last year, a thousand former players won a class action lawsuit against the National Football League, which provided up to $5 million per athlete in compensation for their head injuries. Some NFL players are retiring early. Some parents are deciding against letting their children play the game – meaning there will be fewer future players from which the NFL has to choose.

As the issue has increasingly made its way into the public discourse – coming to a head with the blockbuster Concussion, which came out last December – it has become clear that something about the sport needs to change. Over the past few years, the NFL implemented some rule changes in the hopes of reducing head injuries, but given that diagnosed concussions rose by nearly 32 percent in 2015, those tweaks don’t seem to be working.

That’s why the Seattle-based company VICIS is trying to make football safer by redesigning the piece of equipment that’s supposed to be protecting athletes’ brains in the first place: the helmet.

Our brains are actually relatively well-protected even without a helmet. They are surrounded by a built-in cushion, called cerebrospinal fluid, which usually keeps the soft organ from hitting the hard skull when your head gets jostled.

But a football tackle can put as much as a full ton of force on a player’s head: a factor of the player’s (usually hefty) mass, and the acceleration of the body as a result of the collision. All too often this force is enough to outdo the brain’s natural protection, sending the tissue crashing through that fluid and smacking against the skull.

An incident like this can cause a change in brain function; when this happens, even if its temporary, it’s considered a concussion. When this happens again and again over the course of a football player’s career, it can result in Chronic Traumatic Encephalopathy (CTE), a condition of a progressively deteriorating brain that can result in behavioral change (including rage and impulsivity), depression and even dementia.

To make matters worse, the CTE diagnosis usually can’t be made until after the patient has already died, when autopsy reveals a deformed, brittle, visibly eroded brain with an unusual amount of tau protein. Some of this protein, which stabilizes microtubules in the brain, is necessary and healthy. Why this protein accumulates when someone develops CTE remains a mystery.

The padding in football helmets helps absorb some of the force the brain would otherwise feel, but it’s clearly not enough.

“If you look at the state of helmet technology, it really hasn’t evolved since the ’70s,” Samuel Browd, a pediatric neurosurgeon at Seattle Children’s Hospital and co-founder of VICIS said at a forum on concussions held by the Northwest Science Writers Association in Wallingford in February. And that helmet technology wasn’t developed with concussions or repetitive head trauma in mind, but rather more visually obvious injuries such as skull fractures.

So VICIS, a UW-affiliated startup of neuroscientists and engineers, threw the current helmet templates out the window and started from scratch.

The main thing that makes VICIS’s helmet, called the Zero1, different from a standard helmet is its ability to absorb the forces of collision from all directions. Today’s helmets reduce the force by slowing down only the “linear acceleration.” As in, the helmet gets bonked head-on and its cushioning compresses in a straight line. But concussions are often caused by “rotational acceleration” as well. For example, when the helmet gets bonked from the side there can be more impact in the twisting direction than in the head-on one.

The Zero1 helmets are comprised of not one but four distinct layers to absorb force, including an outer shell that deforms on impact and a layer of memory foam against the player’s head, which is surrounded by a layer of plastic. The nut of the redesign, however, rests in its “core layer.” It is a band inside the helmet of cushiony columns that can compress and twist, thus absorbing some of the force from rotational acceleration. The concept isn’t anything new: It has been used in aerospace and car engineering for decades. In fact, VICIS says it’s based on principles first described by Swiss physicist Leonhard Euler in the 1700s. It seems fairly simple. But it’s the first time it has been applied to football.

A big chunk of VICIS’s funding came from the Head Health Initiative, a contest funded by General Electric, Under Armour and the NFL itself. It’s not hard to see why the NFL would feel motivated to buck up the cash: despite their history of denying the issue, the league clearly has incentives to address the repetitive head trauma associated with the game, and getting behind a helmet like Zero1 is a relatively easy way for them to do it.

But while the new helmet technology is promising, there’s still a lot we don’t know about   our brains, and how they respond to the battering they get on the gridiron. Exactly how much force is needed to cause a concussion? How many times does a head have to get whacked before a person develops CTE? How does a young brain handle brain trauma differently than an adult one?

“We don’t know a lot about the science,” Browd acknowledged. “We’re just at the beginning of learning about it.”

In fact, some on the panel argued that helmets make the problem of concussions worse, because the athletes feel as though their brains are protected and can go for that tackle full-force.

“When it comes to head trauma, the NFL will always do only what it has to do,” Sports Illustrated writer Doug Farrar said. “And always stop short of what it needs to do.”

Yet anyone who has ever watched a Seahawks game knows that the the sport isn’t going to fizzle away anytime soon. “I think [football is] here for awhile,” Browd said.

“Is there a cure for concussions? No. There’s no such thing,” Browd continued. But can a better, smarter helmet make the game safer? “I think so.”

In the meantime, football will remain everyone’s favorite guilty pleasure. As Sean Pamphilion, director of the documentary The United States of Football, said, “It’s a level of willful blindness that we all engage in.”