New push to get thousands of homeless employed 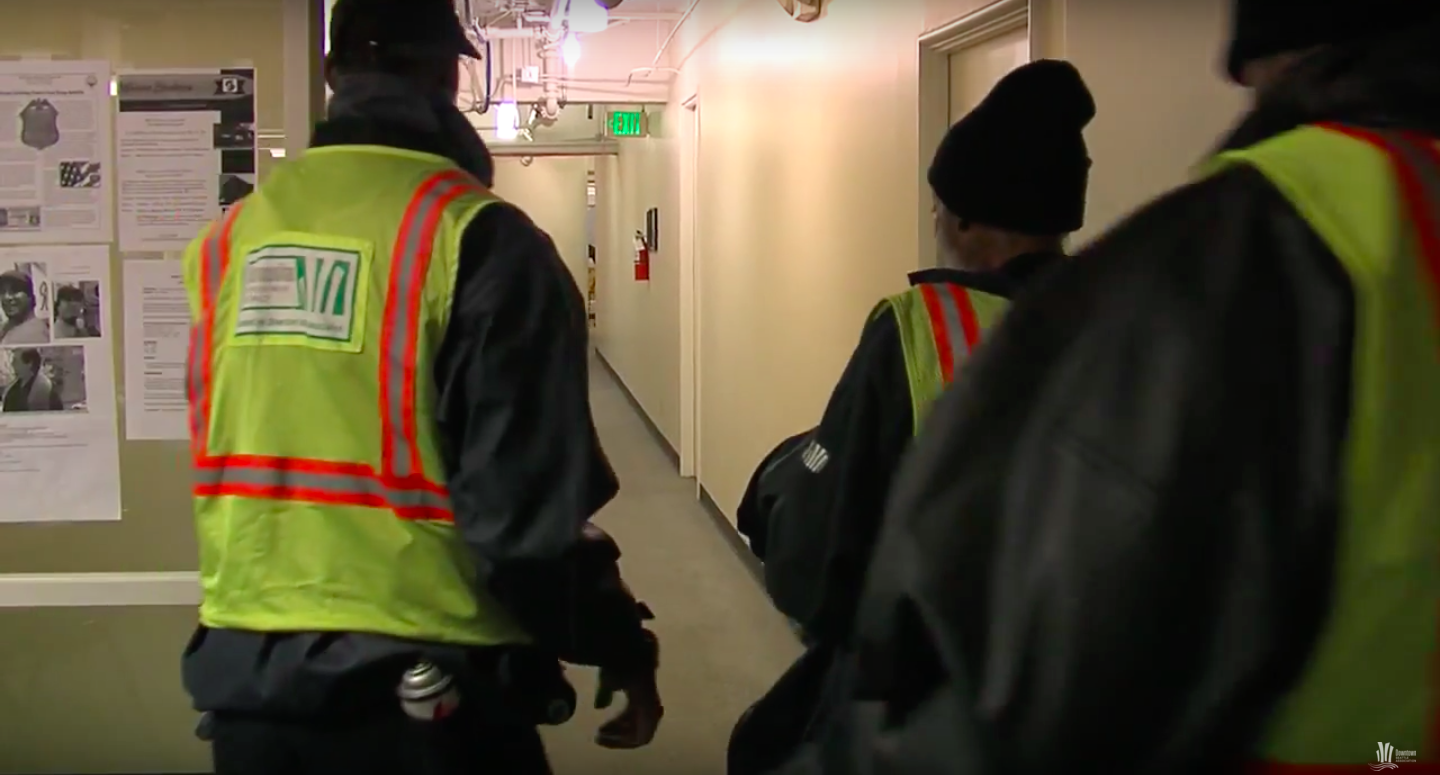 Employees of the Metropolitan Improvement District

It’s the most heartbreaking irony of Seattle: In the shadow of the city’s booming employment numbers, thousands of people live destitute on the streets or in shelters. Even in an employee’s market, the opportunities for a paycheck often sail past those who may not have consistent access to a phone, a mailbox, Craigslist, a suit or a shower.

There’s a logical answer here — almost as logical as putting the homeless in homes: offer the jobless jobs. This has long been the mission of the Millionair Club Charity, whose headquarters are tucked among Belltown’s new and expensive condo buildings. Now, a new partnership announced Wednesday between the Millionair Club, United Way of King County, the Downtown Seattle Association and the City of Seattle will hopefully cast a wider net than what each of them can do individually, finding jobs for people who want them, and employees for the businesses that need them.

The Millionair Club subscribes to a stepping stone philosophy: If you can get people into temporary jobs, those can turn into permanent jobs, which can turn into careers.

“Some people just need a little extra step to get back to where they was in life,” says Roland Tennin. He moved to Seattle from the South almost 14 years ago and quickly found himself homeless. He doesn’t struggle with drugs or crippling mental illness, but simply miscalculated what would be here for him when he moved. It was the Millionair Club that lifted him out.

“Some don’t just fall into a slump and give up. They got plenty of skills, but don’t have the opportunity," Tennin says. "They just need to reach out to somebody.”

Over the last few years, the Millionair Club has sought to place 135 people a year into some form of employment. According to Executive Director Jim Miller, the group has been able to meet that goal recently.

But unskilled labor jobs continue to go unfilled. For example, at a recent Seahawks game, only 140 of 200 available stadium jobs were filled. Consider that this year’s One Night Count found over 4,000 people sleeping on the streets of Seattle. Not all of them could work at the stadium, but certainly some of them could. It doesn’t take a lot to pour a beer.

The new partnership, called Jobs Connect, largely sprang from the suggestions of donors. Jon Fine, President and CEO of United Way of King County, started hearing from deep-pocketed supporters that they could get behind an expanded jobs push. Many had read about an effort in Albuquerque to employ the people who were panhandling on the city’s streets.

Employees of Millionair Club will partner with Metropolitan Improvement District (MID) outreach workers who already engage in relationship building with downtown’s homeless. The program will also offer provide a van — a pretty simple addition — that will allow the Millionair Club to both transport people to job sites and also to be more proactive in spreading word of the program.

The main employer will be the Downtown Seattle Association, specifically as MID workers, who wear green reflector vests as they water plants and clean up trash and graffiti in Seattle’s urban areas. Additionally, the DSA and the United Way will utilize their connections on behalf of the program, reaching out to private businesses and encouraging them to consider the applications of unsheltered people. According to Fine, the rolodex is about a thousand businesses thick.

Standing in the long cafeteria of the Milionair Club, Mayor Ed Murray inevitably received a question about the man who recently spent 24 hours in a tree near Westlake. Murray called it a serious thing, avoiding any of the Twitter temptations to spin a joke. His stay in the sequoia in the heart of Seattle’s shopping district is a reminder that people like Man in Tree have slipped through the cracks of an otherwise healthy-seeming economy. Maybe a job would have kept him grounded.