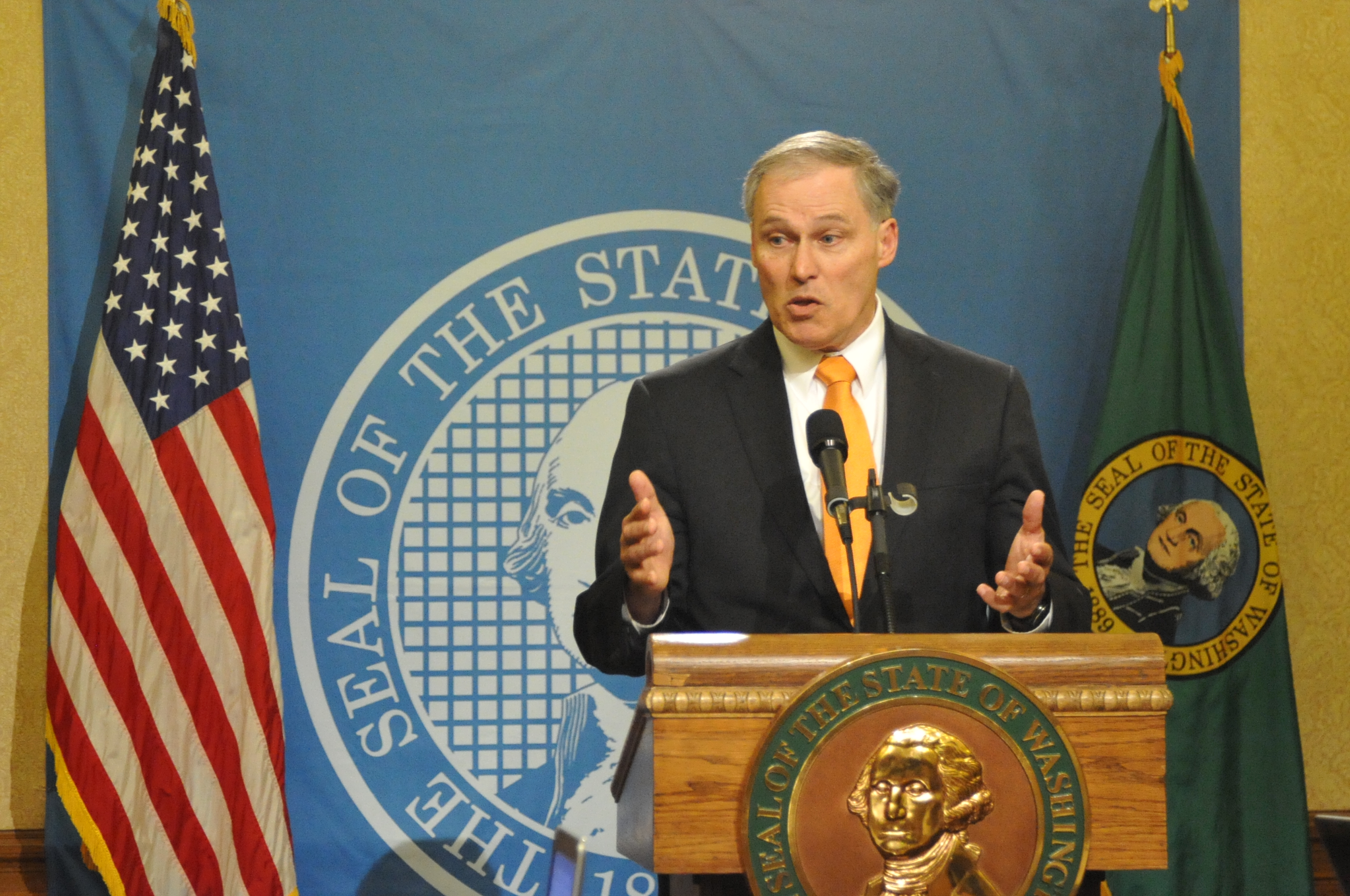 Legislators are working quickly on how to bring back more than two dozen bills vetoed by Gov. Jay Inslee — without creating an opening for political hijinks.

Instead of re-introducing the bills as new measures, which would open them up for debate and require passing them back and forth between the House and Senate, lawmakers are considering simply undoing the governor’s vetoes, through a move called a veto override. The override is widely considered to be the quickest way to get the bills out of the way.

And that would help ensure an early end to the special session of the Legislature called by the governor last Thursday, assuming lawmakers can keep moving toward an agreement on a new budget.

Inslee vetoed 27 bills, essentially making good on a threat to the Legislature to block other measures until they came up with a new budget. Inslee has called the budget the primary responsibility of the Legislature.

Although Inslee originally had threatened to block all bills, he signed 10 that he said were important to law enforcement, public safety and public health.

While it requires a two-thirds majority in both halves of the Legislature to override a governor’s veto, a key feature of the veto override is that it wouldn’t allow amendments to the bills. Sen. Sharon Nelson pointed out that in any other form of bill consideration, one amendment could drag the entire Legislature back into a new debate about a bill that had already passed. And it only takes one lawmaker to launch an amendment.

Nelson, the Maury Island senator who leads the Democratic minority in the Senate, said her side along with Senate Republicans and legislators from the House of Representatives had been talking with the governor over the weekend about the idea. All sides seemed receptive to it, she said.

“It just makes more sense to leave [the bills] as they are today,” Nelson said.

Senate Majority Leader Mark Schoesler, R-Ritzville, confirmed that the veto override strategy was under consideration as the most efficient way to move past the vetoes.

Lawmakers, in theory, have three main options for what to do about the vetoed bills. First is doing nothing, passing a budget and adjourning without taking action on any of them. Second is re-introducing them essentially allowing the governor’s cancellation of them to stand, but drafting new bills with the same language and passing those instead, at the risk of debates over any amendments. Re-introducing the bills, on the other hand, would mean starting all over with them, including sending them through committees in both the house and senate, where legislators would have ample opportunity to attach their own amendments to them. The third option — overriding the vetoes — would be like an ‘undo’ button: It would cancel the governor’s veto, enacting the bills with no changes.

All the bills passed with strong bipartisan support anyway, so obtaining the two-thirds majorities for an override would likely be straightforward. Potentially, the Legislature could resurrect all 27 vetoed bills in a rapid-fire string of votes, likely in a single sitting.

Included in the bills were a measure reallocating surplus funds to affordable housing, worth about $72 million; a measure giving the city of Seattle more leeway to tax annexed districts, worth about $2.7 million; and a measure ordering the state Department of Health to convene a workgroup on patient out-of-pocket costs. All three passed with near-unanimous support.

Even as he vetoed the bills, Inslee said in his late-Thursday press conference that he would be open to signing them if legislators re-passed them after the budget had been finalized.

The planning for the veto overrides comes as budget talks move forward at a pace that has some feeling optimistic about the chances of the special session ending quickly.

The Friday-morning start to the special session saw Republicans release a public version of their budget proposal. By Friday night, House Democrats had returned a modified proposal to Republicans, who themselves returned it to the House Saturday. As of Monday afternoon, Senate Republicans were waiting to receive the latest proposal from House Democrats.

If nothing else, the quick back-and-forth means that communication between the two sides is open and negotiations are moving forward.