State must take the lead in protecting voting rights 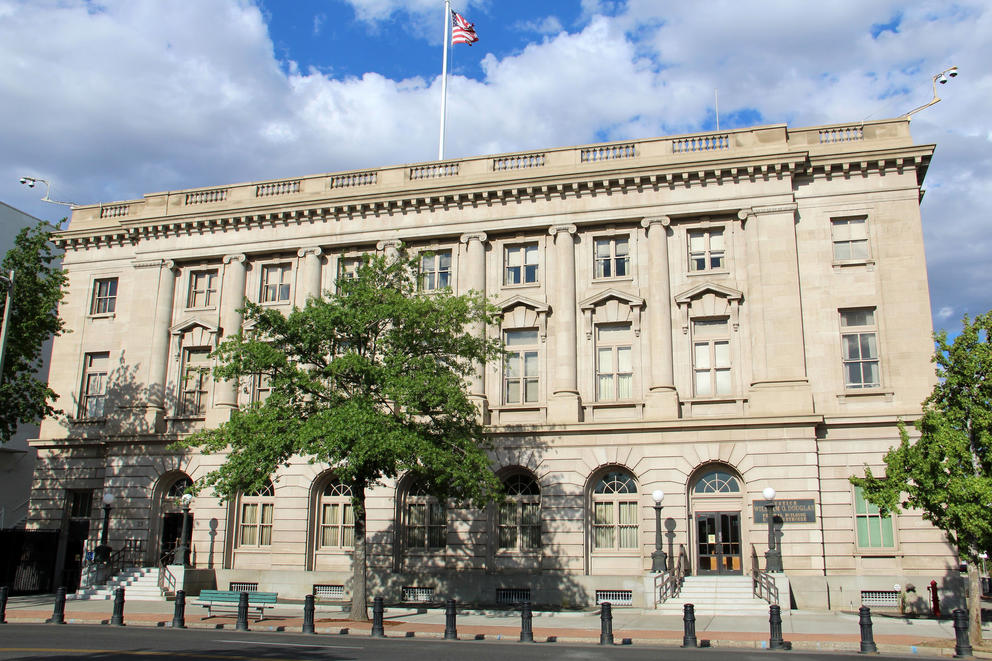 A federal building in Yakima, where a lawsuit brought about federally-imposed changes in voting districts.

I was the mayor of Yakima when the city was sued by under the federal Voting Rights Act in 2012. Two years later, a federal judge found our city’s winner-take-all, at-large elections fostered vote dilution among Latinos. A federal judge said the system was favoring whites in a city that is over 40 percent Latino. As a result of a court order, Yakima’s election system now exists in a state of receivership with the federal government. The city is segregated into seven exclusive electoral districts, and no longer has any citywide elected representatives.

And yet, Yakima’s city council maps are decidedly lopsided now. In the November 2015 election, only 428 citizens voted in one district created for Latinos. In another district, created for mostly whites, 2,906 ballots were cast.

This year Olympia has an opportunity to strike a balance between giving all voters a voice in local elections — while still protecting cities, counties and certain boards from overbearing litigation. We need to pass the Washington Voting Rights Act (E2SHB 1745).

In 2015, I testified in Olympia in favor of the act. I urged amendments that give local jurisdictions the clear ability to change their election systems, so as to solve issues such as the disenfranchisement of minorities. The idea is to resolve issues before going to court. I am happy that this amended bill is now in our state Senate.

Take it from my experience: avoiding litigation at any level is a good idea. The WA VRA creates incentives to build fair voting systems. And the solutions are in the hands of the local community — unlike in Yakima’s case, where a problematic redistricting scheme, with the help of current state law, was imposed from outside.

These districts — scattering some voters in one place, while packing them into others — were created by the Seattle law firm representing the plaintiffs. This voter disparity, and how it was imposed on Yakima, should be a cautionary tale to other communities in our state. It is one reason I am urging the passage of the passage of the WA VRA.

A governing body can clearly let go of the liability of the winner-take-all system of at-large voting, which can foster minority exclusion. A recent opinion by our State Attorney General stated that localities can do this. However, the paper warns there is still potential exposure to the federal VRA. It recommended that state law be clearer on the ability to change systems, and the WA VRA accomplishes this with clarity.

Under the act, if there seem to be minority underrepresentation issues, a city can and should redistrict in a collaborative and open way — even if there is no action brought forth by an interested party. However, if there is a notice submitted through the WA VRA that initiates a change in voting systems, and people are satisfied with the resulting change, no legal action may be brought in state court against the local government for four years alleging a violation. If the local government doesn’t respond or fails to reach a satisfactory resolution with a petitioner, a claim under the WA VRA could be filed in a county superior court 180 days after notification.

The bill also provides an option for modified at-large voting systems. Yakima requested such a system with its settlement. However, the plaintiffs adamantly opposed this option provided by the federal VRA. The judge ruled that state law did not allow this proven solution for minority vote dilution.

One of the reasons we wanted two at-large seats, along with five single-member districts, was because of concern over lopsided districts. As stated above, these disparities came true.

More than 100 cities, school boards and other jurisdictions in our nation, many of which have faced VRA challenges, use the constitutionally protected flexibility of a modified at-large option to avoid the complicated and contentious issues surrounding districting. Basically, it means the top two vote getters win the election for the at-large seats. Modified at-large provides every voter in the city — no matter where they live — an equal voice in council elections.

We always need to be looking at the effects of public policy, and it’s fair to scrutinize Yakima’s court-imposed 2015 election. However, I am by no means looking backward. I am happy to stand with the current Yakima City Council and their support of the WA VRA. I also applaud last year’s unprecedented civic engagement effort directed at our city’s Latino community. As the numbers suggest, much work is still needed to move forward with boosting voter participation among this growing part of our whole community.

Instead of more lawsuits, local communities should have the clear ability to decide what kind of voting works best for creating equal opportunities for voters from all walks of life. The issue of voting rights is a new dynamic affecting governmental policy in our state. There is no use hiding heads in the sand. No more time should be wasted while Pasco, Wenatchee and other places are currently vulnerable to a situation similar to what happened in Yakima. Let’s finally pass the Washington Voting Rights Act to move forward in our increasingly diverse state.