"Disqualifying conduct" rarely an obstacle for fired police to get rehired 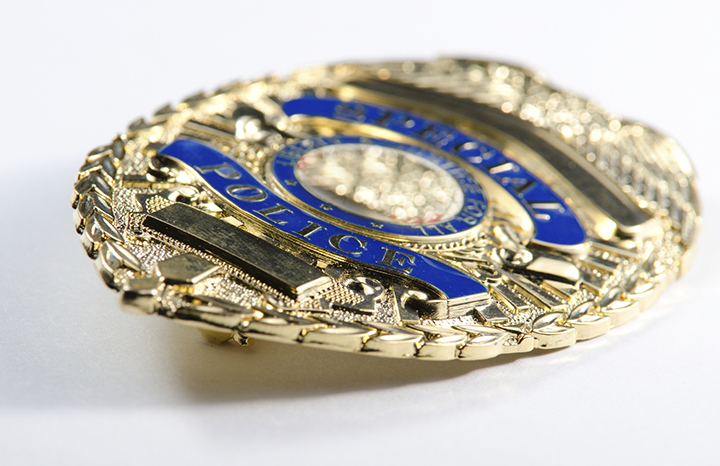 Officer James Scott was asked to resign as the head of SPD’s mounted patrol — the department found he was using the force’s horse facilities and equipment as if it was his personal stable, feeding his own horses with taxpayer-hay. He also took SPD all-terrain vehicles for his own use, the department found, cruising around with his wife for the weekend.

Before the ink was dry on his 2014 separation, the Tacoma News Tribune reported, Scott landed another job in Orting, a small town southeast of Puyallup.

Officer Christopher Dearth was fired in 2015 from the King County Sheriff’s Office for getting drunk on his boat, leaving his gun on the dock and, when confronted by Tacoma Police, assaulting an officer. Although he was not charged with any crime, Sheriff John Urquhart fired him for "conduct unbecoming" and "conduct that was criminal in nature." Dearth was also free to pursue work as an officer elsewhere. Word is he found a job on a reservation in the state.

In Washington, officers dismissed for cause are usually free to seek work with other departments, and stories of dismissed officers finding new positions work constitute the norm, rather than the exception. Of 229 officers who left their departments because of potentially “disqualifying misconduct” since 2011, 178 were free to work as police officers in another department, according to records obtained by Crosscut. That means that more than 75 percent of officers who were viewed as unfit in one department could apply for a job just down the road, often in small towns like Orting.

And because of the economics of hiring an experienced officer versus a rookie, their odds of getting the job are good.

In most professions, of course, being fired does not end your career. If you’re fired as a machinist at Boeing, you can be a machinist somewhere else. But police officers have unique powers: They can deprive someone of their freedom, they can use violent force, and, if seen as justified, they can kill.

“We have the power of life and death,” says Sheriff Urquhart.

When officers graduate from the police academy in Burien, they are handed a slip of paper that says they can be a police officer. This certification allows an officer to move fluidly from department to department without needing to become an officer all over again.

And just as officers are certified at the academy, they can also be de-certified. Whenever a sworn peace officer is let go for cause, the respective departments are asked, “Is this agency aware of conduct that may fall under the meaning of ‘Disqualifying Misconduct?' ” If the box is checked yes, the academy – officially the Washington State Criminal Justice Training Commission – opens its own examination of why the officer was fired or forced to resign and whether they should be allowed to work again. Similar systems exist to varying degrees in most states. Only California, Hawaii, Rhode Island, Massachusetts and New York have no authority to take away an officer’s license or certification.

But as the numbers suggest, de-certification is relatively rare. Examiners at the academy are restrained, as they must make their determination based on guidelines within RCW 43.101 of Washington state law. All the reasons an officer can be de-certified are contained in only eight lines, boiling down to felonies, dishonesty and possession or use of drugs. Over the last five years, 51 officers have been decertified: 29 for making false statements or being untruthful; four for drug possession; and the last 18 for felonies.

“A common misconception is that if an officer is fired, they are also decertified,” says Sue Rahr, executive director of the academy. “But that’s not the case...It’s a very, very narrow range of behavior that causes an officer to lose their certification.”

This list leaves some pretty glaring holes. “If an officer is terminated for excessive force,” says Rahr, “that’s not a reason to be decertified.” Ian Birk, the officer that shot Native American woodcarver John T. Williams in the back — the final straw that spurred the Department of Justice’s investigation into the Seattle Police Department — was not charged with criminal conduct. As a result, he couldn't be decertified.

“It’s frustrating to us,” says Urquhart. “It is what the law is, but I certainly think the law could use some fine-tuning. The issue is, who do we want to be police officers in the State of Washington?”

One might imagine that if an officer is fired in one place, it might be difficult for them to get a job somewhere else. But as departments across Washington State struggle to keep their staff numbers up, hiring certified officers becomes much more attractive — and much cheaper — regardless of their baggage.

The wait time for a new recruit to get into the academy is between four and six months. Once enrolled, he or she has to go through five months of training at the academy and then usually another four within the department. Assuming the recruit passes, which is not a guarantee, that’s more than a year between hiring a recruit and having a police officer.

Meanwhile, as the recruit is going through training, departments need to pay his or her salary. In total, a new recruit will cost a department around $40,000 before ever going out on a call, according to Urquhart.

Lateral hiring – getting a certified officer from another department – starts to look pretty good because of this. This is especially true for the smaller departments without the budgets of SPD or KCSO. “We’ve had a couple people fired here,” says Urquhart. “One went to Bonnie Lake, the other went to Algona.”

One-time Tukwila Officer Nicholas Hogan went to Snoqualmie after he was fired for targeting African Americans for enforcement. Last October, he was in hot water in his new post as well, allegedly for having an affair with the wife of another officer. He received a 20-day suspension.

“If I’m going to fire someone for cause, I feel they should not be a police officer, nine times out of ten,” says Urquhart.

But as it’s written, that’s only the case two times out of ten.