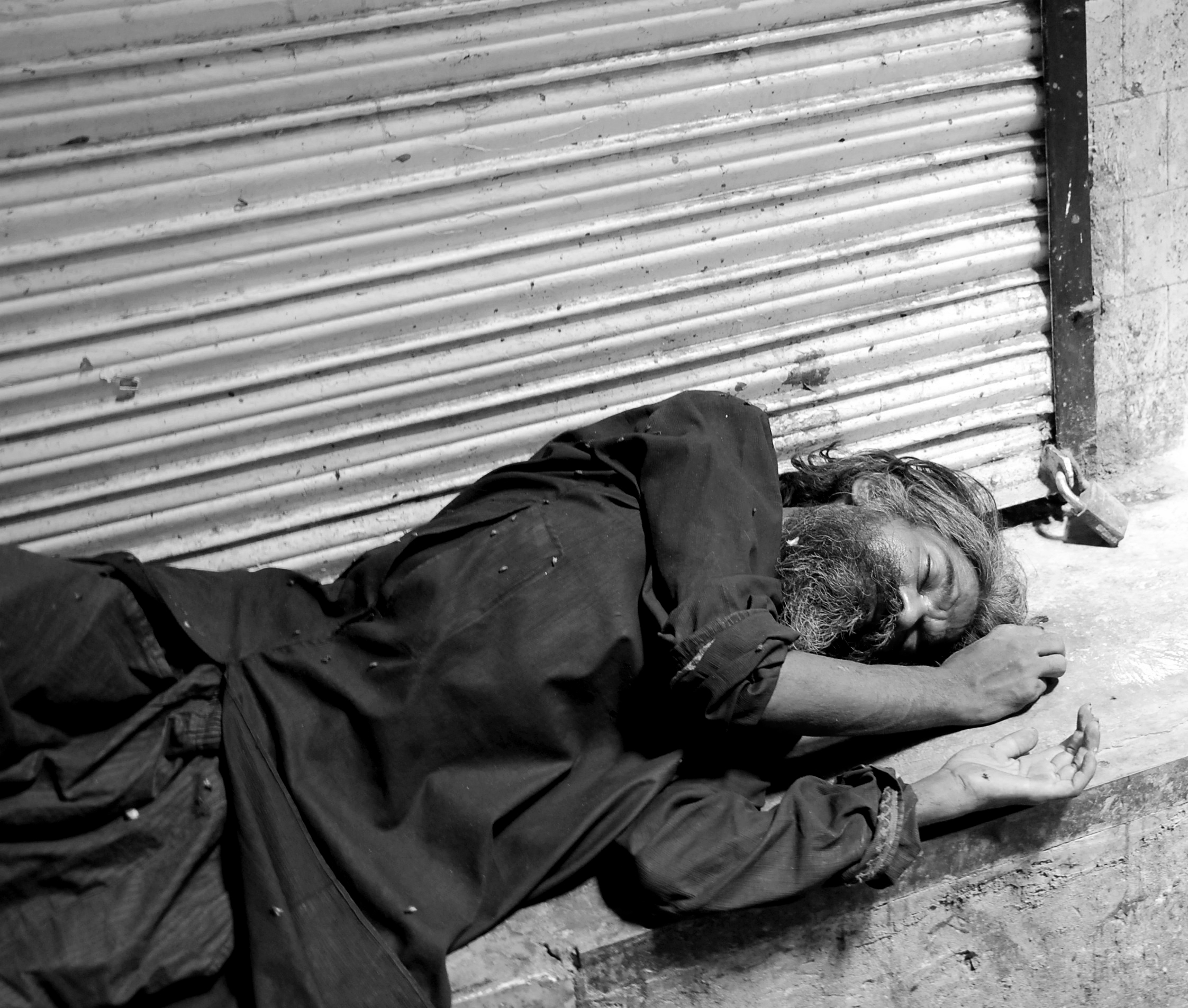 Only one in three heroin users have stable housing. The other two are either homeless, on the verge of being homeless or in jail. So as one wades into the question of the so-called heroin epidemic, they will find themselves knee deep in questions of shelter as well.

The magnitude of both issues has overwhelmed the city, as the number of homeless continue to rise. In response, a pivot toward integrating the most effective approaches to shelter and addiction treatment is the Next Great Hope, inspired in part by what San Francisco is doing with 24-hour shelters and medication-assisted treatment.

It could be a beautiful thing when painted perfectly: Referral sites for the homeless and addicted across the city, each leading to easy access to buprenorphine (a drug to hold addiction at bay) and 24-hour shelters, where people can stay for days as they stabilize their addiction and establish a routine before moving into permanent housing.

It’s also a model that depends on a shift in thinking toward providing “what they want and need, not what we want to provide, ” according to Mark Putnam, the director of the countywide homeless reduction effort All Home. We may have our own hopes for these people, but when it comes to, for example, sobriety in shelters, our hopes may not be effective.

Among the homeless, shelter hours and requirements do not always match realities. “They hand you a slip of paper with a list of shelters,” said Fannie Kaufman, 70, earlier this year as she wrapped herself in a wool blanket beneath the Yesler overpass. “You got to get in by 4 or 5. For people like me who have a hard time remembering things, that’s hard.”

People like Kaufman often get tagged as “service resistant.” But they’re not resisting help as much as they’re resisting shelters they see as impractical, uncomfortable or ineffective. As Mayor Ed Murray moves to close the space beneath I-5 known as the Jungle, this will inevitably come up.

And among addicts, the problem has been treated more as a choice than a disorder, the emphasis landing on 12 step programs and treatments that put the onus on the addict. “We get too focused on the people failing treatment, not the treatment failing people,” says Dr. Caleb Banta-Green of the University of Washington.

With these old school models come expectations for the homeless or addicted to keep track of the time or follow the rules of treatment programs. But “being homeless and being a heroin user both mean you are living in chaos and trauma all the time,” says Banta-Green. Just fighting off that chaos is hard enough.

The intrigue of creating a system based on more consistent shelter and buprenorphine is that neither represents a fix, exactly, so much as they represent respite and stabilization — springboards toward the actual solution.

Last week, a delegation from Seattle, led by Councilmember Sally Bagshaw, trekked to San Francisco where such a system is in its infant stages. The city’s Navigation Center has quickly become the model for more permanent shelter. And a collaboration between San Francisco public and behavior health departments and local hospitals established the Integrated Buprenorphine Intervention Services (IBIS). There’s movement toward this system, says Bagshaw. The problem? “I don’t think there’s anyone in charge.”

There is no magic bullet to addiction, but for heroin, buprenorphine is as close as it comes. When longtime addict Desirae Downing, 33, connected with prescriber Dr. Matt Perez in a North Seattle Neighborcare Clinic, it was the first thing that worked for her in nearly twenty years. “It’s like a miracle drug,” she said earlier this year.

“If this medication was freely available,” says Banta-Green, “it would at minimum cut deaths in half.” In his research, Banta-Green has found that 70 percent of heroin users don’t want to be using. Buprenorphine could be the out.

But only waivered physicians may prescribe buprenorphine and they are limited to 100 patients. And even those allowed to prescribe the drug often do not. According to a 2014 study, doctors fear that they lack psychosocial expertise on addiction, don’t have the time to spend with addicted patients, do not have specialty backup and, simply, don’t believe they can be a good doctor to addicts.

Banta-Green takes it a step further. “Doctors are no different than anyone else,” he says. Personal experience “shadows and shades everything they do,” meaning there is a twinge of judgment toward addicts not seen toward other disorders. “How many doctors would you go to who say, ‘I don’t talk about mental health’?”

Councilmember Bagshaw admits she’s on a “straight up learning curve” regarding “bupe” as it’s called. She first heard about it a year ago from King County Prosecuting Attorney Dan Satterberg, though it’s been around for more than a decade. “I’m all over this to see how many of these (clinics dedicated to prescribing buprenorphine) we can get set up,” she says. “Because if we can get these set up and get 24-hour shelter set up…we can make a huge difference.”

While federal loopholes will be slow to change (Banta-Green worked in the White House and is not holding his breath) getting more doctors to prescribe the drug could spread the burden a little wider.

Finding patients interested in getting on bupe is relatively easy. In San Francisco, contact is made at needle exchange sites or homeless outreach teams. The difficulty with buprenorphine is getting patients “inducted” — letting the bupe take hold. For one, patients need to be in withdrawal. The drug works by bumping opiates off brain receptors. If still actively using heroin, the brain will fight back, throwing the patient into violent withdrawal. By entering moderate withdrawal, that replacement goes a little more smoothly.

In the first week of treatment, patients generally have daily appointments. It takes about two weeks to establish a stable dose of the drug. This is a precarious period, one that is significantly more challenging without a consistent place to stay.

Getting people out of unsafe encampments like the areas beneath I-5 and into service is the linchpin of Mayor Ed Murray’s homeless strategy. But people are consistently unwilling to enter services. “People are herded in and out and they can’t come or go,” says Putnam. “If they have a partner or pet, they can’t sleep together.”

The key to San Francisco’s Navigation Center is that there are few rules. As a result, says Putnam, people are far more likely to accept an offer of shelter. There are a number of obvious benefits to staying in the same place night after night, including devoted time to finding a permanent home and, for the purposes of the heroin epidemic, a place to stabilize.

The major challenges on all of this are leadership and buy-in on the part of service providers and policymakers. The mayor’s office shortly will hire a director of homelessness, something Bagshaw supports as a first step toward getting all the departments on the same page. “Candidly,” says Bagshaw, “I want that person to work with me,” imagining herself as the leader on the council.

How much influence City Hall exerts on service providers will surely be a point of consideration. Bagshaw takes example from Houston, Minneapolis and Salt Lake City, all of which tend to award grants based on the agenda of the city, rather than the providers.

Is there a broad appetite for a greater focus on harm reduction? When asked if there was growing support for what's needed as opposed to the more prescriptive models, Putnam says he is seeing a shift, but "not across the board. Majority of what we fund is a little bit [prescriptive], if not entirely."

Banta-Green says there's "definitely a mindset shift that I have seen particularly among public health officers," toward treating addiction as a public health hazard. But many people, he says, still resist the idea of fighting drugs with drugs. And after decades speaking about opiates, he's tempering any optimism.

Homelessness and addiction are not synonymous. But they are cousins. And the ways of thinking about treating both simultaneously has begun to shift. "They’ve behaved their way into it," says Banta-Green of heroin users, "but can’t behave their way out; They need easily accessible, impactful services and supports."