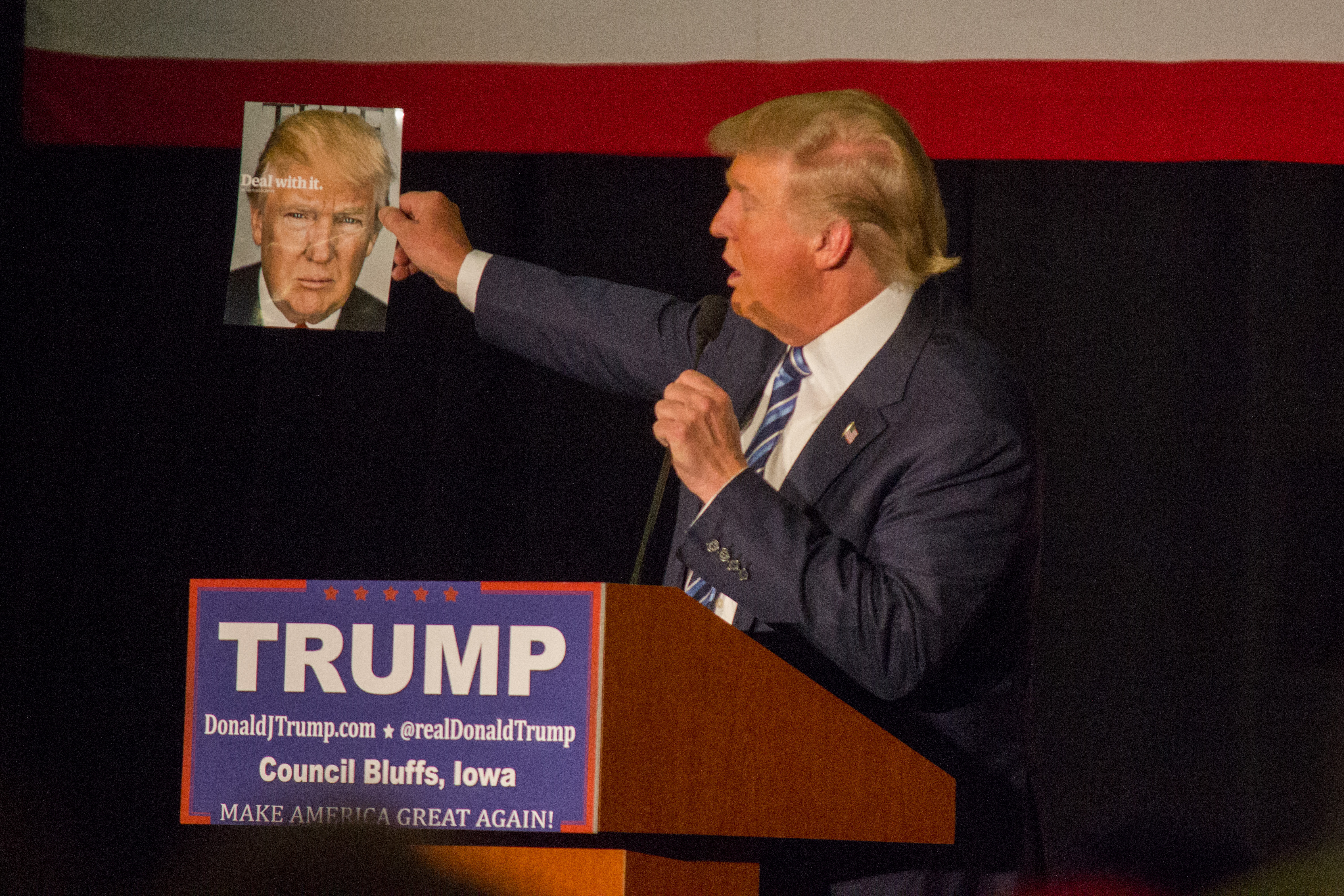 Only earlier this week, the University of Washington College Republicans were bracing for a contested political convention to determine their party’s standard bearer for the presidency. A gathering on Wednesday night, however, found many coming to grips with a new reality, following Trump’s decisive win in Indiana and the departure of his two remaining primary opponents from the race.

Like members of their party nationwide, many of the group are struggling to unite behind Donald Trump. They’re Republicans, and Trump is the Republican nominee. Some supported Trump all along, but it’s not clear if the rest really want to back him.

“Things changed so fast in 12 hours,” says group president Jessie Gamble, originally a Rand Paul supporter. “We went from ‘We don’t know who we’re endorsing, we can’t take an official position’ to ‘Here’s Trump, get ready.’ And Trump’s one of the most toxic names you can say on this campus.”

This gets to one big problem for the group, whose goal is to advance the Republican Party at every level of government. Even if they support their party’s new leader, it’s not clear if they want to be open about it. According to one attendee at last night’s meeting, “I don’t think I’m going public because I want good grades.”

UW’s College Republicans had their own poll days before Senator Ted Cruz and Ohio Governor Kasich dropped out. Among their members, Kasich won.

“I do not like Trump as a person, but I would vote for him over Clinton. As a Republican, his policies more align with mine,” said UW College Republican secretary Amanda Schaffer, a former Cruz supporter.

“Our club supports whoever the Republican Party ends up nominating at the convention in Cleveland," says Allsup. "We believe that will be Donald J. Trump.”

He’s supported Trump for a long time, thanks to Trump’s positions on the Iraq war, immigration, and his tough talk against ISIS. He’s not alone.

UW College Republican Evan Wallesen says Trump’s “lack of political correctness is my favorite thing about him,” and that he wants other countries to “fear us.” Forrest Taylor, another College Republican at UW, supported Trump from the beginning, partly due to his stance on immigration. He claims that 63 percent of homicides in Texas were committed by illegal immigrants. According to Politifact, the real number is much lower.

Taylor and Wallesen spoke about their attempts to alleviate the fears of immigrants and others about a Trump presidency. They both believe he’s not as dangerous or extreme as the media has suggested.

But some members of the group say they will not vote for Trump under any circumstances.

“Any of the other candidates for the nomination, I would have been proud to vote for,” says UW College Republican Ryan Roulier. “I am struggling to reconcile my conservative values and voting for Trump. He is not a conservative and it is uncomfortable imagining one day having to tell my future children that Trump was the first presidential candidate I voted for.”

While most polls still show Hillary Clinton leading Trump nationwide, a recent Rasmussen Reports poll showed Trump leading Clinton by two percentage points. Gamble cited this poll to indicate that the disarray on display within the Republicans was shared by Democrats as well.

“Everyone in the media’s like ‘Oh, the Republican party’s a dumpster fire right now’ then how are we doing so well against Hillary? Obviously it’s two dumpster fires side by side right now,” says Gamble.