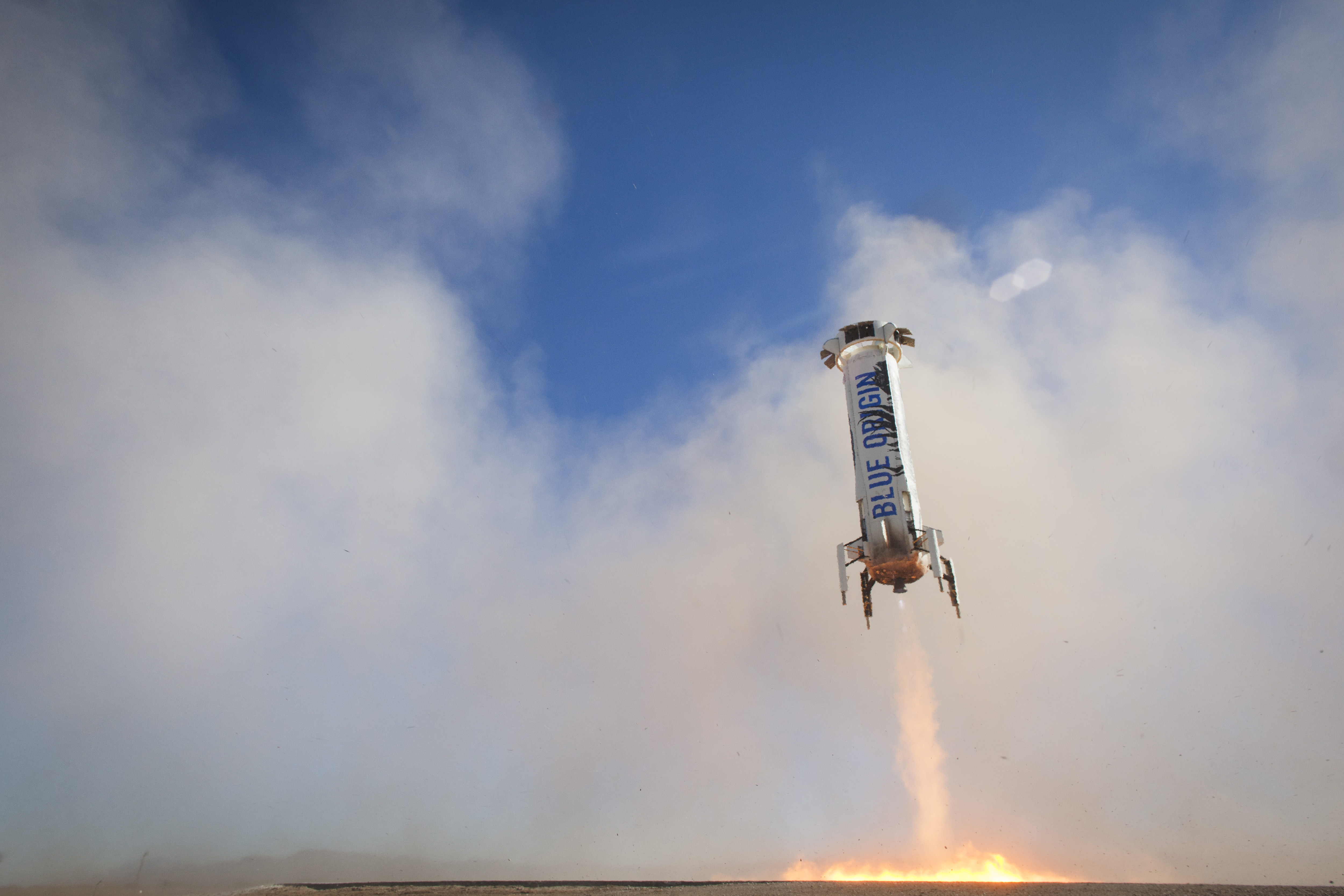 The sky’s the limit on a burgeoning new industry in the Seattle area. No, not even the sky: These businesses have their eyes set on outer space. The region has become a hub for space technology companies such as Planetary Resources, which wants to mine asteroids, and Blue Origin, which builds rockets.

This cluster of local growth is why the NewSpace Conference decided to hold the event in Seattle last week, moving it away from Silicon Valley for the first time in the conference’s 11-year history. The conference brought aerospace engineers, company executives, investors and hopeful entrepreneurs together to talk about the state of the “NewSpace” age and where it’s heading.

Venture capital firms invested $1.8 billion in space startups over 2015, nearly double the amount that had been invested in the previous 15 years combined. But that’s still a small fraction of the total of $58.8 billion in venture capital that was divvied out in the U.S. last year, or even NASA’s 2015 budget of $18 billion. Which is why over the course of Thursday, the last day of the conference, it became clear that the field of NewSpace is still trying to convince the world that space companies can actually become economically viable endeavors.

Coined in the late 1990s, the term NewSpace refers to private companies working on pretty much anything related to the universe above our own atmosphere, from satellite communications software to technology that may someday allow us to colonize Mars. It represents a decided break from the decades-long framework of space exploration being a predominately government-fueled affair.

Even while SpaceX paved the way for more NewSpace companies to come onto the scene, there has still been a sizable hitch to the growth of the “ecosystem” at large: “In our industry, there are few people who have ever made money,” said Christopher Richins, CEO of RBC Signals, a Seattle-based company that develops satellite communication infrastructure.

So far, it’s largely been a field for founders of unicorn tech companies who have had the capital to support their space interests: household names such as Elon Musk, Jeff Bezos, who founded Blue Origin, and Paul Allen, who launched Stratolaunch Systems as a subsidiary of Vulcan Aerospace.

But enthusiasm alone doesn’t get that rocket to fly for the rest of us. “As passionate as many of us are about space, you don’t get a pass because it’s cool — there has to be a market there,” Richins said.

Still, this hasn’t deterred many of the others who were at the conference. When asked for a show of hands for those who considered themselves current or aspiring space entrepreneurs, the majority of the about 150 audience members (who, as you might guess, were majority male and white) raised their hands.

But ultimately, whether they succeed might have more to do with their business chops than their engineering ones.

Right now there are a lot of solutions looking for problems, Sunil Nagaraj, Vice President of investment firm Bessemer Venture Partners explained at a panel on Thursday. If they want to get funders interested, the “single biggest thing a space entrepreneur can do is point to customers who want [their product],” he said. Figuring out customer needs, however, can be difficult for those who are obsessive enough about space to want to devote their lives to such a challenging, competitive, esoteric field.

“Maybe we’ll start a kickstarter for ‘get out of the lab, go talk to some people’ t-shirts,” joked Jeff Matthews, Director of Venture Strategy and Research at the Space Frontier Foundation, the organization that hosts the NewSpace conference.

In order to succeed, NewSpace companies just might have to put their dreams of making the moon the “eighth continent” on the backburner and find some projects with more direct applications.  “I think that’s the key for any of these businesses, that you have some path that doesn’t require decades before the first revenue,” Richins said.

But the customers could indeed be there. For example, panelists pointed to the need across many sectors for software that allows us to make better use of the huge amounts of data potentially available from the more than 2,000 satellites that are already in orbit today. Or for additional satellites that can help with communications or collect data targeted for remote sensing, meteorological, or military and defense applications, and more cost-effective ways to launch them.

The established satellite sector has already shown that it’s an area where it’s possible to make a buck, generating a total annual revenue of about $250 billion. Which might explain why the satellite filed is growing so fast, having launched 35 percent more satellites per year over the past five years when compared to the five years before that.

Perhaps the future of NewSpace rests in the ability of space entrepreneurs not shoot for the stars but, at least for now, to redirect their gaze back down to the world. As Jane Poynter, CEO of near-space exploration company World View Enterprises, reported, most of the astronauts she’s talked with came back to earth only to realize, “I thought I was going into this great unknown, but what I really discovered was planet Earth for the first time.”