At Hanford, a chance for a fuller telling of atomic history 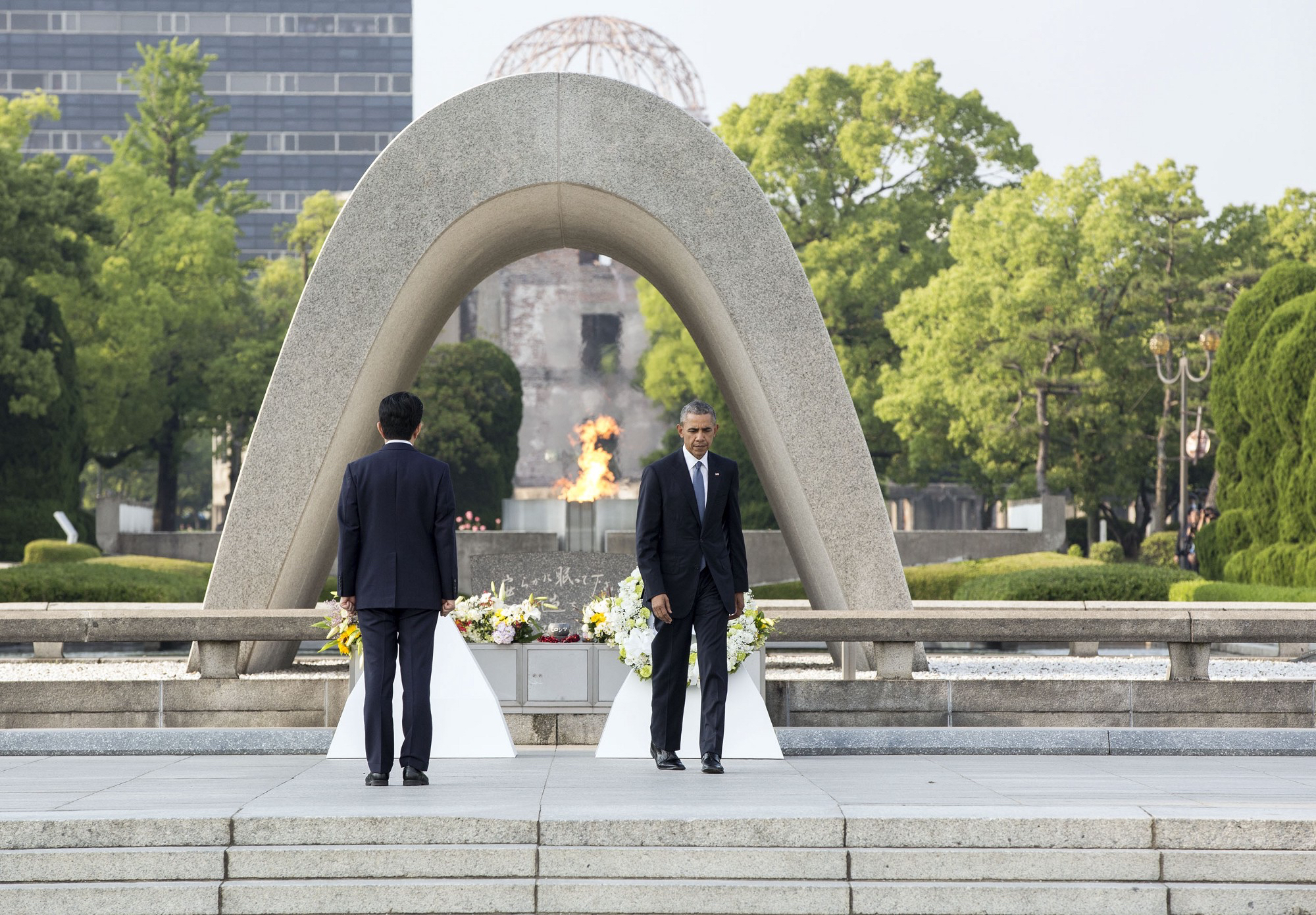 In a Hiroshima restaurant one evening last fall, a Japanese peace movement leader and former mayor leaned toward me with a frown and asked, “Do you know what they are doing in your state?”

I was there to follow up on years of interviews with Hiroshima and Nagasaki's bomb survivors. Thirty years earlier, the former mayor, Tadatoshi Akiba, had played a key role in a grant program that started me reporting on the legacy of the final days of World War II. He is someone who I look up to.

I thought somewhat frantically about what might be happening back home in Washington state. Was there some build-up at the Bangor nuclear sub base? Something afoot at Joint Base Lewis McChord? Finally, I asked him what had offended him. His response: The new Manhattan Project National Historical Park, marking the effort to create the atomic bombs that were dropped on Hiroshima and Nagasaki. One of the three main centers for the park is at Hanford in central Washington, which produced the plutonium for the bomb secretly tested in New Mexico and the one dropped on Nagasaki.

As many see it — and not just in the Japanese city that President Obama just visited — the park is inevitably a celebration of nuclear weapons, weapons that wreaked indescribable destruction and death. It is both a real concern and a very natural reaction, because we think of parks as places of recreation, often as spots of unrivaled natural, even spiritual power.

And we do use historical parks to celebrate historical events: On the East Coast, there’s the Independence National Historical Park with the Liberty Bell and Independence Hall. Here in Seattle, we have the Klondike Gold Rush National Historical Park. In St. Louis, there’s the famous Gateway Arch, part of a National Park Service unit that, no matter how much historical context is added, surely started out in the 1960s with an element of the victors’ celebration of the taking of Western lands from their tribal owners.

If the winners get to write history, the losers are always at risk of being remembered as only collateral damage — including the hundreds of thousands of children and civilian women and men who tragically died in Nagasaki and Hiroshima.

After Congress passed the legislation establishing the new park in late 2014, U.S. Sen. Maria Cantwell said, “Creating the Manhattan Project National Historic Park will open the doors for millions of Americans to learn about the scientific achievements made at Hanford.”

An editorial from the Tri-City Herald was nothing but celebratory: “Our country’s accomplishment to construct the first full-scale nuclear reactor at the Hanford site in the race to build a nuclear bomb was an amazing feat of engineering and ingenuity."

Earlier this year, the National Park Service held a session in Richland to get the perspectives of people in the area around Hanford, where the plutonium for the Nagasaki bomb was produced. The Tri-City Herald editorial page spoke respectfully of Japanese concerns but also urged local residents to turn out and share their perspectives, including the belief that the bombings ended the war.

Given the enthusiasm for the park around Hanford, it may not have been necessary to urge their voices be heard. But residents of the area, and Eastern Washington as a whole, are hardly of any one view about the project or its aftermath, which have included long-term environmental health, cancer cases downwind from the Hanford Nuclear Reservation and recent illnesses among workers.

Tracy Atkins, the interim superintendent for the Manhattan Project park, said in a recent phone interview that many of the commenters at the Richland meeting did have “some particular perspective” on the project and the bomb. “But probably a majority of them wanted balance,” she said.

That’s exactly the National Park Service’s intent, she said: to present the difficult questions along with the facts. Atkins knows that there is lingering skepticism among peace activists and the Japanese about the ability of the federal government to present a balanced account of the bombings, in part because a Smithsonian exhibit of the Enola Gay, which dropped the Hiroshima bomb, had to be radically changed under pressure from veterans groups and politicians who felt it was paying too much attention to the casualities and too little to the bomb’s supposed role in ending World War II.

Atkins says the Park Service has developed lots of experience in presenting difficult historical issues, including the civil rights struggles of the 1960s and the Civil War, in ways that get to the heart of the matter without trying to tell people what they should think.

And park service officials do seem to be taking the concerns about possible “celebration” seriously. After a letter from the current mayors of Nagasaki and Hiroshima expressed worries along with a hope that a park could contribute lessons for peace, Atkins and another Park Service official met with Japanese diplomats. She said National Park Service Director Jonathan Jarvis and several staffers also personally toured an American University Museum exhibit displaying items from the Hiroshima Peace Memorial Museum and Nagasaki Atomic Bomb Museum last year, afterward describing it as “incredibly powerful and emotional.”

When the interview with Atkins was ending, I asked her in as polite language as I could muster about what she would say to my friend or others concerned about celebrating deaths. “It is inaccurate," she replied. “The purpose of the park is to enhance understanding.”

I felt like I must have presented the question a little too aggressively, making her defensive enough that her response was a bit flat and formal. I didn’t think much more about it, but Atkins must have, sending a follow-up email that invited me to look at the work of the National Park Service in interpreting the Manzanar and Minidoka Japanese-American internment camps. She also sent a link to videos from a November event formally establishing the Manhattan Project park where Interior Secretary Sally Jewell spoke of the need to “learn from our past to shape a brighter future.”

Atkins wrote her own recollection from Jewell’s talk:

Secretary Jewell discussed how the park can more widely tell the human story of the 600,000 people who worked on the Manhattan Project. She teared up as she recalled her mother-in-law was an Army nurse in Hiroshima and Nagasaki after the atomic bombs were dropped. She emphasized, "We are a country that strives to tell the complete story.”

In his speech in the Hiroshima Peace Memorial Park last month, Obama seemed to catch two of the main strands of the stories connecting Hanford and Japan. "The scientific revolution that led to the splitting of the atom requires a moral revolution as well — that is why we come to this place," Obama said. "We have a shared responsibility to look into the eye of history and ask what we must do differently."

Hiroshima has had its own struggles with telling a complete story, revising its museum to take frank account of Japan’s militarism and aggression. That doesn’t make everyone there happy, but it’s an impressively honest approach that has been carried out well. Whether the Manhattan Project park is a good idea or not, the Park Service seems to understand its responsibility to face all the aspects of history with similar honesty.

Posted at 5 a.m. Updated at 10:30 a.m. to correct a detail about events attended by Park Service officials.