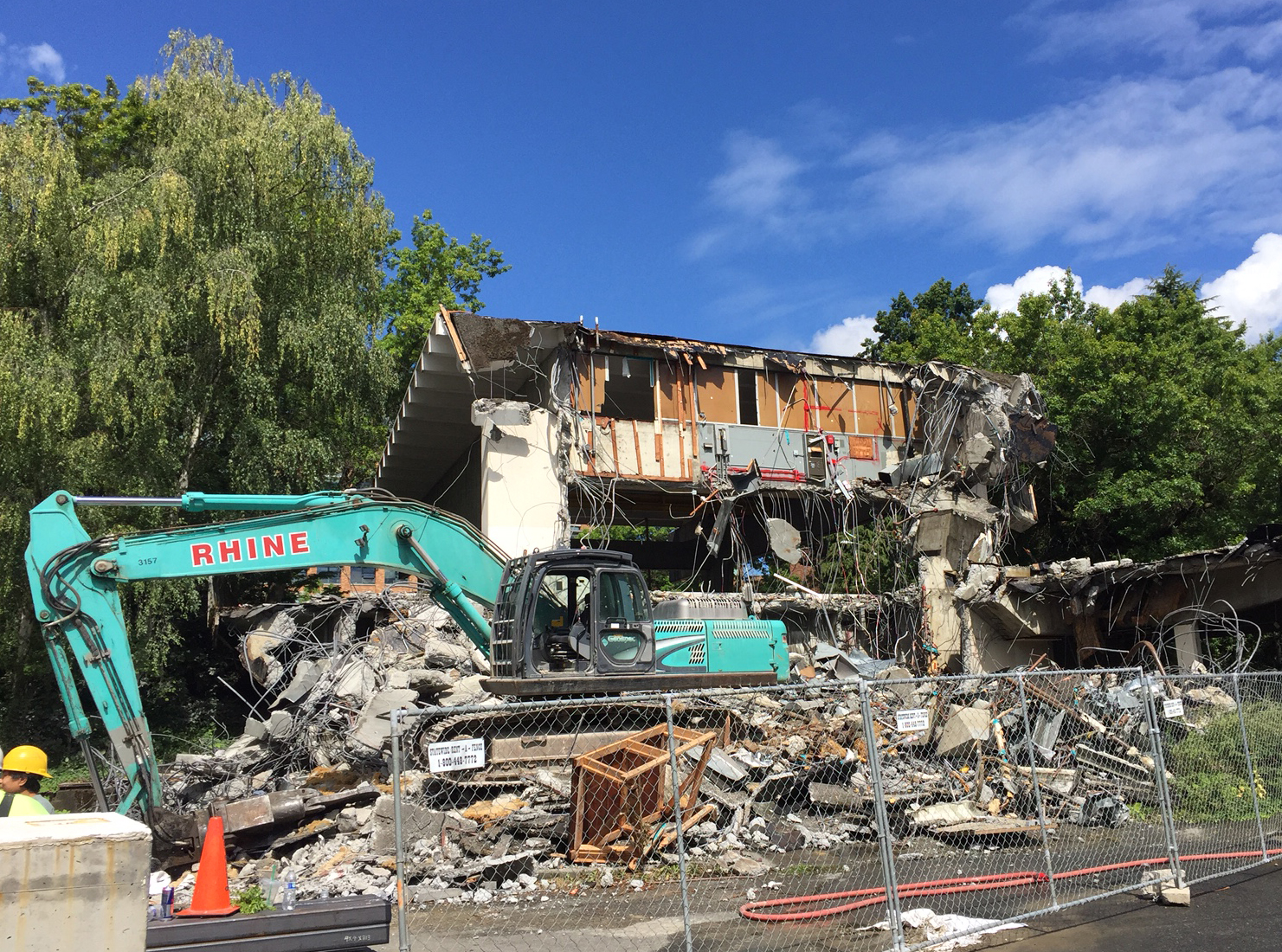 For nearly a decade, students and faculty at University of Washington, as well as Seattle preservationists, have fought to protect the More Hall annex — also known as the “Nuke Building." The structure once housed a small “teaching reactor” on campus for nuclear engineers, and its isotopes helped pioneer nuclear medicine. It was uniquely designed by an amazing group of mid-century modern architects to daylight the “secret” process of nuclear power, and its history was considered important enough that it was able to jump through the considerable hoops to be added to the National Register of historic places.

All that, however, was erased by demolition on July 19.

Some won’t miss it. Casual critics dismissed its looks — its “brutalism” — as unworthy of preservation, as if historic designation is a beauty contest. Still others found it graceful, elegant, and innovative.

The UW was eager to raze the building to expand their Computer Science & Engineering facilities, and undoubtedly cheered the removal of an obstacle of progress. The insistence that the building had to go — a fate advocated before the new CSE facility was designed — turned into a power struggle over the university’s autonomy to do what it wants on its main campus, and its responsibility to preserve significant architecture deemed worthy by city, state and national preservation experts.

To get its way, UW sued the city of Seattle and the small, all-volunteer modernist preservation group, Docomomo WeWA, to block the Nuke Building from getting city landmark progress. This might —not certainly, but might — have prevented its destruction. The UW went all in, challenging the city’s right to impose any development regulations on campus.

That larger question is still unsettled in court. On the more specific question of the Nuke Building, a King County judge found that the landmarks ordinance, as written, does not apply to the university. Thus, while a court appeal by the city and preservationists awaits, UW was able to get a demolition permit and bring the structure crashing down before another judge could make a different decision. The financial costs of staying the structure’s execution were too great, and other appeals to the city over permits were exhausted.

The building’s advocates saw it as unique, even beautiful. It reflected an early-1960’s period of technological and engineering innovation, and brought nuclear science out of the Northwest shadows (and the desert at Hanford) and into the daylight. When it was active, passersby could look through the buildings large windows and see the alchemists at work.

Preservationists argued that it could be saved or incorporated into the new structure, that it could serve as a wonderful way to embody the UW’s remarkable history of science and engineering. Instead, the very people who should have been singing its praises and celebrating its heritage were cheerleaders for its destruction.

The context is important. The arguments for expanding computer science training are well accepted. UW is in the midst of transforming its district into a high-tech hub and incubator, and has ambitious growth plans: there will be more demolitions, more development, more expansion in the near future.

The university is an economic engine that helps drives Seattle, and as one of the nation’s premier public institutions of higher-ed and research, it is a civic 900-pound gorilla with a purpose that can be swathed in high-mindedness. It can also be arrogant, capable of trampling the values it espouses.

The university has argued it is a steward of its architectural heritage — many buildings on campus, perhaps scores of them, could qualify for landmark status. A survey of the campus’ historic structures is currently underway to gather more specifics about that. UW also spends a lot of money to improve and maintain existing historic buildings. The campus, some have suggested, ought to be designated a historic district, which is not a bad idea if you can afford the bills resulting from the legal challenges to that idea.

The bottom line is that the UW does not want to be bound by outside interference, but says it will benevolently safeguard what it deems important, despite the rulings and opinions of the state’s historic preservation office, the city landmarks office, the city’s non-profit Historic Seattle, the Washington Trust for Historic Preservation and the National Park Service.

Maybe so, but in this high-stakes test of that resolve, they have failed.