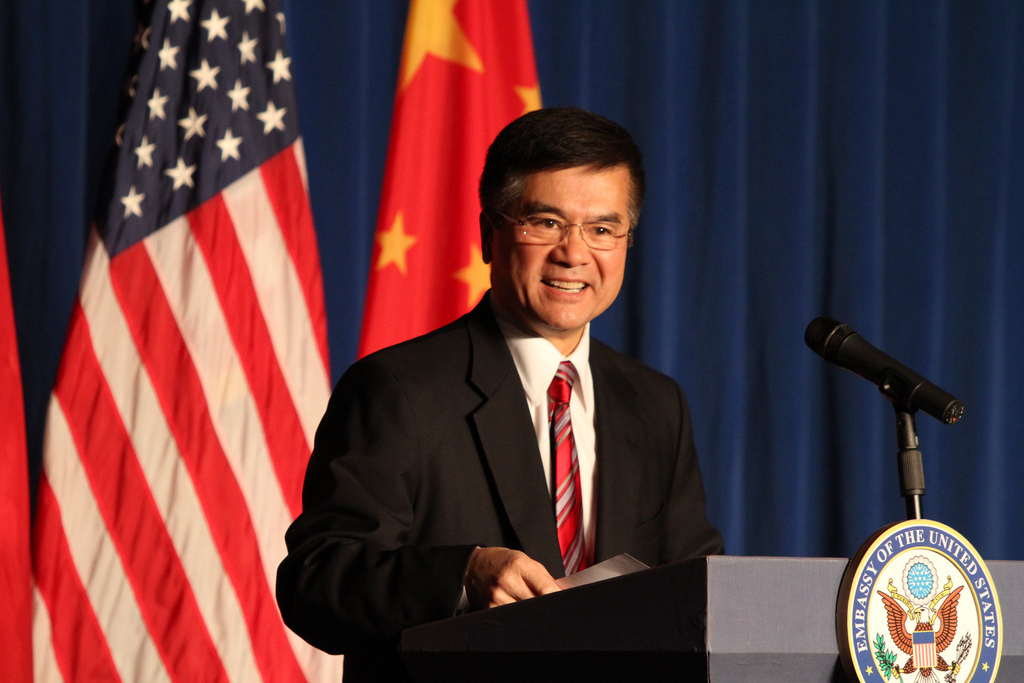 While serving as U.S. ambassador to China, former Washington governor Gary Locke sold his D.C.-area home to a powerful Chinese businesswoman for $1.68 million. The sale, first reported by online news outlet The Intercept, raises serious ethical concerns: The businesswoman and her husband — Huaidan Chen and Gordon Tang— are wealthy foreign nationals from the country where Locke was representing the United States.

These issues are further underlined by Locke’s continued financial involvement with the couple’s real estate firm, American Pacific International Capital (APIC), where he now serves as a senior advisor. APIC currently features multiple pictures of Locke on its website.

“The financial transactions and business dealings Gary Locke has had with Chinese interests while serving as the U.S. ambassador to China is highly inappropriate and violates the trust of public office,” says Craig Holman of Public Citizen, a nonprofit advocacy group focused on government and corporate accountability.

Holman says the sale “gives every appearance that Locke used the ambassadorship for his own personal gain.” Given Locke’s current work with APIC, “The image of a shady relationship has now become an actual business relationship.”

In an emailed statement to Crosscut, Locke spokesperson Roger Nyhus says, “There is no ethical issue as Mr. Locke did not help the company with the U.S. government while he was U.S. commerce secretary or U.S. ambassador to China.”

APIC mostly invests in large commercial properties such as malls, hotels and condo buildings. The purchase of Locke’s home does not fit this pattern. A pattern the sale does fit, however, is its owners’ use of money to curry political influence in the United States. APIC has made financial contributions to Oregon Gov. John Kitzhaber and presidential candidate Jeb Bush, among others. Jeb’s brother Neil Bush sits on APIC’s board of directors.

The purchase of Locke’s home followed a personal meeting in Beijing between Locke and Wilson Chen, a board member at APIC, naturalized U.S. citizen, and brother of Huaidan Chen. Nyhus says this took place during a golf outing, at which others were also in attendance.

During this meeting, Locke complained that his house in D.C. had sat on the market for months, and his real estate broker was disappointing him. The ambassador was “desperate to sell,” Wilson Chen told The Intercept.

This may be one of the instances Chen had in mind when, while discussing his family’s monetary involvement in U.S. politics, he told The Intercept, “The politicians, they always want to ask for help, that’s the natural politician.”

Huaidan Chen proceeded to purchase the home for about $150,000 more than Locke paid for it, five months before he completed his term as ambassador. Three months later, Wilson Chen attended an invitation-only meeting with Locke at the U.S. Embassy in Beijing to discuss real estate opportunities in the U.S., along with some of the biggest development firms from China and U.S.

Reporting on the meeting, the San Francisco Business Times noted that APIC’s attendance stood out, given the firm was smaller than the meeting’s other attendees. One topic of discussion was the regulatory environment around San Francisco’s real estate market, where APIC invests in hotels and other properties. This made the meeting potentially valuable for the firm.

Between the sale of Locke’s home and the insights gained on the San Francisco market at the meeting, Holman says there is evidence that “the profitable business relations served both parties.”

Nyhus says that according to Wilson Chen, Locke did not invite APIC to the meeting, and the company was simply there as part of a delegation put together by the City of San Francisco.

Locke first met APIC president Gordon Tang, whose wife would later purchase his house, at a 2008 ribbon-cutting ceremony for a Chinese factory owned by APIC, according to Nyhus. At the time, the former governor was a partner at Seattle-based law firm Davis Wright Tremaine, which he joined shortly after his stint as governor ended in January 2005. He focused on business dealings in China, and APIC was one of the firm’s clients.

Locke returned to the law firm in 2014 after serving as ambassador, and also launched his own advisory firm, Locke Global Strategies.

Nyhus declined to comment on the amount of money APIC pays Locke, or the number of other firms that have retained him as an advisor.

However, APIC would rate as one of the more unusual organizations with which Locke has associated himself. Its chairman and president Tang went so far as to offer large sums of cash to one of the reporters on The Intercept’s story about APIC, to prevent the website from reporting on rumors that he has been involved with smuggling, tax evasion and bribery in China.

As of 2012, Locke had assets valued between $1.6 million and $7.9 million, according to financial disclosures filed with the federal government. He frequently speaks at conferences as an expert on the ways Chinese business interests can invest in the United States.