Murray pitches next steps for the Jungle and homeless sweeps 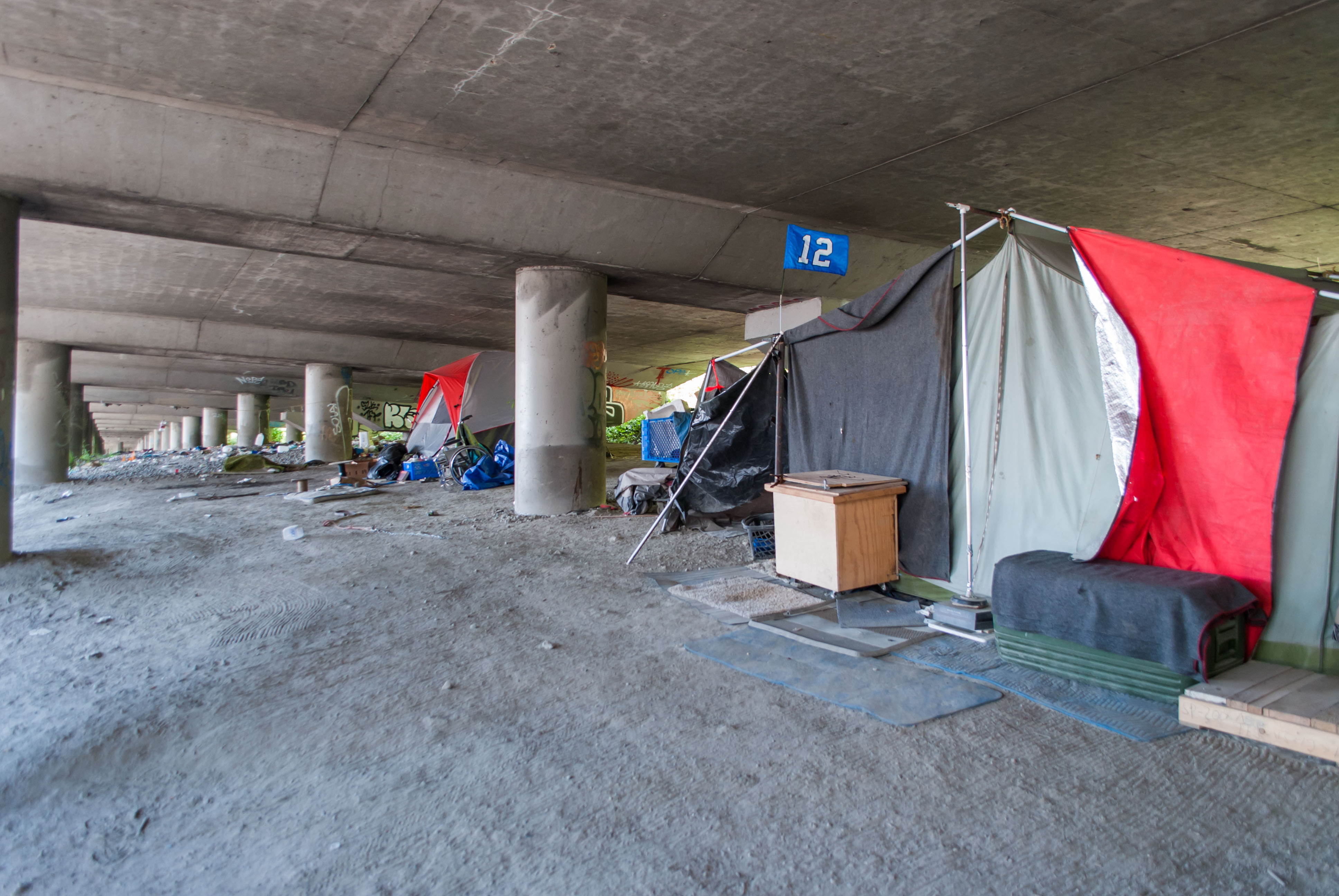 The Jungle encampment under I-5.

There are fewer tents beneath I-5 than there used to be. Several still hug the highway’s pillars, but unlike even three months ago, there is a greater openness to the area known as the Jungle, once home to nearly 400 people. According to Union Gospel Mission, which is conducting outreach with former residents, about 70 have moved into shelters. Others have moved off the slopes of Beacon Hill to Airport Way and Royal Brougham, where a city-sanctioned encampment is surrounded by orange, plastic fencing. There are maybe 50 tents there, as well as port-a-potties, tucked under on- and off-ramps. Others have likely dispersed across the city and surrounding areas.

In total, there are just over 100 people left in the Jungle, according to UGM and the city's count, although finding specific numbers have always been a challenge.

On Thursday, Murray filed a resolution with the Seattle City Council outlining his “next steps” for those final 100. It’s not the first plan to close this home to hundreds of homeless, something multiple Seattle mayors have tried. The city council signed a resolution last June outlining some processes for outreach and cleanup, although it was overshadowed by odd communication on timing and late night texts by Murray to councilmember Sally Bagshaw.

On Friday evening he made a related announcement, stating that he would take a second look at how people are moved out of unsanctioned homeless encampments.

This week's resolution tracks with Murray’s belief that the Jungle is “where some of the most extreme public health and safety risks exist,” as he said in a statement Thursday. But his resolution seemed to place more emphasis on infrastructure, stating that initial outreach efforts are complete and that "the City and state should proceed with an operations plan to refurbish an access road, clear debris and trash, and conduct overdue maintenance and inspections on I-5." To a certain extent, that focus gives emptying the Jungle a greater sense of inevitability than before.

The note about “overdue maintenance and inspection” is perhaps not entirely accurate, according to Travis Phelps from WSDOT’s communication offices, who says inspections are repairs have been done recently. There was no deadline for those inspections that has passed. Phelps says it’s more about constant and easy access to the site.

“That stretch of I-5 is over 50-years-old, so there’s a lot of aging components on this thing that need constant inspection and need constant maintenance as well,” Phelps says. There is an access road underneath the interstate, for example, that Phelps says its blocked by people, garbage and brush. “To set ourselves up for success in the future we need to get at that access road."

But while access is important for infrastructure, even Phelps says, "This whole issue is about homelessness" more than it is about highways.

The Mayor's proposed plan starts with a final ten day push to move people out. At the end of that period, police will order people out. The proposal goes on at great length to say they expect everyone to leave voluntarily, but does not rule out arrest.

In the ten days after that, crews will start "preliminary clean up and large debris removal." This is a major challenge, as has been documented recently, because crews have a hard time telling personal items from trash. So while the proposal promises storage of personal items, things almost always get lost. For the following four to thirteen weeks, WSDOT and Seattle Parks and Recreation will then begin clearing out brush, and regrading and paving the access road.

The assumption is often that homeless people will simply return to the site. And why not? It's an enormous space. Despite recent controversy about whether WSDOT should build a fence around it or not, barbed wire fencing has enclosed the space for years and done little.

As the city has done with Occidental and Westlake parks, the Mayor's Office holds out hope that "activating" the area will replace the negative with the positive. They've hired a private consultant "to develop conceptual designs for the western access points of the I-5 East Duwamish Greenbelt.... The intent of the design effort is to further public safety through better visibility and activation, and limit access for criminal purposes."

In an acknowledgment that simply making the place look better will not prevent people from returning, partners will use $1 million allocated by the State Legislature to staff the paths and open space in and around the area. There is mention of fence repair, but no language around a new fence.

The city council has been more skeptical of the mayor's cleanup efforts than he expected, especially with regards to how the city handles cleanups of encampments. Murray's Friday evening news dump regarding revised protocols for cleanups could push the process closer to what the council has wanted: he's promised a task force to look at the city rules for encampments, a monitor at cleanups to ensure better storage of personal items and more extensive outreach in the 72 hours leading up to the cleanup.

Council begins its August recess next week, so there will be a period of radio silence. But you can be sure they'll be poring over the details as they sip their lemonade.