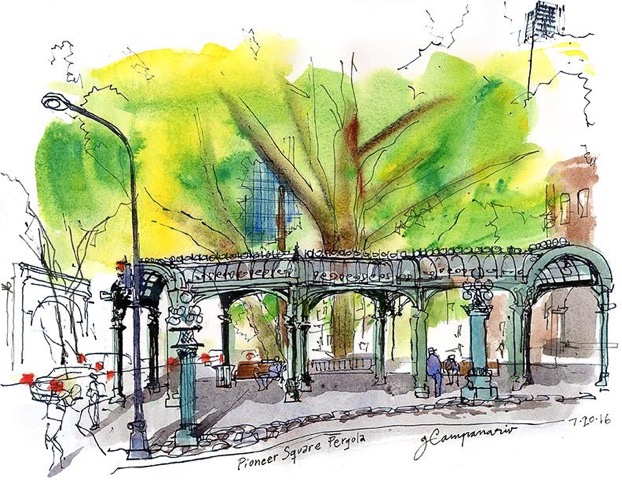 A whole host of events are scheduled on this art fair weekend including this show, about life in the city through the eyes of (once) displaced and (always) resilient artists. ’57 Biscayne is the collection of artist studios birthed by the creatives who once lived at 619 Western. When they were evicted from the Western building in 2011, painter Jane Richlovsky funneled relocation funds to help develop this new space. Now Placiness examines how these artists (and some guests, including The Seattle Sketcher AKA Gabi Campanario) look at the city that is both home and muse.

The hands down Seattle art event of the year given its scope, its lineup, its influence triggering all kinds of satellite events and, well, its ease getting around and taking it all in (go on Sunday early afternoon if you want to avoid the crowd). Art from eighty-four galleries from New York, L.A., Japan and Seattle take over the event space. There are also installations (Adam McEwen’s replica of an IBM supercomputer; Wynne Greenwood’s soft-sculpture chairs, Roxy Paine’s diorama of a CIA monitoring station); walking tours of the city in Lunar French and Martian English (yes, I’m serious), new dialects created by Glenn Kaino; talks by Carrie Brownstein and Kyle Maclachlan; dance performances including the one-and-only Bebe Miller; and an homage to the oeuvre of Jeffry Mitchell (those ceramic elephants! Those ceramic bears!). You could easily spend your entire weekend here.

KEXP Concerts at the Mural

I always look forward to KEXP’s Concerts at the Mural series. This year is extra special because it's KEXP’s first summer in its new home, just steps away on the northwest side of Seattle Center. The series kicks off Friday with The Thermals, along with Acapulco Lips and Mommy Long Legs — all bands in which lady rockers are refreshingly well-represented. Bring a blanket and snag picnic fixings for a perfect 74 degree evening beneath the Space Needle, alone or with loved ones. Headlining the show is Portland rock band The Thermals, whose popular album The Body The Blood The Machine turns 10 this year.

If you go: KEXP Concerts at the Mural, The Mural Ampitheatre at Seattle Center, Aug. 5 (Free)—N.C.

And one pick from our friends at 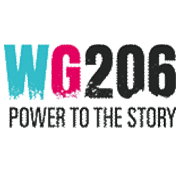 A great event for the whole family! Umoja Fest will feature a parade, children activities, fashion, music, food, and dancing to celebrate the African American community and African Diaspora culture in the northwest. “Umoja” is a Swahili word meaning “unity” — the theme of the festival.

Check out more of their pick's here!