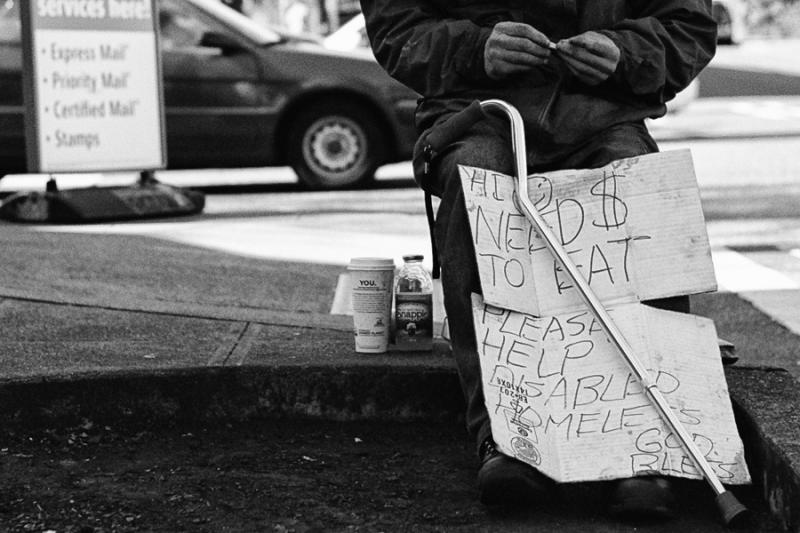 There’s not enough housing in Seattle for every citizen. As long as that’s true, solutions to homelessness will look something like a slide-tile-puzzle, rearranging the resources the city has in search of the most cohesive and acceptable solution.

The most recent iteration of that picture comes with the release today of a report from the former director of the U.S. Interagency Council on Homelessness (USICH), Barbara Poppe, and the analytics firm Focus Strategies, The report, which is long-awaited and comes with a nearly $200,000 price tag, focuses largely on national best practices.

Among the report’s most controversial findings is a recommendation to eliminate services deemed cost ineffective, such as transitional housing. Other findings emphasize performance based and competitive funding for service providers, and a re-jiggering of who should get shelter first.

Although representatives from Seattle, King County and the United Way stressed their pride on the region’s approach toward homelessness, the county’s homeless population has been steadily rising every year since organizations started counting, peaking at over 10,000 people last January. All the pride in the world can’t deny that the problem is getting worse.

“The status quo isn’t acceptable to anyone,” said director of All Home of King County, Mark Putnam.

Simultaneously with the release of Poppe’s findings, the Mayor’s Office released its plan for addressing homelessness over the next two years, which is calls “Pathway Home.” Although Poppe’s report is just being released now, City Hall received early drafts more than a month ago, and Mayor Ed Murray’s plan is built around many of the recommendations from Poppe and Focus Strategies.

On a broad level, Murray’s plan calls for

These goals are grounded in the philosophy that moving people into permanent housing should be a municipality’s first priority for its homeless, a view that is becoming more widely accepted across the country.

To make that happen, the report first calls for a major shift is a new level of coordination between the big funders of homeless services in the region — the City of Seattle, King County and the United Way.

“We have to be in sync and link arms together,” said United Way’s Vice President of Community Services Sara Levin. Essentially that means all three funders will agree on a specific set of criteria for which programs should receive funding and which should not. The idea is that service providers will adapt to what the region considers best practices, or they will perish. Competition is the name of the game.

This would require some occasionally painful changes in how the city considers the effectiveness of programs. Despite the common refrain from many city shelters that they are constantly at capacity, the report argues that the city actually has much more space than it thinks, with a more efficient deployment of resources and prioritization of the right populations.

A statistic from Focus Strategies states that 40 percent of the homeless population uses up 75 percent of the shelter space. In other words, people who become homeless settle into that system and stay there for a long time, returning to services over and over.

What’s the solution? First, a refocus on diversion. When someone is entering into services from “non-literal homelessness” (they have an unstable living situation somewhere) they should be caught early so they’re not subsumed in the broader system, according to Megan Kurteff-Schatz of Focus Strategies.

And those who have been living in shelters for years should be the top priority for the city. Currently, the county’s coordinated entry system prioritizes people by vulnerability — mental health, drug addiction, etc. Poppe said that should change because it focuses on getting people into services, not getting people out. If someone who’s been in shelter for ten years finally leaves, said Poppe, that opens up enough space for six people.

Of course, it’s one thing to say that the homeless should have homes. But Seattle is not Salt Lake City or even Houston: There’s a housing crisis here even for those who can afford it.

That fact underlies the tension around the report’s recommendation to do away with transitional housing. These are places families can stay for a limited time before, theoretically, moving into permanent housing. In Focus Strategies’ analysis, said Kurteff-Schatz, “transitional Housing turned out to be by far the most expensive” for the results it produced. They recommend an emphasis on rapid re-housing, or moving people directly into a place that will morph into their permanent home.

Lee fears what will happen if the revolving door of transitional housing is closed. “If we took all the transitional housing units and made them permanent, then where are people from the shelter or the streets going to move to if all the units are full? If they want to do rapid re-housing in this community, they should make the rent subsidy a year or two.”

In reality, rapid re-housing offers subsidies for 3-9 months, at which point the person either transitions into permanent supportive housing (largely for people with mental health issues or drug addiction) or into paying their own rent.

So far, only 52 percent of people “succeed” in rapid re-housing in Seattle, said Kurteff-Schatz, “a very low number” compared to the national level. Still, she stressed, it’s more cost effective than transitional housing.

Many of the other recommendations are unsurprising: more 24-hour shelter, address racial disparities and, of course, add more housing. Poppe did not touch the question of encampments, something she's been opposed to since her time at USICH, saying Thursday that her focus was on the system.

There was also little mention of what should be done with those struggling with mental health or drug addiction, apparently ceding those questions to the city's opioid task force and the broader struggles of mental health care in Washington State.

For the city council's part, there was a mixture of optimism and skepticism. Councilmember Tim Burgess called the plan "a better pathway." Councilmember Lorena Gonzalez struggled a bit with who, exactly, should be the region's priority. And, in general, there was a lot of head scratching as to exactly shelter capacity and just how far the city could stretch its dollars.

All Home’s Putnam acknowledged that “shifting to a new approach won’t happen overnight” and that “not everyone will be happy,” a truth apparent minutes after the report’s release.

Still, despite many years of plans and analyses, both at the city and county level, Putnam showed confidence that this arrangement of the slide-tile-puzzle would be the best, the most “courageous.” The mayor's given himself two years to unfold this plan, at which point we'll see if that's the case.

Correction, 4:30 PM: A previous version of this article mischaracterized the funding source for a LIHI transitional housing development. It is federal, not city.