Puget Sound's most courageous leaders of 2016 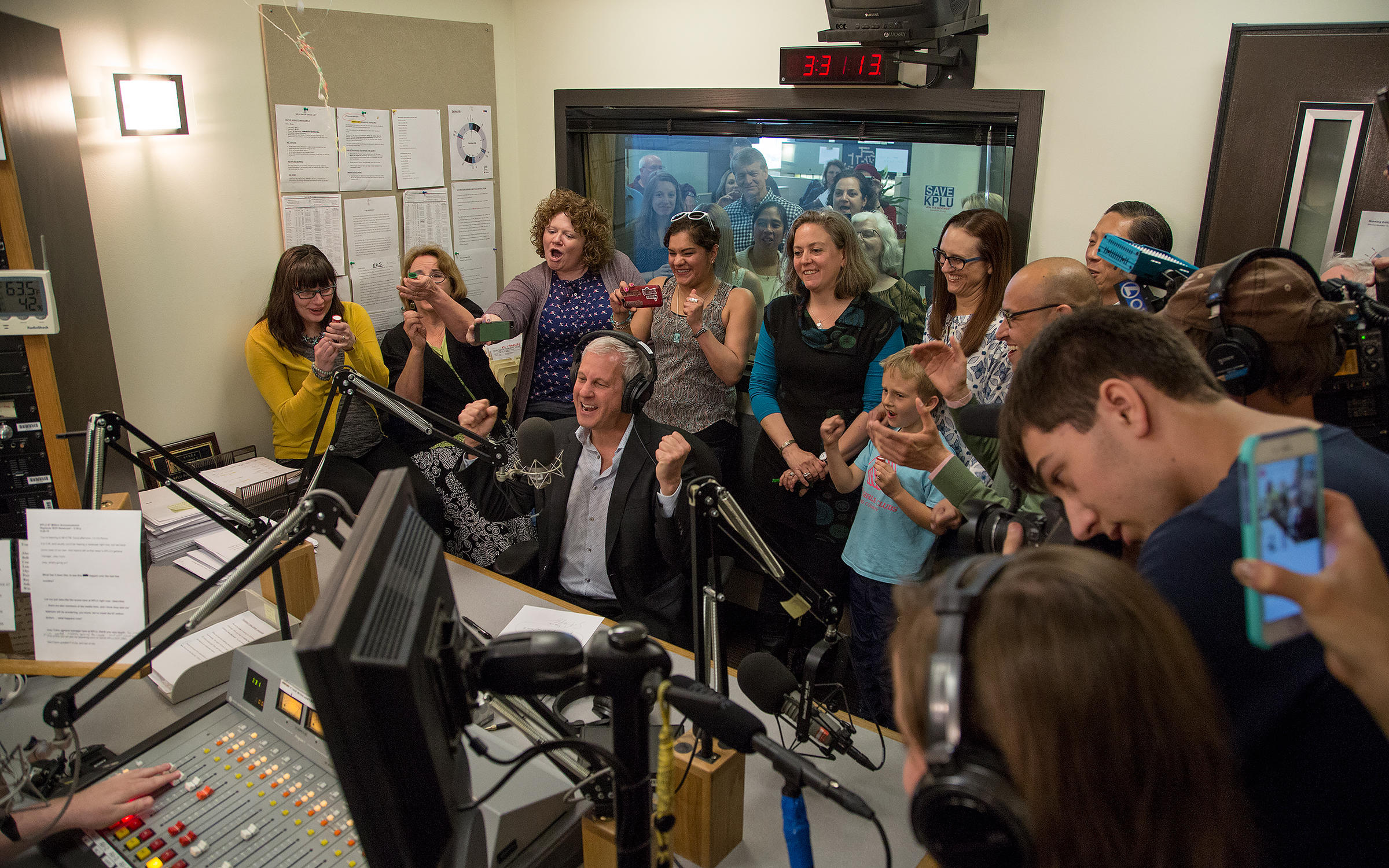 KPLU General Manager Joey Cohn, surrounded by KPLU staff and local media, announced that the Save KPLU campaign has hit its fundraising goal.

A veteran public servant who has spent decades in government and philanthropy. A banker who has worked to give immigrants a foot in the door to citizenship. A nonprofit leader who works to better the lot of Native Americans. And a thousands-strong community group that came together to save a beloved public radio station. These are the winners of the 2016 Crosscut Courage Awards.

What do they all have in common? When faced with the choice between dialog and rhetoric, they chose the former.

The winners will be honored at the Crosscut Courage Awards Breakfast on October 14, an event that brings together civic, business and cultural leaders each year to honor those that make Washington an exceptional place to call home. Individual tickets as well as tables are available now for reservations (we made it easy with the ticket form below).

The breakfast will include a keynote by author and Harvard visiting fellow Qasim Rashid about the power of dialogue to overcome racism, xenophobia, intolerance and violence. That will be followed by a conversation with former Seattle Police Chief Norm Stamper on the role of trust, community and communication in Seattle police reform.

Courage in Culture Honoree: Friends of 88.5

Last November, Pacific Lutheran University announced it was selling local NPR station KPLU to the University of Washington. KPLU's newsroom would be disbanded and its jazz programming absorbed into KUOW. For the leadership team and members of the station, it would have been easy to just fold up the microphones and tell staff to look for work elsewhere. After all, the $7 million deal was all but done, pending an approval from the FCC.

But that didn’t happen. Instead, they went to the University of Washington and asked for a moonshot chance of matching the $7 million offer and buying the station themselves. UW agreed and gave them six months to do it.

Enter Friends of 88.5. Created out of the vestiges of KPLU’s community advisory board. The nonprofit was slapped together in a matter of weeks. The group organized rallies across the region, including a KPLU day in Tacoma. The drive was so successful, they actually raised the money with time to spare.

Today, KPLU is KNKX, an independent nonprofit. The station is not totally out of the woods yet: No matter how you slice it, it’s a challenging time to be in public media. But in a stormy sea of dismal news about the decline of journalism, Friends of 88.5 are a life raft. 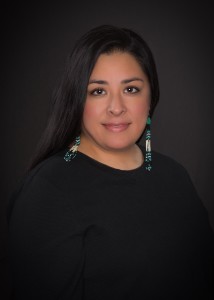 As executive director of the Chief Seattle Club, Colleen Echohawk has involved herself heavily in homeless issues and public safety, while leading a reinvigoration of an organization that serves American Indian and Native Alaska people in Seattle.

After taking the post two and a half years ago, she soon decided the organization had to do much more to recognize the multiple traumas faced by its population and to be much more involved in homeless advocacy. She had no experience with fund-raising and found the idea of approaching groups like United Way frightening, but it’s now the Club’s biggest funder.

“She has got this way of being very positive and constructive," says Mark Putnam at All Home Seattle, the organization coordinating homeless efforts in King County. He praises her ability to build strong relationships while also really pushing issues, including around the extreme racial disparity in homeless rates.

Among the partnerships she has built are with the Seattle Police Department and the Mayor’s Office to combat Pioneer Square’s crime, including a shooting death this spring in front of the Club. One early trigger: She went outside with a client  — a pregnant woman trying to do the right thing by her child in quitting crack 18 days before — and saw a crack dealer trying to interest her in smoking a pipe even as the two women talked.

Echohawk admits that the traumas suffered by homeless clients hit hard with her growing staff, but the self-professed lover of all things Seattle (“I wish I was born here!”) says Seattle’s people genuinely want to help when they hear about the needs and the people the Club serves. Last year, 16 Native people died on the streets.

“This city,” she says, “is losing out on incredible people.” If she has her way, that will change. 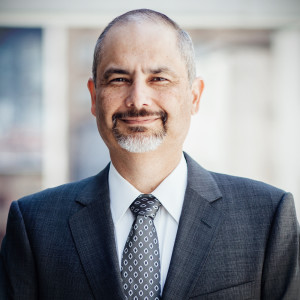 When immigrants want to become a legal citizen of the U.S., there are a number of hoops they must jump through. They must get in a long line, in which their nationality can determine their priority. They must learn about our system of government, memorizing more than many natural-born citizens actually know. And at the end of it all, they must pay a hefty sum of cash.

Under the leadership of CEO Richard Romero, the Seattle Metropolitan Credit Union has begun helping with this final hoop. This is done in the form of loans to immigrants for their $680 filing fee for green cards, provided through a novel partnership with the City of Seattle. For families, the filing fee can add up to thousands of dollars. Considering as many as half of King County’s 100,000 immigrants eligible for citizenship are impoverished, MECU’s loan can be the helping hand many need.

While some are interested in building walls and preventing immigration this year, especially from war-torn areas such as Syria, Romero’s initiative cuts against the grain in a humane way. It honors one of our country’s core values of welcoming the tired, weak, the huddled masses yearning to breathe free. 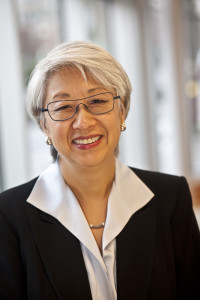 As she sits on the bus in the morning, with her low-key, unassuming manner and neatly parted hair, you might not guess that Margaret Choe is one of the most influential people in Washington’s recent history. But Choe has been a trailblazer for both women and people of color in Washington, and her remarkably accomplished career spans the state’s corridors of power.

From her terms on the Seattle City Council to leadership positions in the banking sector and state government and her global influence as the chief administrative officer of the Gates Foundation for over a decade, Choe has embraced a leadership style that prioritizes compromise and getting things done over popularity and easy point-scoring.

Leadership — which Choe has called “hard and lonely work” — requires both “vision and reality,” she said in a recent talk at the Henry M. Jackson Foundation. “Leadership involves people, not just org charts and boxes. Learn, listen and understand different perspectives.”

Choe used this approach to get Asian at-risk youth off the streets by investing in community centers, to revive Seattle’s downtown by re-opening Pine Street to cars and bringing more than 1 million square feet of retail space to downtown Seattle between 1996 and 1998, and to build the Gates Foundation into its present form. As someone who has dedicated her lifetime to public service and steady leadership, Choe exemplifies what it means to be an involved, courageous citizen of the Pacific Northwest.