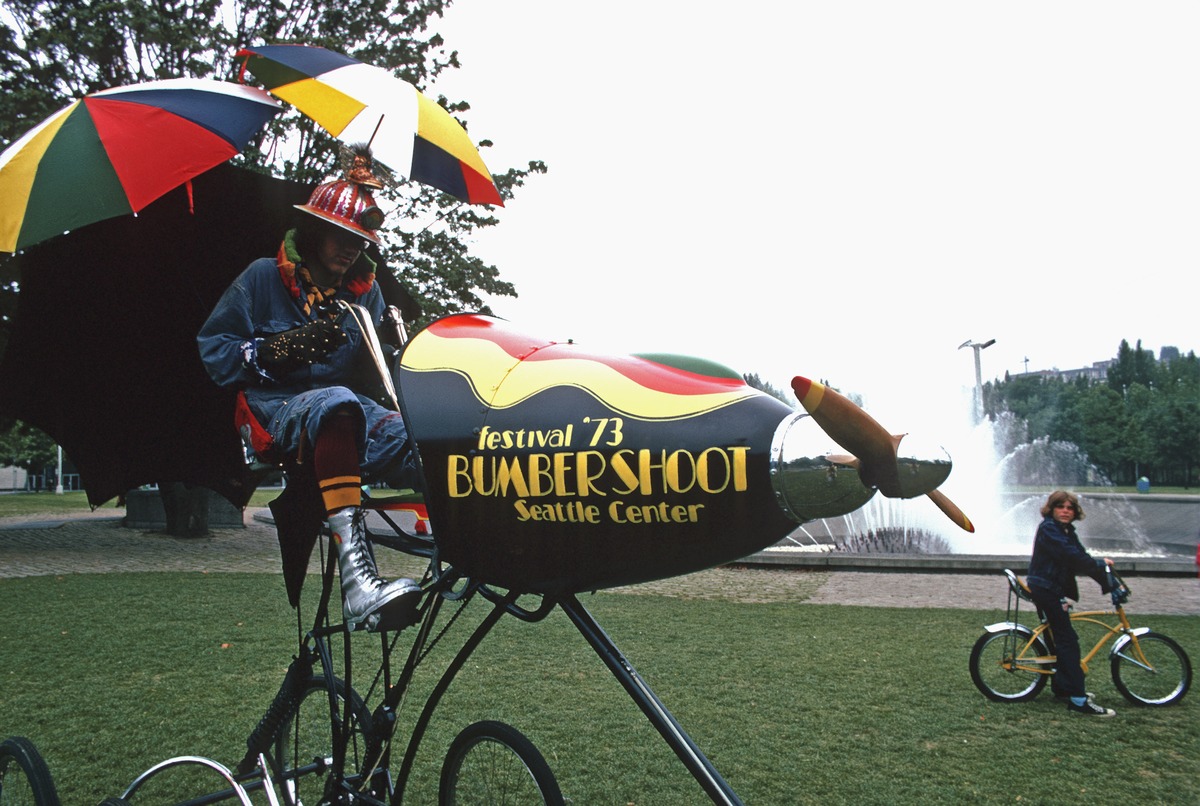 Is it worth spending more than $100 for just one day of this three-day festival? With more than 180 performers including local favorites (Death Cab for Cutie, Thunderpussy, Fly Moon Royalty, Macklemore), out-of-town musical geniuses (Kamasi Washington, Blind Boys of Alabama, Michael Franti), Oh Wow I Didn’t Know They Were Still Alive folks (the one and only Billy Idol), comedians, authors, theater artists, dancers and something called Yogashoot—you could certainly argue, Why yes, yes it is.

One of my teenage fantasies included Simon Le Bon wistfully serenading me from the stage. (That’s what happens when a magazine photo of Duran Duran outfits the inside of your high school locker and the band’s Save a Prayer is chosen as your unofficial prom slow dance song). Duran Duran has been around for a long time — 30 years in fact — but so have some of us. So celebrate this fact and relish the notion that an ‘80s band is still touring, still putting out music and can still satisfy your New Wave-loving soul.

In Miss Sharon Jones!, award-winning filmmaker Barbara Kopple chronicles Jones’ early career, rise to fame with Sharon Jones and the Dap-Kings in the 2000s, and recent battle with cancer — all the while never giving up. Most enjoyable of all is that for only 93 minutes, watching and listening to the unparalleled Jones, who through decades, has proven again and again that her presence is pure light. Called by some the female James Brown, now 60 and still battling cancer, Jones continues “to give the people what they want” with her rousing, joyful performances, many of which are shown in this inspiring documentary. Above is Sharon Jones and the Dap-Kings performing at KEXP’s new home grand opening in April.

Following the Seattle WTO protest in 1999, Seattle Police Chief Norm Stamper resigned from his position. Now, 16 years later he has become a writer and activist on police reform and justice. Stamper comes to Town Hall (from his home on the San Juan Islands) to read from his latest book, the enlightening, stirring To Protect and Serve: How to Fix America’s Police. Starting with the history of policing in the U.S., Stamper builds up from this flawed foundation to paint the police force we see today — one, that in many cities, is plagued by corruption, militarization and increased violence against society’s most disadvantaged. For me, a curious citizen, Stamper answered many questions, raised many more and offered a model for improvement. All this while writing with a peerless intelligence, urgency and sense of hope. This is an important book, and an important talk, for every citizen. In case you’re not convinced, Seattle Weekly says it best: “Stamper is an advocate for the kind of social justice that Bobby Kennedy would have loved — a cop with guts enough to admit his own mistakes, learn from them and remain a voice for changing the institution that both made and broke him.” If you can't catch Stamper this time, Crosscut reporter David Kroman will be doing an on-stage Q&A with him at the Crosscut Courage Awards. You can learn more here.