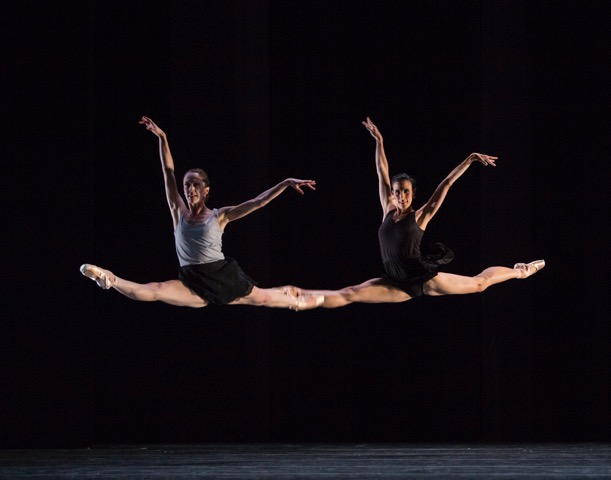 In college, a couple of friends studied abroad in China while I studied abroad in Italy. While I came back with a lot of Nutella and the annoying habit of correctly pronouncing “cappuccino” in public, they returned with an unequaled love of tea, the apex of which was getting “tea drunk” in our shared living room. Whether “tea drunk” is a state that can actually be achieved or, like the jackalope, a mere myth, is for you to find out. And what better place to do so than at the Northwest Tea Festival!

With samples of tea from companies near (Remedy, Miro, Choice) and far, you’re sure discover a new favorite tea. In addition, tea industry experts will be leading talks and presentations with such intoxicating titles as “Five Teas That Launched a Revolution” and “Infusing Tea into Food.”

The city’s premiere showcase for male dancemakers returns again for two weekends on Capitol Hill. All different genres (modern, ballet and something known as Early Renaissance sword dancing!), which means all kinds of dance moves across all kinds of body types. It’s always one of my favorite showcases in the local dance scene for who it brings on stage and for whose work it spotlights. This year’s choreographers include locals Dylan Ward, Deborah Wolf and Bruce McCormick as well as Jason Ohlberg and Mike Esperanza, both from New York and Joshua Monten from Switzerland.

Pacific Northwest Ballet opens its season with two works by one of the most versatile and talked-about young modern choreographers of our time —Benjamin Millepied — and a third work by the masterful George Balanchine. Three couples anchor Millepied’s Appasionata, which is danced to a Beethoven sonata, in a 2016 work that’s both lyrical and athletic — signatures of Millepied’s choreography and why he’s a much sought-after dance maker. But I could watch his 2008 3 Movements over and over and over again, with its Steve Reich music, its swingy, fluid, eclectic moves and those black-and-gray costumes all lit magnificently. Balanchine’s Symphony in C is classic, crowd pleasing, full of tutus and, on opening night, marked the return of Carrie Imler from maternity leave. She, in anything, will always make me excited to take in ballet.

If you must watch only one clip of RuPaul’s Drag Race, watch the season five Snatch Game in which Jinkx Monsoon does an incomparable Little Edie, capturing the Grey Gardens documentary subject’s very essence, down to her striking Long Island accent. And then go see local girl Jinkx, drag superstar and all-around brilliant actor and vocalist, in this one-night only Grey Gardens tribute, performing alongside the equally talented Peaches Christ, a San Francisco queen who graces Seattle with her presence a precious few times each year. Jinkx, Peaches, and Mink all ooze charisma and glamour but most striking to me is their talent as performers. Jinkx can hit notes that would make mezzo-sopranos nod in approval and all of them can commit to a character — and deliver — along with the best of stage actors, under 4 tons of make-up.

Photographer Mary Ellen Mark spent five years documenting the homeless youth of Seattle in the early 1980s. Her Streetwise project would become one of the most celebrated photographic works capturing this slice of life on the margins — a subject that really never loses its relevancy to today. Mark’s husband, Martin Bell, would eventually profile one of the youths, a woman who went by the name Tiny, in his Streetwise documentary film. And the photographer would continue a relationship with Tiny for the next 30 years, showing us her transformation from teen into a middle-aged mom.

This remarkable series of photographs is on display on the eighth floor of the downtown public library. Screenings of both the Oscar-nominated Streetwise and Tiny: The Life of Erin Blackwell, will also be held throughout the duration of the exhibit. Check the calendar for specific dates and times. A heads-up on a related event next Wednesday: Photographic Center Northwest’s Michelle Dunn will deliver an art history talk on the photographer at 7 p.m.

Seattle horror improv troupe Blood Squad’s shows are among the best comedy the city has to offer. Veteran improvisers Molly Arkin, John Axell, Brandon Felker and Elicia Wickstead are each super smart and talented, making for a night that’ll have you slapping your knee in the moment, and chortling for days after. For this show, their first in a while, Blood Squad will be improvising an entire storyline in the style of a classic slasher film. Shows are always $10 at the Annex, and sold out, so buy tickets quick while you can. Or maybe show up at the door and hope — at last check, Friday was sold out but tickets were still available for Saturday.